You are here: Home / News / Swatch CEO’s thoughts on the Apple Watch

We wanted to get an answer from the Swiss watch industry. So we asked this question to Nick Hayek who is the CEO of the Swatch Group. He oversees luxury watch brands such as Breguet, Omega, Harry Winston and many more.

Swatch CEO Nick Hayek has said in an email:

I have only seen pictures so far from the Applewatch and my experience in the watch business tells me that you have to touch and put the watch on your wrist before you can give a valid judgement.

I can only compare with many other watches from the watch industry, from US, from India from China and Japan and of course from Switzerland…and many many Brands have done very beautiful, iconic watches that are collected, sold and bought in auctions for many millions, Swatchwatches included…and since Apple says its a watch I have to compare the aestetics with the industryleaders in watches.Here I think indeed it does not seem to be a milestone.

However if you compare the consumer electronics companies different, so-called smart watches, Apple has certainly created a very good design, but its within consumer electronics category and not watches…but as always aestetics in watches are very emotional and therefor very personal…so each one should decide for himself if he, she likes it or not.

We also asked about their smart watch plans. Previously it was reported that Swatch is planning to launch a smart watch:

We did in the past (Swatch Access/Paparazzi…) do today and will do in the future… However they will always be first beautiful watches…and no need to recharge everyday nor every month…. Said Hayek. 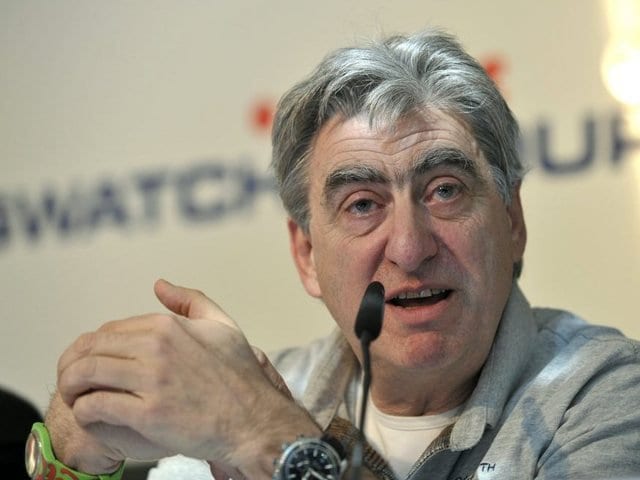