You are here: Home / iPhone / This new iOS 13.3 feature makes it worth waiting for the update

Apple released iOS 13.3 developer beta today for developers. The good news is that this new update seems to have better RAM management as opposed to the current iOS 13.2. We tested the update on an iPhone 11 Pro and found that apps don’t re-load as often. Since this is the first beta, we are hopeful that the issue will be fixed by the time iOS 13.3 is ready for final release. Apps such as Safari feel snappier as well.

There is however one small feature that will make iOS 13.3 an update worth waiting for! 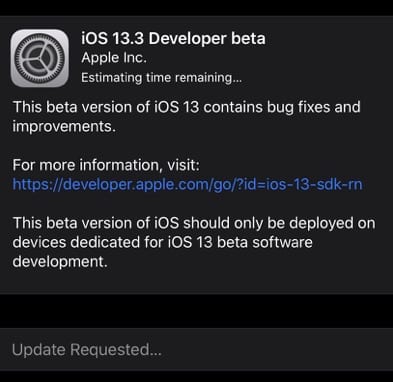 The ability to disable the Animoji and memojis stickers from your iPhone’s emoji keyboard!!

When iOS 13 was released in September along with customized memojis, many users hated the way the new keyboard was laid out. The keyboard always showed your memoji and animoji stickers as a feature when you used your emoji keyboard on your iPhone or iPad running iPadOS.

Users who didn’t use memoji stickers in their communication were not too happy with the new layout. Unfortunately, there was no way to completely remove the memoji stickers feature from the keyboard.

The new upcoming update will change that as Apple seems to have listened to the user community feedback.

In iOS 13.3 and iPadOS 13.3, You can now completely disable this using keyboard settings. Once you disable it, they will no longer show up in your emoji keyboard on the left!

Here’s how you can tackle this using Settings:

This will disable the Memoji and Animoji stickers from your emoji keyboard.

Other notable features in iOS 13.3, include new communication limits feature in Screen Time that allows users to set time limits based on contacts, inactive devices are removed from Screen Time and more.

Stay tuned for new updates as we deep dive into iOS 13.3!

What are some of the new features and bug-fixes that you are looking forward to with the upcoming iOS 13.3?