By now, you should be familiar with the M1 chip, Apple’s new SoC that’s replacing Intel as the processor for all future Macs. You can even buy a few Macs now that already have the M1 chip installed.

If you’ve already gotten your M1 Mac or are considering ordering one, you might have a few questions on your mind. For many users, especially developers, an important use case for a Mac involves running Windows (or Windows apps) on your macOS machine.

For those who need to run Windows on their Mac, you may want to read this post before making your purchase.

Unfortunately, the M1 chip does cause complications if you want to run Windows on your Mac. This is because the M1 chip uses a different architecture from Intel chips, which are the chips that Windows is designed for.

Specifically, the M1 chip is built on the ARM architecture, while is Intel is built on x86 architecture. This means that, on a fundamental level, M1 Macs and x86 PCs are incompatible with one another.

The architecture of the processor doesn’t just change how a computer runs, but what can run on that computer. Apps have to be built for one or the other. It’s such a challenge to compensate for this difference that even apps that were built for Mac in the past have to be rebuilt or translated using Rosetta 2.

So when it comes to running Windows on an M1 Mac – yeah, there are a few problems, to say the least. 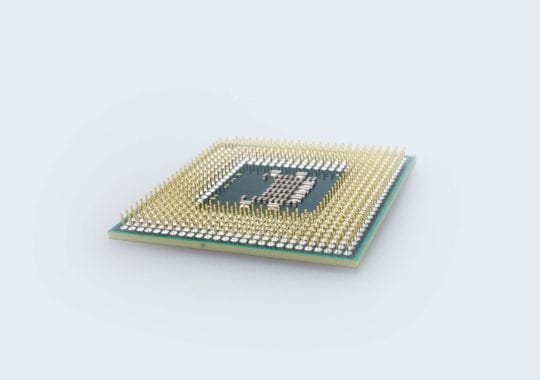 x86 vs ARM: Why Apple switched

Before we get into the extent of this problem, let’s take a moment to understand why Apple would switch from x86 in the first place.

First, the obvious answer: Intel owns the x86 architecture. It’s the company that invented it! So for Apple to break away and make a competing chip, it only makes sense to go with an alternate architecture.

Second, Apple has been developing ARM chips for some time now in its mobile devices (iPhone, iPad, Apple Watch, AirPods, Apple TV – everything). Apple’s engineers are experienced, comfortable, and effective with this architecture. It’s in their wheelhouse.

Third, because Apple has been building all of its mobile devices with ARM chips, that means that an ARM Mac can run iPad and iPhone apps. This is a big step towards closing the gap between these devices and increasing the compatibility between them, which is a very Apple move to make.

Now that we know why Windows might not run on Mac and why Apple chose to make this decision, it’s time to answer the question that’s on most of your minds. Drumroll…. No, Boot Camp does not work on the new M1 Macs.

I don’t think I need to go into too much more detail here, as we just got done explaining why this is the case. But it’s true. Windows used to be installable on Mac through the Boot Camp feature. Since the Mac processor can no longer interpret the Windows operating system, this is more or less impossible at the moment.

Does this mean that Apple will stop supporting Boot Camp entirely?

This question is a bit tougher to answer. I have no idea what is on Apple’s agenda; maybe Boot Camp is coming back next week. If I were to guess, I’d say Boot Camp’s return is at the absolute very least a year away, and more likely, isn’t coming back for a much longer time, if ever.

That’s because there are only two ways to solve the discrepancy between the ARM and x86 architectures. Either Apple creates a Rosetta-esque service that translates Windows 10 in real-time, or Windows offers a robust ARM version of its OS.

I don’t see the first of these things happening anytime soon. The second, however, already kind of exists. You can download and install an ARM version of Windows 10 onto ARM SoCs. At the time of writing, though, this version of Windows isn’t the most reliable. It’s slow, buggy, and because it’s ARM-based, it doesn’t run any 64-bit Windows apps (you can run 32-bit, however).

Microsoft is working to improve this, so hopefully, the ARM edition of Windows 10 becomes more practical in the future. However, even if Microsoft announced tomorrow that the ARM Windows 10 is just as robust as x86 Windows 10, that doesn’t mean you would be able to install it on your Mac. Apple would then need to revive the Boot Camp feature, which of course, remains to be seen.

In short, Boot Camp on Mac is dead for the foreseeable future, and I would not count on it coming back anytime soon.

What about Windows virtual machines on the M1 chip?

This brings us to the second way that you would run Windows on a Mac, and that’s through a virtual machine.

For those who don’t know, a virtual machine is an emulator for a computer. It creates a little window on your desktop with a second desktop inside it for whatever platform you like. Typically, this is used by developers, though you could also use it for running Windows apps on Mac (such as games).

The prognosis here is a little brighter. There isn’t anything stopping Windows VMs from being run on M1 Macs – eventually. The challenge here is that most VM applications were built for x86 Macs. So all of the existing VMs that you know and love now have to be rebuilt for the new Macs.

Apple did show Parallels (a popular VM) running on an M1 Mac during WWDC20. However, this was a prototype version of Parallels, and it was running Linux, not Windows 10.

In short, it looks like VMs are coming to M1 Macs. They just need a bit more time.

Should you skip the M1 Macs if you need to run Windows?

Sadly, the hope of VMs coming to Mac might not be enough for some users. With Boot Camp gone and VMs DOA, the M1 chip might not be an option for professionals.

If you work in Windows VMs daily, I would wait to pick up an M1 Mac. I wouldn’t tell you to never get one, just to wait until next spring-ish and upgrade then. I doubt it’ll take much longer than that for popular VMs to return to macOS.

If you work in Boot Camp on Mac frequently, I would skip the M1 Macs for the foreseeable future. I’m not sure if or how Apple prioritizes Boot Camp, which makes it tough to say whether or not it will come back. Unless you have a Windows 10 machine at home that you don’t mind switching between, I wouldn’t trade an Intel Mac for an M1 Mac for some time.

It’s not all bad news. There are a few workarounds you can use on an M1 Mac to run Windows VMs and apps. Below are two reasons you might be able to go ahead and buy the M1 Mac today.

Parallels VM and other popular VM services (like VMFusion) are in the process of developing Windows VMs for the M1 Macs. However, it doesn’t seem like any VM provider is quite ready yet. Parallels has announced that they’re working on it and that things look promising.

Beyond that, we don’t know much. Though I know nothing about developing a VM for a new architecture, I would say it’s a safe assumption that the first VMs will at least be ready by next spring. So if you can wait, I would wait.

While you wait, I’d 110% recommend you check out CrossOver. CrossOver is a VM alternative that allows you to run Windows apps on a Mac. Rather than emulating a Windows environment (like a VM) it instead translates the Windows commands into Mac commands – even on M1 Macs.

This allows you to run all of your Windows apps (including ones that you’re developing) on your Mac. While it doesn’t offer the same level of depth as a VM, it gets the job done and saves you from purchasing a Windows license. And if you use VMs or Boot Camp for gaming on Mac, then CrossOver has you covered.

Conclusion: Wait, or move on

For most users, I imagine that the prospect of VMs and alternatives like CrossOver will be enough to satiate you until Windows support on M1 Macs improves. For those who need Boot Camp, however, I would grab an Intel Mac while they’re still around and cross your fingers. Or, maybe it’s time to buy a Windows?