You are here: Home / News / Samsung’s Q2 Earnings. A Wake up Call for Apple?

Samsung reported its best quarterly earnings in more than nine quarters, aided by strong Galaxy S7 Sales and minimal competition from Apple. The $7bn Operating income this quarter comes at a time when there has been weakness in the global economy due to multitude of reasons with the China being one of the main factors.

The S7 phones have proved to be a hit with consumers especially given the lack of competing iPhone models. Samsung probably sold 15 million units of the S7 in the quarter after shipping 10 million in March when it debuted, said Greg Roh, an analyst at HMC Investment Securities in Seoul. 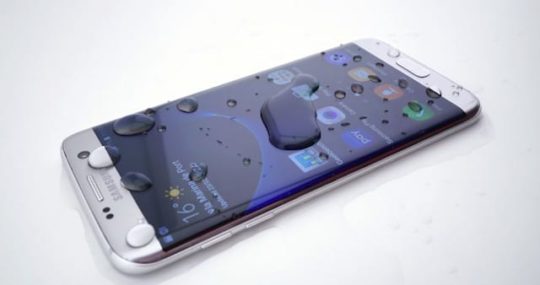 It was a similar story last quarter for Samsung. while Apple’s Tim Cook spoke of the global weakness during the earnings call, Samsung went on to deliver impressive sales number associated with S7’s. Last week in a feature story published by Digitimes, we saw that Samsung’s S7 models are performing way better than Apple’s iPhone 6 in China.

This quarter not only saw an increase in revenues related to smartphones but also saw a dramatic uptick in its OLED Display business establishing that most smartphone makers are preparing to adopt the OLED display technology in their next generation phones. This would mean that an AMOLED display on the iPhone 7 is not going to be a major differentiating criteria between the next gen phones out there.

Samsung’s smartphone business generated roughly half of its last quarter’s sales. In Comparison, almost 2/3 rd of Apple’s revenues is made up of iPhone Sales. As a rule of thumb, Apple makes a $1bn revenue with every million unit of iPhone Sales. It was no surprise last quarter when it reported lower iPhone unit sales and associated revenue. The only bright spot in the iPhone Sales numbers last quarter was probably the uptick in sales from India, which saw a 56% increase in sales from prior period. While Apple noted weakness in the China market, Samsung reported a 10% increase in sales this year for their S7s during Q1.

Interestingly, the US market saw a growth of 30% in sales associated with the S7 this year. This would imply that the consumers are willing to upgrade even in a difficult market if the hardware has appeal and good value for money. From a price perspective, Samsung S7 phones were not any cheaper than the comparative iPhones. In the first quarter this year, a Samsung S7 Galaxy edge was retailing between $780 – $795 full price compared with the iPhone 6S Plus which retailed at $750.

Some of the differences between the iPhone model and the S7 were primarily around waterproofing, reintroduction of expandable storage and better battery performance in S7. Are these differences the major contributor for higher S7 Sales and if so what does Apple need to improve upon their sales.

Given what we know about the iPhone 7 from all the rumors, do you think it has a chance to slowdown the S7 /”S8” momentum? WSJ carried a story this week that suggested waterproof features in iPhone 7 along with a starting memory of 32GB. We wonder if these features will prove to be valuable enough for some one to jump into the upgrade path.

Perhaps a better question to ask is what features would YOU like to see in the next iPhone model before you are willing to open up your wallet and upgrade?