You are here: Home / News / Samsung Takes Another Page from The Apple Design Playbook

It took courage on Apple’s part to remove the headphone jack. Or at least that is the official claim. We don’t hear as much noise around the Home button changes in the new iPhone 7.

The home button is one of the most used buttons. iPhone users press their home buttons dozens of times per day, to exit an app, get back to the home screen or to turn on their phones.

In all iPhones till now, it’s been a physical button you could press and click to activate, but on the iPhone 7, it’s been transformed into more of a touch-sensitive surface.

We have all heard rumors and speculations for a while now around how Apple may just do away with the Home button for good.

Well, according to a new patent released today by Samsung, it appears that Samsung is planning to implement the same in future models. Patent # D768,105 from Samsung is a claim for the ornamental design for a new Smartphone. I guess Samsung doesn’t wait too long to steal one from the Apple’s design playbook. 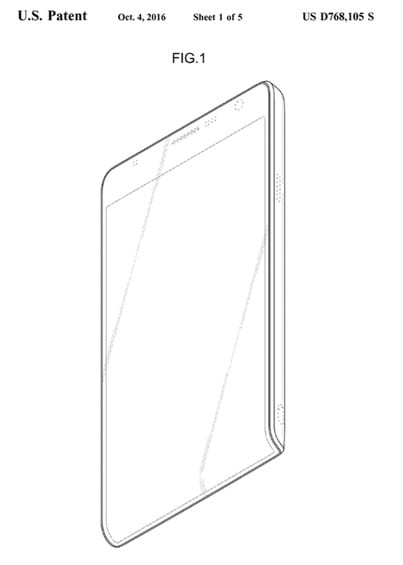 Unlike the Galaxy Note 7, which sports a home button at the bottom, the new design claim showcases a complete glass screen that angles down at the bottom of the device. The design completely eliminates the home button.

By opting for  a “solid state design” for the button on the iPhone 7, Apple is able to make the iphone more waterproof, and also allow users to customize different kinds of haptic feedback for notifications, ringtones and more.

If you examine some of the iOS 10 features closely, it becomes apparent that one does not really need the home button for most of the functions any more. The Raise to wake feature, for example takes care of waking up the device as opposed to us pressing the home button. The iOS 10 design is clearly signaling that Apple may completely do away with the Home button in future iPhone models.

Having said that, it is going to be a major change for the consumers that have become used to the home button on their iDevice. Even the new iPhone 7’s home button or what little is left of the button takes some time getting used to. There are some that absolutely love it while others have found it really weird.

If Apple decides to completely do away with the Home Button, it is going to be a major change for the existing users.

Even though Samsung has completely removed the Home button on this future model, it is still sticking to the headphone Jack on this model. 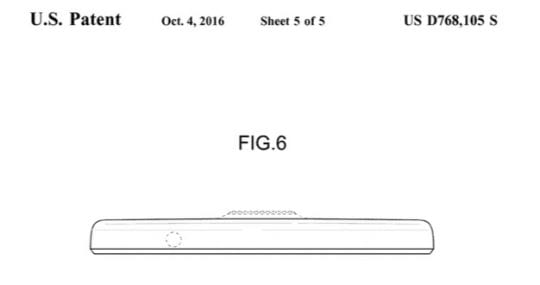 Perhaps all the courageous moves are reserved only for the Apple Playbook for now!