Although most new iOS versions are backward compatible, in that they work with all the previous iPhone models, You may want to think again before you upgrade your iPhone and iPad to the newer iOS 10. 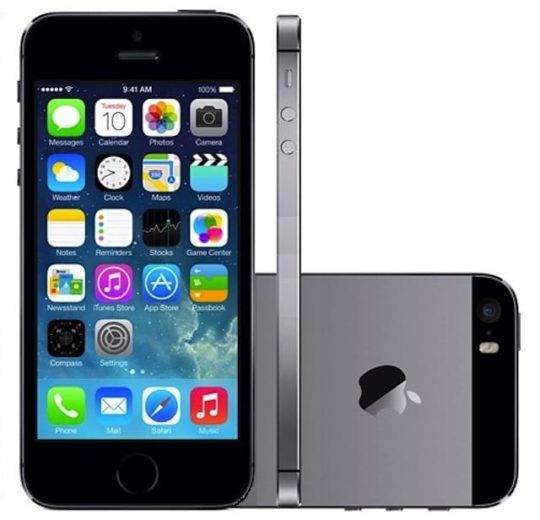 The new features in iOS 10 are primarily designed to take advantage of the processor speeds in the newer iPhone models. The iPhone SE for example sports the new A9 Chip with the M9 Motion co-processor similar to the iPhone 6 and iPhone 6S models. These chipsets are designed to withstand the incremental needs of the new iOS features. These features will also work amazingly fast on iPhone 7.

As iOS has evolved over the past few releases, Apple has added a lot of new multitasking and gesture based features. Most of these features work flawlessly on the newer models while causing lag issues and battery drainage problems on the older models.

Will the iOS 10 work on my iPhone

With iOS 10, Apple has clearly eliminated support for the new iOS on iPhone 4 models. If you have an iPhone 4, you will not be able to download the iOS 10 for your device. iOS 10 will be made available for the iPhone 5 models and later models.

If you are using your old iPhone for basics such as phone usage, texting, imessage and other essential  functions, you may not want to upgrade to the newer iOS. If your older iPhone 5 is holding up well on the latest iOS 9.3.2, you can leave it at that version to enjoy all the features available from iOS 9.3.2 including night shift and low battery mode. As of writing, cool features such as “Raise and Wake” will not be available for iPhone 5 models.

If you however like to take the iOS 10 for a spin, for instance to try out the new iMessage with the emoji enhancements, you can try to download the new iOS on your iPhone. Please make sure that you do a proper backup of the iPhone using iTunes. That way, if you are not happy with iOS 10 experience issues and want to revert back to good old iOS 9.3.2, you can do that easily. Please note that Apple allows a limited time window for downgrading your iPhone to prior iOS versions.

Tips To Speed up iPhone on iOS 10

If you upgraded your iPhone with iOS 10 and most of the functions seem to be working but you are experiencing some sluggishness on your iPhone interface you may want to check these settings out:

Tap on Settings > Accessibility > and switch Reduce Motion to Off. In Accessibility, you can also turn off the Reduce transparency and increase contrast. Tap on Settings > General > Spotlight Search > Siri Suggestions. You can switch this setting to Off. Lastly, perform a forced restart on the device. You can do a force restart by pressing and holding the Home button and the sleep/wake button until the device reboots and you see the Apple logo appearing.

Given the issues that are experienced following a big iOS update, we would recommend that you not update your iPhone 5 and wait till the dust settles a bit.Wait for the first iOS 10.1 before you take your iPhone into the world of iOS 10. Or at least a few weeks once the public version is made available in Sept.  Better Safe than Sorry!

And if you must experience the new iOS 10 features or that new cool game that only works effectively on iOS 10 and a newer iPhone, you may consider upgrading your device. There are still good deals out there for the new iPhone SE  and the iPhone 6 models which is a pretty decent device for those of you that are still sporting their iPhone 4S and iPhone 5 models.

Here is a brief summary of some of the new features of iOS 10 and what they mean for an older iPhone. You can also read a more detailed pros and cons of iOS 10 by clicking here. This was based on testing out the Beta edition of the iOS.

What do the new iOS 10 features mean to someone who has the older iPhone model?

Raise to wake is a simple and elegant way to unlock the phone. This goes beyond the Touch ID feature in terms of usefulness. Not sure why Apple has not made it available for the new iPads. –> This will not work on the older iPhones such as the iPhone 5 and will be limited to devices that sport the M9 motion processor.

Cool notifications: This is probably the biggest change (visually) in the iOS 10. Although Apple is not creating anything new here but a change that was eagerly awaited. In all the previous versions of iOS all you could do with your notifications is to either open, which opens the main application or to dismiss them. With iOS 10 and 3-d touch, now you can do a lot more with the notifications on iPhone. –> The “coolness”  for the most part will require 3D touch feature on your iPhone

In iOS 10, slide right and you will see different widgets, slide left and you will have the camera. Swiping down will bring the notification center while swiping up will show you the control center. In the control center you see a new music controller, which works like magic not only with iPhone’s own music player but any other. –> This feature in iOS 10 can be used with your iPhone 5 models. We didn’t find any sluggishness or freezing issues etc when trying this out on the Beta versions. We liked this convenient feature both on the iPhone and the iPad.

Say good-bye to swipe to unlock

“Swipe to unlock” has been a signature for Apple for years and we all know that Apple is a little slow when it comes to letting go of its features. But it seems like we have seen a lot of this one. In iOS 10 we will not see the “slide to unlock” feature anymore. Users can either unlock their devices through Touch ID or by entering a passcode (which will be the only option for iPhone 5 or earlier). –> Not much of an offer if you are using iPhone 5 models

The hype about Apple Music is not new, in fact it was last WWDC. The hype was all hype it seems as the app presented nothing new but a handful of chaotic features. This time around, the tech giant has brought a little sanity to the app with simpler design, cool colors, and hosts of new features. One of these features is the ability, to have on screen the lyrics of the song currently playing. –> Time to dust off the old Karaoke Machine. In all seriousness, Apple has made some pretty decent changes to Apple Music and it may be worth a try using iOS 10.

Apple has never been famous for its’ map functionality. Things are likely to change with iOS 10 official release. The app now has a better design, slick animations, and searching for various points has become easy. To be honest, Google is still by far the best thing ever happened to navigation system but the gap is tightening for sure. –> We think that there are some good integration features in this new version. Maps in iOS 10 features traffic information en route, with options for alternative routes and routes that avoid toll roads. There’s a dynamic view that allows users to zoom in and out to see what traffic conditions look like ahead, and there’s an option to search along a route to find gas, food, coffee, and more while on a trip.

Also when you park your car on a busy parking lot, you can have Maps remember the parking spot so it makes it easier to track down your car.  Worth a try!

With Apple’s new photos, the company really wants its users to drop using and downloading Google Photos. With the help of a new and smart facial and image recognition, it is now extremely easy to group your photos according to trips, occasions, people, etc. These pictures can then be used to create a small clip with any song playing in the background. –> Sluggishness expected due to inferior processing power of the older iPhone models

The messaging app is going to receive a huge overhaul with iOS 10. There will be hosts of new features like text animations, handwritten notes, cool animations that cover the whole screen, bigger emojis and a capability to load popular GIFs and more. The change in the messaging application in iPhone was much needed and anticipated and with the release of iOS.  –> If you are an iMessage fan, There are a lot of bells and whistles in the iMessage app with iOS 10. You should definitely take the new emojis for a ride on your iPhone 5.

This is really interesting; through 3-d touch now you can bring up app-specific options and widgets. For example, you can touch and hold your mail app on your home screen and select it to add to your widgets. This however will probably work on Apple-only apps – for now, at least! –> Not available on iPhone 5 models. We are hoping that Apple makes an alternative way to these shortcuts for people that don’t have 3D touch when they release the iOS in Sept.

If you’re one of those users who always wanted to delete a specific stock app, then you will love iOS 10. The latest operating system will enable users to delete some of the stock apps. –> You should be able to do this on your older iPhone 5 models without any issues.

it is clear to us that with newer iOS releases, Apple is introducing a lot of cool features but these require you to upgrade your iPhone to the newer models to get the best out of these features.  You can definitely give the iOS 10 a try. Our advice will be that you wait for a few weeks before you try it on your older iPhone 5 models. If you do ahead and download it and for some reason not like what you see, you can always downgrade to an older iOS 9 version. You can always choose to upgrade your iPhone to a newer model. With rumors around iPhone 7 to be released this year, the iPhone 6 models may become more affordable.