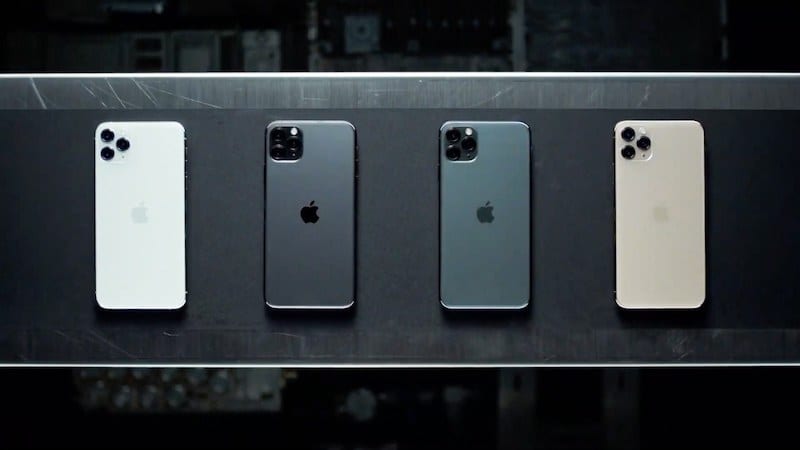 Apple this week debuted a trio of new iPhones, two of which it’s now dubbing “Pro” handsets. With all that in mind, should you buy the iPhone 11 or the iPhone 11 Pro?

That’s a tough question to answer right off the bat. The new iPhones are much more incremental in nature compared to previous years, but they also feature a number of notable upgrades.

This year, Apple is selling two types of iPhones. There’s the “standard” iPhone 11 and the two iPhone 11 Pro models, which are essentially the same device in different sizes.

But despite carrying the iPhone 11 moniker, there are actually some significant differences between the handsets.

But don’t expect the iPhone 11 to just be a processor update. Apple has given the camera a big upgrade this year with a new dual-lens setup. Unlike past dual-lens iPhones, however, the iPhone 11 packs an Ultra Wide angle lens instead of a telephoto lens.

That will allow it to take a much wider field-of-view when shooting images and videos. As far as other photographic capabilities, the iPhone 11 also features upgraded Smart HDR and a new Night mode for shooting in low-light conditions.

It still features a 6.1-inch Liquid Retina LCD display with P3 wide color gamut support and True Tone. That’s roughly similar to the display on the iPhone XR — so if you’re looking for OLED, you may want to look elsewhere.

The iPhone 11 does feature Dolby Atmos sound and new spatial audio, and it packs Apple’s brand new A13 Bionic chipset. That means it’ll rank among the fastest smartphones on the market when it hit shelves later this month.

It’s also the most durable iPhone Apple has produced, with enhanced water-resistance and the toughest smartphone glass to date.

The iPhone 11 Pro is Apple’s answer to rival Android smartphones packing three lenses. The most significant upgrade here is a triple-lens camera setup, which includes a Wide lens, an Ultra Wide lens and a telephoto lens for better optical zoom.

It also packs all of the features as the iPhone 11, including Dolby Atmos and Spatial Sound, Night Mode, and upgraded TrueDepth cameras.

Compared to the iPhone 11, the Pro’s design has actually been revamped slightly. Apple has given the display, which it now calls the Super Retina XDR display, a major upgrade with much higher brightness and contrast ratios. The glass back has a new matte finish as well.

Lastly, Apple will package its new 18W power adapter with the iPhone 11 Pro models. That means you’ll get USB-C fast charging right out of the box. Like the iPhone 11, it’s also more durable and water-resistant.

As with the iPhone XR last year, the iPhone 11 is available is a spectrum of bright color options. This year’s lineup includes Black, White, Purple, Green, Red and Yellow. (Blue and Coral have been discontinued).

The iPhone 11 Pro will be available in the same Space Gray, Silver and Gold options, as well as a new awesome-looking Midnight Green finish.

There are some quirks with the iPhone 11 and iPhoen 11 Pro devices. And if you’re in the market for either, it’s probaby worth going over them.

For one, 3D Touch is now gone from the entire lineup. In its place is Haptic Touch, which is essentially a long press combined with a bit of haptic feedback from the Taptic Engine. Both of the iPhone 11 Pro models are also slightly thicker and heavier than the iPhone XS.

All three devices will also featurs a new “U1” chip and Ultra Wide Band technology. While Apple didn’t mention the new additions at its keynote, it looks pretty clear that these new features are focused at indoor navigation. Based on current rumors, that may pave the way for Apple’s rumored Bluetooth trackign tags.

As we alluded to earlier, this year’s iPhones feature relatively minor upgrades in comparison to past years (or, if rumors turn out to be true, future years).

This year’s iPhones feel like they are playing catch-up. Many of the features are vaguely similar to ones on recent Android flagships. Some rumored features, like two-way wireless charging or Apple Pencil support, failed to make an appearance here.

Apple also didn’t reduce the price for its OLED models. These days, $999 is still fairly competitive in a crowded flagship sphere. But consumers would have greeted any sort of price reduction with glee.

That being said, the iPhone 11 and iPhone 11 Pro are still top-of-the-line flagship devices. You can’t go wrong with any of them if you’re simply looking for the best smartphone currently on the market.

The cameras are top-notch and computational photography features like Night Mode mean they’ll compete much better with the likes of Google Pixel. The A13 Bionic chip also likely means that they’ll be the fastest smartphones on the market for the foreseeable future.

Apple’s reduced $699 price point for the iPhone 11 is also an attractive option. If budget is no object, then the iPhone 11 Pro models do feature some significant enhancements over past Apple handsets.

Of course, if newer and flashier features aren’t necessarily your thing, you can always opt for the iPhone XR or iPhone 8. Both remain in Apple’s lineup at a reduced price point.

If you’re looking to buy a future-proof iPhone with the latest cutting-edge features, the iPhone 11 lineup probably isn’t it. But that’s purely because next year’s devices are expected to be a major overhaul.

That being said, if you’re looking to upgrade from an older device or an Android, you can’t go wrong with any iPhone this year.

They’ll have great cameras, an extremely fast processor, and enhanced durability. At $699, the iPhone 11 is also extremely competitive for the amount of features it packs.

And, like with every iPhone before it, the iPhone 11 will come with all of the benefits and features of iOS 13 and Apple’s ecosystem at large. That’s something you won’t be able to find on any competitor’s device.