You are here: Home / iPad / Should you buy the new MacBook Air or iPad Pro? 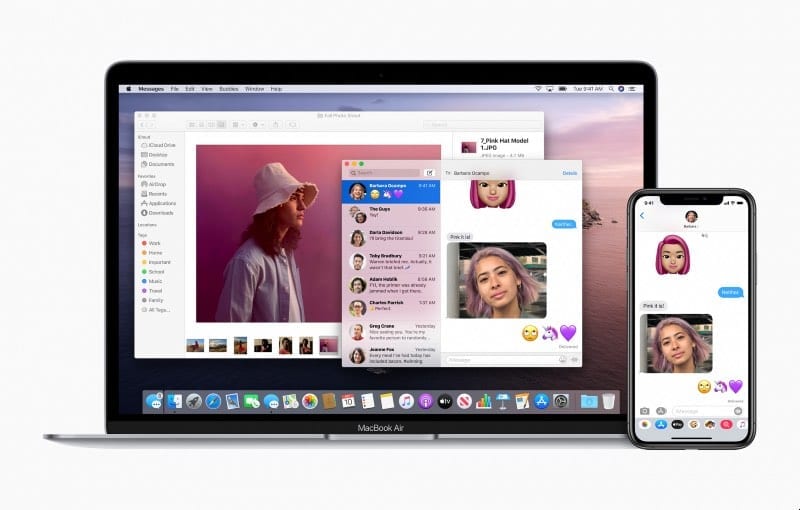 Apple surprised everyone this morning with the announcement of two brand-new products. This comes on the heels of yesterday’s announcement of the New Powerbeats 4 headphones. But today, we get the good stuff with a brand New MacBook Air and 4th-generation iPad Pros.

Both of these products are set to impress, especially for those who have found themselves working from home. Both releases were also already expected, as rumors had been swirling around a new iPad and new MacBook.

What’s new with the MacBook Air?

In the press release, Apple shared that the New MacBook Air features an updated processor, the new Magic Keyboard, and a lower price point. This one starts at $999, compared to the old pricing of $1099.

Under the hood, you’ll get a 1.1GHz Intel Core i3 processor, with Turbo Boost up to 3.2GHz. But, there are also two other chipset options available with the Core i5 and the Core i7. Base storage comes in with a 256GB SSD, which is configurable up to 2TB, along with either 8GB or 16GB of RAM.

As for what that means in terms of what you can do, Apple states that the Air will deliver “up to 80 percent faster graphics performance”. This is great for those who want to get into video editing or gaming, without paying the steeper price for a MacBook Pro.

Perhaps the most exciting fact is that Apple is finally transitioning more of its lineup away from the old keyboards. When the 16-inch Pro was announced, it brought with it a newly-designed keyboard which was designed to fix all of the issues that have plagued MacBook Pro owners since the redesign in 2016.

What’s new with the iPad Pro?

There’s a lot to unpack here, but Apple has unveiled two new iPad Pro models —11-inch and 12.9-inch. Looking at the front of these new devices, and you wouldn’t be able to tell the difference between these and the 2018 variants. However, flip the iPad Pro onto the back and you’ll see the big change to the build, as there’s a new camera module.

This camera module features Apple’s new “LiDAR Scanner” which focuses on providing new AR experiences on the iPad. Here’s what Apple stated in its release:

“The LiDAR Scanner measures the distance to surrounding objects up to 5 meters away, works both indoors and outdoors, and operates at the photon level at nano-second speeds.”

This is all done with the updated 12MP Wide Camera complimented with the newly-added 10MP Ultra Wide camera sensor. With the new camera in-tow, the iPad allows for different perspectives, multi-camera use, and 4K video recording.

Apple didn’t stop there though, as it announced native Trackpad support that is coming in iPadOS 13.4. Apple stated that this release will come to all compatible iPad’s on March 24th. This is an unsurprising move as Apple introduced general mouse support with iPadOS 13, but it’s only available through the Accessibility settings.

That announcement brings us to the final new product announced today — The Magic Keyboard for iPad Pro. This is an all-new keyboard which essentially lets your iPad float, instead of being nestled into one of the two slots on the keyboard. But the exciting fact is the built-in trackpad at the bottom, which means that the keyboard was moved up and there is now a wrist-rest for you to get some work done.

However the differences begin to show themselves immediately, as you will more than likely want a new keyboard for the Pro. This will add an additional $199 for the standard Smart Keyboard Case, and if you want the new Magic Keyboard for iPad Pro, that is priced at $329.

In terms of processing power, both of these have strengths and weaknesses. The MacBook Air will give you the first quad-core Air powered by an Intel Core i3, i5, or i7, and up to 16GB of RAM. The 2020 iPad Pro will give you Apple’s new A12Z Bionic chip which is touted as being faster and more powerful than “most Windows PC laptops”.

You will be able to easily edit 4K video and enjoy performance gains with both. Although the iPad Pro may have an edge in graphical power. Apple packed an eight-core GPU into the iPad, which is paired with the eight-core A12Z bionic CPU.

Although you will have to pony up extra for a keyboard, the Air and iPad are closer than ever. If price is an issue, you may want to stick with the MacBook Air or the smaller 11-inch iPad Pro. However, if you want to live on the cutting-edge the iPad Pro is definitely the way to go. Plus, you’ll get LTE connectivity as an option. Whereas the MacBook line still relies solely on WiFi.

The final comparison comes down to whether you want the experience of macOS, or if iPadOS is good. With the iPad, you’ll get access to the App Store, along with “Pro” apps like Photoshop and FiLMiC Pro. However, macOS is the home for getting work done for many, and has been for years.

One more thing to consider is Apple’s trade in program for both the Mac and iPad. The company offers up to $240 for an iPad Pro, while trading in your old Air could fetch as much as $640.

It’s really tough to try and pick and choose between which is the best device for you. The 2020 MacBook Air vs iPad Pro is going to be up for debate for some time. Especially depending on what happens with the release of iPadOS 14 this year.

Regardless of what you pick, it’s fantastic to see Apple give users a bit more parity between devices. Whether you get the 2020 MacBook Air or new iPad Pro, you can’t go wrong. Sound off in the comments below and let us know which of these you are getting. Or if you’ll be holding onto the devices you already own.