You are here: Home / News / There is something fake in the picture Tim Cook tweeted 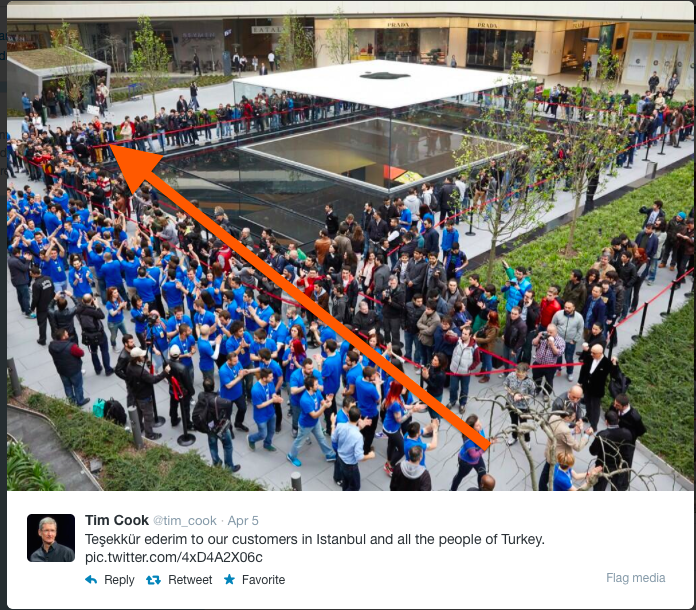 Apple has recently opened its first retail store in Turkey. Apple CEO Tim Cook tweeted a picture of the opening with a message thanking the Turkish people. It seems however that the picture the Apple CEO tweeted is not as authentic as Apple wants us to believe.

One of the store attendees was Gary Allen of ifoAppleStore.com. On his blog, He wrote that:

“In a strange and unprecedented move, an Apple corporate employee appeared just after7 a.m. carrying four cardboard signs taped to wooden handles. The signs showed the Turkish flag, various stickers, and were hand-lettered with, “I  Apple” and “I LOVE Apple because I LOVE Technology” and “1955–∞,” a reference to Steve Jobs’ date of birth. One sign showed the official photo of Steve Jobs (see photo below). The employee spotted several males at about the #50 spot in line, one wearing a blue shirt with a large white Apple logo. The employee handed out the signs to the group, and were later featured in many photos and videos taken of the waiting line.”

I sent the picture that Tim Cook tweeted to Gary and he confirmed that the people with an arrow pointing at them are the same people with the signs that were handed to them by an Apple corporate employee. 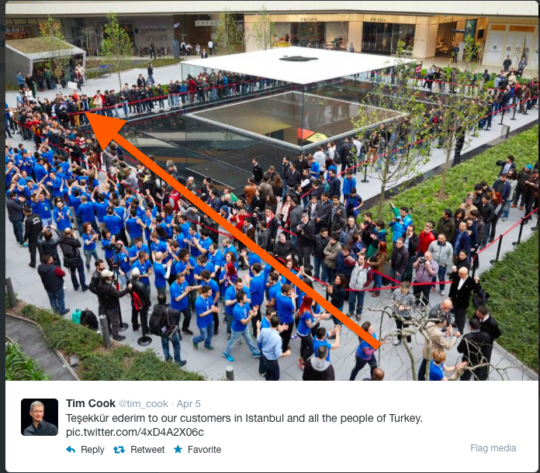 As Gary points out, it is a very strange move on Apple’s side. It is not clear why Apple did this. Another interesting thing is: Why would a Turkish person in Turkey prepare a sign in English?

You may think that this is not a big deal as the people with signs were tiny in the picture. However, the people that were holding the signs that Apple handed them were featured on a lot of media coverage of the Istanbul store opening event, giving the illusion of a strong excitement and enthusiasm toward Apple. 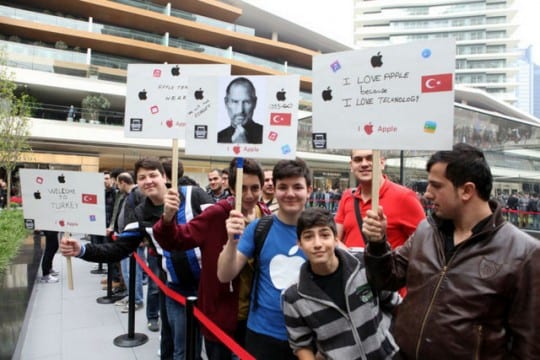 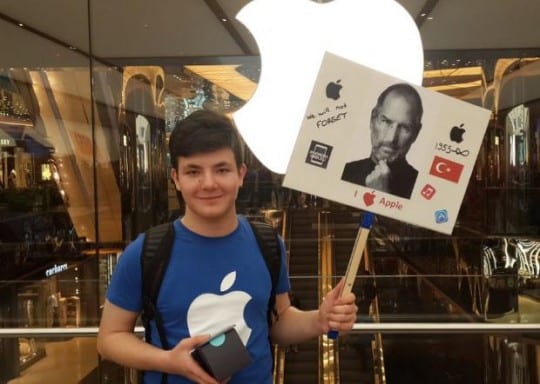 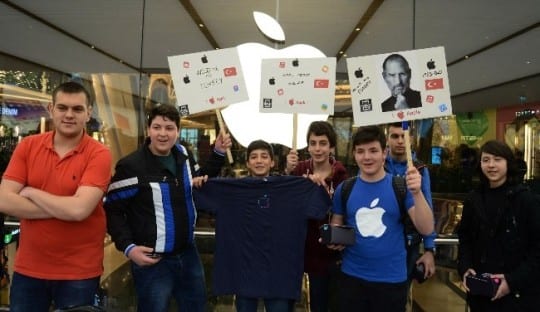 A photo similar to Tim Cook’s can also be seen on Apple’s web site.