You are here: Home / News / The FCC just approved a wireless system that could speed up your iPhone 11

The Federal Communications Commission this week has given the green light to a new initiative that could soon make your iPhone 11 devices faster.

More specifically, the FCC on Monday approved the Full Commercial Deployment of OnGo, a wireless service that aims to use the 3.5GHz spectrum to improve data speeds and cellular performance on both existing 4G and upcoming 5G networks.

The CBRS is a coalition of 159 major companies, government agencies and others that have teamed up to launch OnGo. Its ranks include the Defense Department, AT&T, Intel, Nokia, Samsung, Qualcomm, the FCC, and more.

But all that aside, what’s important to consumers is how OnGo can improve the cellular experience. Here’s what you should know about the system and what it means for you. 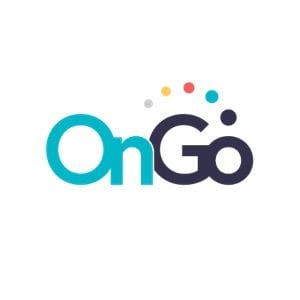 OnGo, essentially, is a plan created by the CBRS Alliance to use the 3.5GHz spectrum to improve current cellular networks and lay the foundation for future ones. The FCC first started looking at a shared spectrum model for the 3.5GHz band back in 2013.

Previously, private sector companies couldn’t make use of the 3.5GHz band in the U.S. It was limited to government applications, such as ship radar systems for the U.S. Navy. Now parts of the spectrum are opening up for commercial use.

The 3.5GHz band is largely considered a major building block for future 5G networks. But, in the meantime, the spectrum could also mean significant improvements for current 4G networks — and the devices compatible to use them.

It’s worth noting that other countries haven’t run into the problem of closed-off spectrum. Globally, other countries already use the 3.5GHz band for 5G applications. With the FCC’s approval of commercialization, it looks like the U.S. could start catching up.

Benefits of 3.5GHz spectrum for iPhone 11 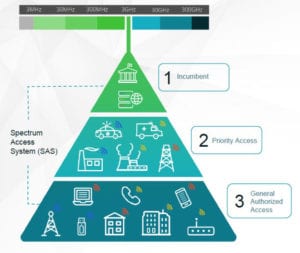 It can be hard to wrap your head around cellular technology, spectrum and the FCC regulations governing them. But in layman’s terms, the OnGo service could have the following benefits for users:

The CBRS also says that OnGo can help bolster business opportunities in the workplace, boost network performance in public spaces, and allow for improved machine-to-machine communications and smart infrastructure.

How this could impact you

Of course, you could make an argument that this move will be a gamechanger for the cellular industry since it helps open the door for 5G networks. But there Amy be some tangible benefits in the meantime.

As mentioned, Apple’s has outfitted its latest iPhone 11 lineup with the necessary hardware to support OnGo. And that means that new iPhone users could start seeing improvements in the near future.

Verizon, for example, is a customer of Federated Wireless, one of the companies that currently has authorization to use the 3.5GHz spectrum.

Federated Wireless has already announced plans to switch CBRS service on for more than 20 customers in rural and urban markets.

That means you could start seeing some of the benefits mentioned earlier on your current-generation iPhones sooner than later. And it could help tide you over until new iPhones with 5G compatibility and 5G networks become more widely available.