It’s almost been a month since WWDC20, where Apple announced the latest versions of iOS, iPadOS, and macOS, as well as the move to Apple Silicon.

While all of these announcements are exciting, they overshadowed a pretty big update to one of Apple’s most underrated products, the HomePod. According to Apple, support will be rolling out later this year for more third-party HomePod accessories than ever before.

This support will be built on a new smart home standard that Apple, Google, and Amazon have spent the last several months developing with the Zigbee Alliance.

For smart home owners, this has been confusing, to say the least. To simplify things for manufacturers and consumers, Apple, Google, Amazon, and the Zigbee Alliance (a group that works to build IoT standards) announced last December that they would begin working on an open standard for smart home devices known as CHIP.

The CHIP standard means that a third-party manufacturer will only have to build accessories on one standard, not one for each company. If an accessory works with HomePod, then it also works with Google Home and Amazon Echo by default.

This benefits Apple as well, as the HomePod is one of Apple’s toughest sells, making up just 4.7% of the market. More accessories working with the HomePod could help boost its popularity over the next year. 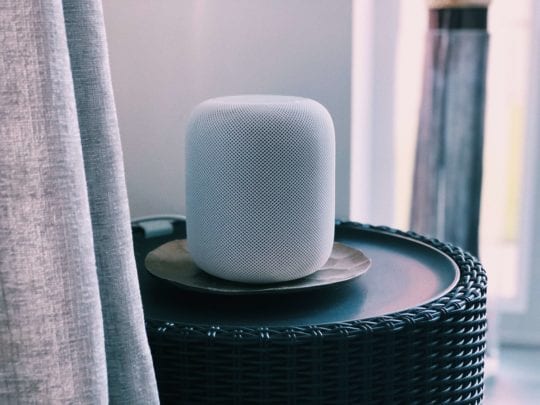 What else is new for Apple HomePod?

While increased third-party support is great news for HomePod owners, it was just one of many new announcements for the HomePod platform. Below are three other great new features coming to HomePod this Fall.

If you’re a HomePod owner, the odds are pretty good that your inspiration for grabbing the device was listening to music. Music streaming is the most popular use for smart home devices, and given that the HomePod doesn’t have a screen and is built with innovative sound design, it’s the most important aspect of the HomePod for most users.

That incredible sound quality has been incredibly limited since the HomePod’s release, with Apple Music being the only music streaming service users could use with their HomePod. You could always play Spotify or Pandora on your smartphone and then play it over HomePod with BlueTooth, but it’s not the same as being able to ask HomePod to start playing your favorite playlist. 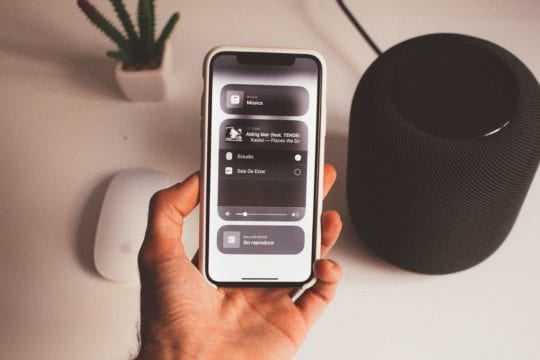 This Fall, that’s set to change. Apple has added third-party music streaming support to HomePod, which means you’ll be able to use your favorite apps natively with HomePod. It’s unlikely that every music streaming service will be compatible – we expect just the big names, like Google Music, Spotify, and Pandora – but it’s a step in the right direction.

Activity zones are areas that you can select on an iOS device when looking through a smart home security camera. Instead of monitoring its entire field of view, the security camera will only send you an alert if it notices motion in the specified area.

This is great, as anyone who owns a smart home security camera is familiar with the experience of being notified every time a bird, dog, or car zooms by your camera. Now you’ll only be alerted when you want to be.

The second feature coming to HomePod-connected security cameras is facial recognition. This is something Apple has been working on for several years now with FaceID and face detection in the Photos app, and now it’s coming to HomePod.

In fact, this feature is tied to the face detection feature in your Photos app – it will recognize faces that it’s previously recognized in Photos to let you know if the person at the door is someone you know or someone you don’t. Similar to activity zones, this helps your notifications become smarter and more nuanced.

How to play Spotify on Apple HomePod

While waiting for Spotify support to come to Apple HomePod this Fall, you can play Spotify and other third-party music services by first playing them on your iPhone or iPad, then connecting your device to HomePod via the BlueTooth settings in the Settings app. Though you’ll be able to hear Spotify through your HomePod, you’ll be limited to controlling the music through the controls on your iPhone.

What accessories are compatible with HomePod?

You can click here to see a list of the most popular accessories for HomePod and to check if a device is compatible with your HomePod smart speaker.

Should I get HomePod, Google Home, or Amazon Echo?