You are here: Home / News / Time Flies Recap: Everything Apple Announced In September 2020

This week was an exciting one for the tech world, as Apple held one of its annual keynotes. It was another virtual keynote, like the one delivered in June, but with a completely different focus.

Rather than announcing software, Apple announced four new pieces of hardware. Unfortunately, none of these new devices happens to be an iPhone of the 12th variety.

In this post, we’ll cover everything Apple announced during its Time Flies event, including things that might’ve escaped your attention.

For most, this was the biggest announcement of the afternoon. We were pretty sure it was coming, especially considering that the event was named for the Watch’s release, but now we have all the details around the newest wristwatch from Apple: The Apple Watch Series 6. 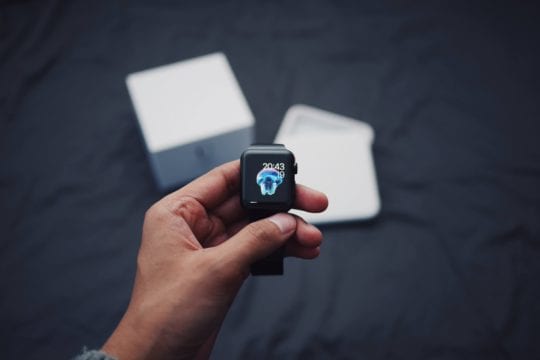 Design-wise, this device is the same as the Series 5. While some tech reviewers might be hoping for a new Watch form factor from Apple, the classic design appears to be here to stay. The price hasn’t changed either; purchasing a Series 6 is still going to cost you at least $399.

The main addition to the Apple Watch is blood oxygen monitoring. This feature works by reflecting LED lights off of your blood vessels from the Apple Watch. Based on the colors reflected, Apple Watch can provide an estimate of your oxygen blood count. It should be noted that this does not replace a medical test.

Alongside the Apple Watch Series 6, Apple announced the brand new Apple Watch SE. The “SE” branding is something you’re probably familiar with; it’s the two-letter title Apple gives to its budget-friendly products.

That’s exactly what the Apple Watch SE is. A slightly cheaper Apple Watch ($279/$309) with all of the features you need in an Apple Watch and nothing you don’t. Your Apple Watch SE will still have heart rate monitoring, fall detection, and fitness tracking. However, it won’t have blood oxygen monitoring or the ECG feature announced two years ago.

If the Apple Watches were the most anticipated announcements of the Time Flies event, then the 8th generation iPad was the least buzzworthy. But that’s not a bad thing. 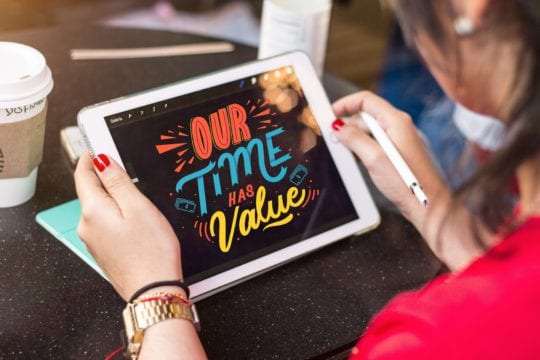 The only thing new in this $329 iPad is an updated chip. Running on the A12 Bionic (a chip that’s been around for a few years) gives it a significant performance boost over the previous 2018 model.

While the 8th-gen iPad was a good upgrade, we’d be lying if we said we hadn’t been hoping for something a tad more exciting.

The new iPad Air 4 was the last hardware announcement of the Time Flies event and certainly the biggest change to any of the devices brought forward this year. Design-wise, the iPad Air 4 pulls all of its pages from the iPad Pro’s book.

It comes in the same footprint as the iPad Pro 11″, but has a slightly smaller screen of 10.9″. The screen resembles the Pro’s as well; it has curved corners and no Home button. The device itself also has the same flat shape as the iPad Pro.

Of course, the new iPad Air got a pretty decent spec bump, lots of other features, and some new colors that have never been seen on any Apple tablet before. With all of these changes, the iPad Air has gone from being a spec-bumped iPad to a toned-down iPad Pro.

One of the least expected announcements of the Time Flies event was the unveiling of Fitness+. While it’s not the first of its kind on the market, it might be the best. 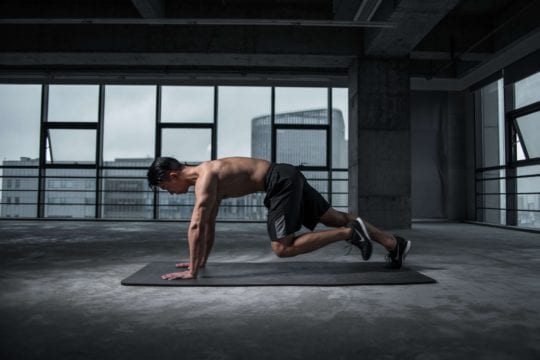 Fitness+ is a streaming service for workouts. Every week, new workouts will be added to the Fitness+ catalog. Priced at $10/month or $80/year, it’s significantly cheaper than a gym membership. It isn’t available yet, but when launched, Apple claims it will feature yoga, cycling, dance, treadmill walk and run, strength, core, HIIT, rowing, and mindful cooldowns.

But that’s not the most exciting part. The coolest part of Fitness+ is that it is built around the Apple Watch. You’ll see your stats displayed on whichever screen you’re watching workouts with, creating a synergy between your Watch and tv that is sure to expand as the service matures.

There’s a lot more to unpack here, and we’ll have a review of Fitness+ ready once it’s launched later this year, but for now, you can think of it as the ideal home gym setup.

A more-expected service launch from Apple was Apple One. Apple One is pretty straightforward: You can choose from a few preset bundles that combine various Apple services. Each saves you a couple bucks a month.

What else did Apple announce at Time Flies?

That covers all of the big announcements at Apple’s event and most of what casual users will be interested in. For those who like to dig into Apple products and services a bit more, here are the more low-key announcements.

The Solo Loop for Apple Watch

The Solo Loop is a pretty simple product. Rather than having a buckle, clasp, magnet, or velcro, the Solo Loop is just a solid band that stretches around your wrist – like a scrunchie, but for your Apple Watch. It comes in “liquid” (stretchy) silicon or braided cloth.

Family Setup is a new feature that will allow you to pair multiple Apple Watches to the same iPhone. By doing so, you’ll have the option to give an Apple Watch to kids or relatives instead of an iPhone. And because this Family Setup works through Apple’s family settings, you’ll be able to set restrictions and rules for how the Watch can be used.

This allows you to stay in touch with and track the location of your kids and elderly family members without them needing to carry an iPhone.

The A14 Bionic chip

For hardware nerds, the updates to Apple’s line of chips is always fun to see, as they have been outpacing the silicon industry for years now. The A14 chip looks to be just as promising as its predecessors.

The A14 chip comes in a breakthrough 5nm design that hosts 11.8 billion transistors, a new 6-core design, a new 4-core GPU, and a new 16-core Neural Engine. These upgrades offer a 40% increase in CPU performance, a 30% increase in graphics performance, and 11 trillion machine learning operations per second.

While this is only available in the iPad Air 4 at the time of writing, I have a sneaking suspicion that we’ll be seeing it again soon in a yet-to-be-announced phone…

Finally, Apple announced the release of (most) of the software updates it announced at WWDC20. iOS 14, iPadOS 14, tvOS 14, and watchOS 7. We won’t get into all of the changes in this post, but you can read more about these updates below:

macOS Big Sur was not announced, so it will likely be another month before the public version of Big Sur is available.

What did Apple announce during Time Flies?

What is the Apple Watch SE?

The Apple Watch Series 6 has an updated S6 chip, a brighter screen, and blood oxygen monitoring.

When will the new iPad Air be available?

The new iPad Air 4, which mirrors the iPad Pro’s design, is expected to launch in late October of 2020.

Should I upgrade to the Apple Watch Series 6?

If you own an Apple Watch older than the Series 5, then upgrading to the Series 6 might be worth it. I recommend upgrading to watchOS 7 and seeing if you notice any decrease in device performance. If you don’t, then you’re probably not missing anything. If your Apple Watch is running a little slow, however, an upgrade might be due.

Should I buy the new iPad Air?

The iPad Air has received such a significant upgrade that in my mind, it’s more in class with the iPad Pro than the base-level iPad. This makes the iPad Air a great product for someone who wants a more affordable iPad Pro. We probably wouldn’t recommend it, however, if you just want a more robust iPad, as the base-level iPad is robust enough on its own.

The iPad 2020 is a great upgrade for anyone using an older iPad. The price is the same, so snag one if you’re starting to notice lags and bugs in your current iPad. Anything older than the 5th generation iPad (i.e., purchased before 2017) is likely due for an upgrade.

Did Apple announce the new iPhone 12?