You are here: Home / iPhone / Top 8 iPhone SE Features You Need to Know 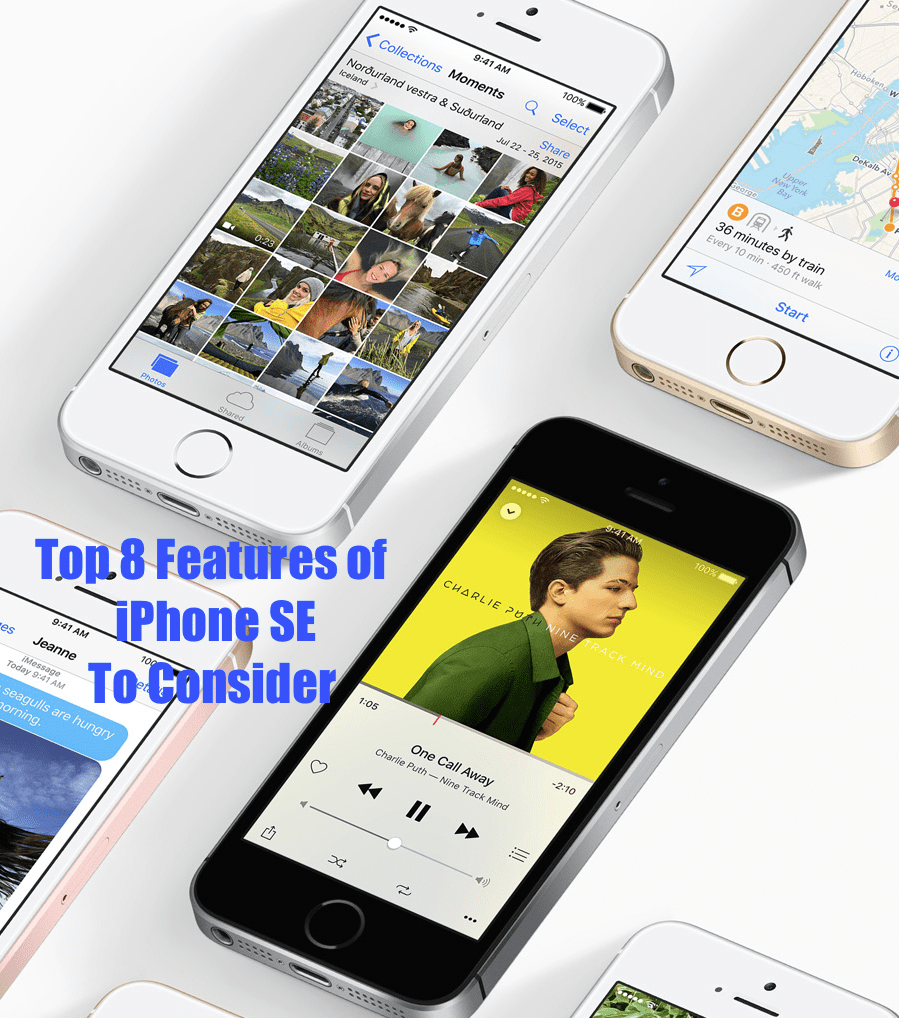 If you liked iPhone 5s, you are going to love iPhone SE. Apple’s new iPhone SE is reportedly sold out in multiple locations within US after its release.

Although we have covered the iPhone SE extensively in the last month, we wanted to take the time to highlight 8 features that we think are its biggest value proposition. So, if you are still sitting on the fence, We are hoping that we may be able to help. 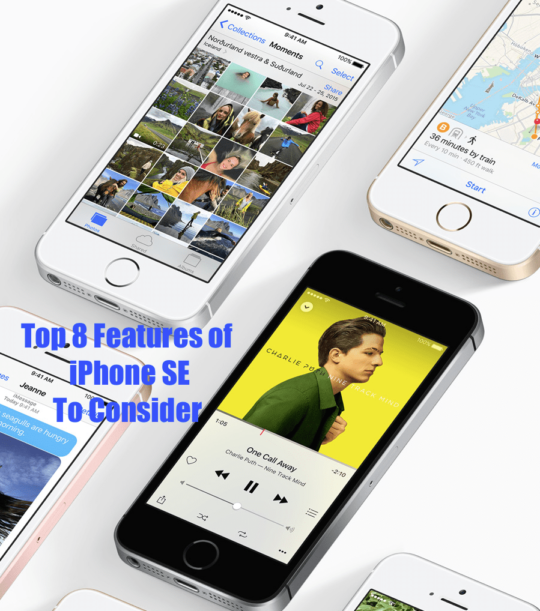 The new mobile device inherits many of its features from the iPhone 6 family but it has the size and body almost like that of the 5S version. Starting at $399 without any carrier plan, iPhone SE is the cheapest iPhone to ever come out. Last week, we had seen a cover story of Walmart selling these new phones for $299. Now that’s a deal!

And once you learn about the features it has on offer, you will not be able to resist it.

Here are some of the features of iPhone SE that we like.

#1. The Speedy A9 Processor

If you ask most iPhone users why they go for iPhones, most of them will say because of its speed. iPhone SE is equipped with A9 chip with 64 bit architecture. This makes it more like iPhone 6s because A9 chips were incorporated in the flagship iPhone 6s and 6s Plus.

iPhone SE’s 64 bit processor comes with an embedded M9 motion coprocessor. Beginning with iPhone 5s, this feature collects and saves sensor data even if your phone is locked. iPhone SE has the always on Siri too.

Like iPhone 6s, iPhone SE comes with the 12 megapixel iSight camera. This without a doubt makes it one of the best smart phone cameras. You can take images of high quality both with the rear and front camera.

Making videos will be ever more exciting with iPhone SE’s 4K video. You will also be able to edit multiple streams of 4K videos using iMovie. Videos will be of extraordinary quality because of this. You will be shooting videos of 3840 by 2160 resolution and at 30 fps, 1080p video (HD) recording at 30 or 60 fps and 720p HD video recording at 30 fps.

This feature first came out in iPhone 6s. It allows video to be captured just before and right after a photo is clicked, hence the name. You can view the animation by touching the screen for few seconds. iPhone 5s could only view such photos whereas the new SE version lets you make these.

Want even faster Wifi or cellular data? iPhone SE has got it covered. It supports 802.11ac for Wifi and has 19 LTE bands providing maximum speed of 150 Mbps. Of course, it is not as fast as the iPhone 6s but still beats iPhone 5s in this aspect.

This is the most exciting attribute of the iPhone SE; it is sized as the iPhone 5s. A lot of people do not prefer huge smart phones and Apple might have realized that the number of such users is quite big so they came up with iPhone SE. It has a 4 inch screen like that of the iPhone 5 and 5s. And its design is similar to iPhone 5s i.e. it is thicker than iPhone 6 and 6s (7.6 mm).

The camera is not bumped unlike the camera in iPhone 6s. The edges are now, as Apples describes it, more refined so they will be more resistant to scratches and bumps. And if all of that is not enough, the Apple logo at the back of the phone is a matching color stainless steel rather than a stamped one.

Browse the web, download apps and games, and stream video over 802.11ac Wi-Fi and LTE — with speeds even faster than on iPhone 5s. And more LTE bands make iPhone SE better for worldwide roaming. iPhone SE also supports Voice over LTE and Wi-Fi calling for high-quality wideband calls.2And with Bluetooth technology, you can stay connected to your Apple Watch, external speakers, and other devices.

This is the best thing about it, the popular features of iPhone 5s and iPhone 6 have been combined in a single creation. It comes at the right time as rival tech giants are sending out phones every few months. And at this (rather affordable) price, Apple’s new iPhone SE is sure to enjoy huge sales and great success.