You are here: Home / Mac / Troubleshooting Problems with Your Pre-2018 MacBook Pro Keyboard

Newer MacBook and MacBook Pro notebooks are amazing devices. They’re incredibly thin and portable, but they still manage to pack a ton of performance and functionality into their small frames.

Unfortunately, the svelte design of newer Apple notebooks may be causing a problem with their keyboards.

If you’ve experienced keyboard issues with your newer MacBook or MacBook Pro notebook, here’s what you need to know. 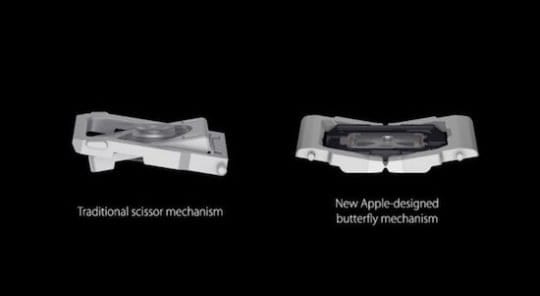 The issues share the common similarity of a malfunctioning key switch. Oftentimes, it’s just one or two keys that are affected at a time. The severity of the problem varies, however.

Apple hasn’t publicly acknowledged what causes this issue, but according to various repair technicians and teardown experts, the second-generation butterfly keyboard could be the culprit.

In recent MacBook and MacBook Pro models, Apple changed the design of the keyboard switches to shave off weight and mass. This “butterfly” design results in a much thinner notebook overall.

But the design of the keyboard apparently leaves them more prone to becoming damaged by dust, food particles, or other debris.

If a dust particle enters the keyboard switch, it causes the aforementioned problems.

It doesn’t seem to happen to every MacBook user, but it’s apparently widespread enough to be a concern.

What MacBook Devices are Affected

Basically, any 12-inch MacBook models made in 2015 or later sports the impacted butterfly keyboard in question.

Because of a small change added to 2018 MacBook Pro models, the risk of keyboard issues is likely lower (but more on that later).

How to Mitigate Keyboard Issues

If you’re experiencing keyboard issues on your newer MacBook or MacBook Pro model, you aren’t stuck with a malfunctioning keyboard. There are a few things you could do to try and alleviate the issue. 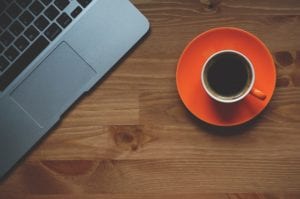 An ounce of prevention is worth a pound of cure, as they say.

If you own one of the aforementioned MacBook or MacBook Pro model and you aren’t experiencing keyboard problems, it’s best to try and avoid them.

We recommend keeping your workspace neat and tidy. Try to dust the area (with your MacBook device closed or safely away from the dust).

Don’t leave your MacBook or MacBook Pro open for long periods of time to avoid dust collecting on the keyboards.

Similarly, it’s probably wise not to eat food that produces a lot of crumbs around your Mac notebook.

Clean Your MacBook (According to Apple) 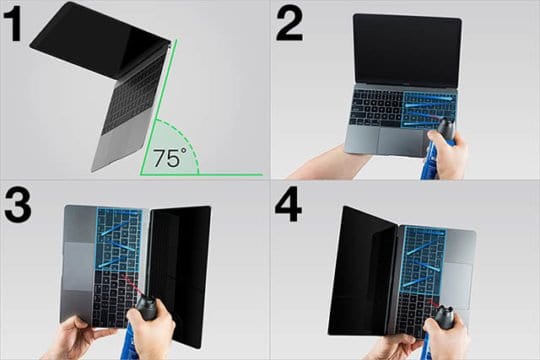 If you’re experiencing keyboard problems with your Apple notebook, you can try the following method to dislodge the dust particles.

This is pulled from an Apple support document, so it’s worth noting that it’s safe to use on your MacBook or MacBook Pro (as long as you follow the instruction).

All you need is a standard air duster, which you can find at your local electronics or big box store.

Just make sure to use the included straw, keep the end of the straw about a half-inch away from the keyboard, and never spray your MacBook when the duster itself is turned upside down.

Take it Into Apple 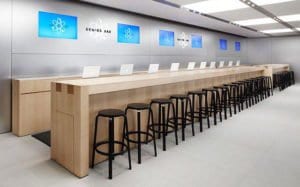 If all else fails and your Mac keyboard is still having issues, it might be time to take your device into an Apple Genius Bar or Authorized Service Provider.

Basically, Apple technicians will fix the problem with free of charge — even if your device is no longer covered under the standard warranty or AppleCare+ extended warranty.

You can contact Apple using one of the following methods.

If you’ve already had your Mac notebook serviced for keyboard repairs and paid out-of-pocket, Apple will refund you the amount. Just click on this link to contact Apple about a refund.

Apple is well aware that the butterfly keyboard design may pose a problem for some users, even if it hasn’t publicly acknowledged it.

As evidence of that, the recently announced 2018 MacBook Pro models have a mitigation measure that should reduce the likelihood of keyboard issues.

Tech repair site iFixit discovered the measure when it tore down the latest MacBook Pro models. Basically, the new notebooks have a thin silicone membrane protecting each key switch.

Apple says this makes the keyboards quieter, but it’s incredibly likely that they are an “ingress-proofing” measure, too. Basically, it should offer some protection against dust and debris.

This feature first appeared on 2018 MacBook Pro models, but it will likely be added to other Mac notebook moving forward.

It’s worth noting that we don’t know the effectiveness of the ingress-proofing measure.

Again, it’s likely that the membrane will protect the keyboards against dust. But the notebooks are too new for there to be any sort of long-term evidence supporting that.

Still, it’s good news for those in the market for a new Apple notebook. More than that, it goes to show that Apple is doing its best to keep track of user feedback and mitigating problems with its devices.