You are here: Home / Reviews / Unlimited Data Plans for iPhone in US: Back in Fashion

The age of online streaming has officially reached full swing. With mobile data network speeds offering amazing capabilities, streaming HD movies, music, YouTube videos, and nearly anything else you can imagine, is easy. And you access all this content instantly on your iPhone and other mobile devices. 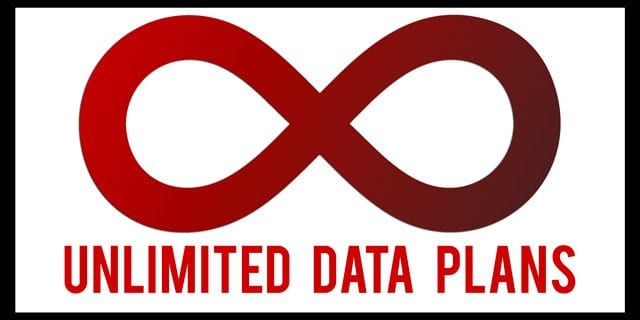 Unlimited Data Plans: With the ease of streaming, comes the inevitable usage of data

Not so long ago, unlimited data plans were a staple of the mobile phone world. Over the past couple of years, however, companies phased out these plans on their personal and family shared plans. But the demand for unlimited is back, with every major carrier now providing an unlimited option.

So let’s outline the packages for each of the most popular carriers, so you decide which iPhone unlimited data plan is right for you.

What Apps Are Best for Unlimited Data Plans?

Before we break down which unlimited data plan is best for you, let’s cover some of the most data-intensive apps. All of the best online streaming services, like Netflix, HBO, and Hulu, have iPhone apps, giving you all your favorite shows in the palm of your hand. But all streaming apps don’t power through data at the same rate. And some are better than others when using restrictions of a smaller data plan.

The original online music streaming service, Pandora is still a great free internet radio app. With the options to create channels based on artists, songs, and genres, you’ll be able to enjoy free music with occasional commercial interruption.

A slightly different, and some may say more robust streaming service, Spotify is more of an online music library. With access to specific songs and albums on-demand, they also have an upgraded paid membership, which will give you commercial free access to thousands of albums, including the ability to pick and choose songs for your own custom playlists.

The massive community for online video, it’s hard to avoid a day where you won’t visit YouTube at least once. While comparatively not as data intensive, binge viewers definitely burn through quite a bit.

YouTube uses different target bit-rates depending on the source media resolution and bitrate, and the target resolution and bandwidth. You can find a table here: The bitrate varies from 320kbps (for 240p) all the way to 50 MB/s for 4K / 2160p @60fps. Check here for YouTube’s description of its encoding practices.

The movie and TV streaming king, Netflix has inspired many to cut their normal cable viewing for solely online streaming services. With an equally addicting iPhone app, Netflix tops the list of apps that would eat through a normal data plan the most.

So what does that mean in terms of your data plan?

A 320kbps stream translates to 2.40 MB of data per minute, equalling 115.2 MB per hour. If for instance, you stream music during your regular work day, for approximately 8 hours, by the end of that day you’d used about 1 GB of data. That’s a heck of a lot of data for just one day! 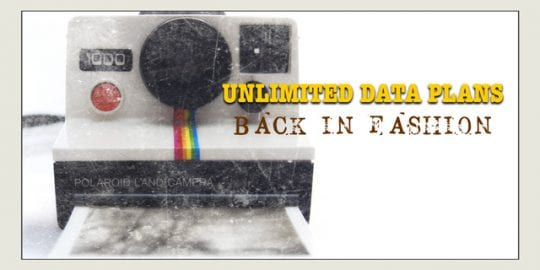 While there are many options for “unlimited” data plans, there is one small caveat. Be wary, these plans are not truly unlimited and have certain data caps so make sure you read the fine print and ask questions. Because once you reach these caps, most of the carriers prioritize the data speeds of other customers before yours. While it is not technically “speed throttling”, it essentially has the same effect. Each company executes this at different limits, with varying handicaps, but the penalty for “power users” still stands true.

Here’s a break down each of the major carrier’s strengths below and suggestions on which offer the best bang for your buck.

Naturally, AT&T has proven to be an extremely reliable communication company, with one of the most expansive coverage areas of any mobile provider. The biggest difference between the $90 and the $60 plan is quality–with the $60 plan, you get SD video quality ONLY. With the $90 you get HD quality plus 10GB Mobile Hotspot per line and free HBO.

Unfortunately, AT&T has created a major caveat to their unlimited plans. While they offer a fair price per month cost (plus upfront fee), they actually handicap the data speeds of their unlimited plan users down ( to 3 Mbps for the $60 plan.) While this may be a way to keep users on a more pricey package, slowing down their speeds doesn’t fair well in comparison to other carriers.

For DirectTV customers, AT&T plans offer some additional discounts (with the $90 plan, you save $25 on DirectTV,) following the merger of AT&T with DirectTV.

AT&T has dug themselves into a hole with this package. While on the surface it seems competitive, the fact their speeds are significantly slower compared to their other plans doesn’t bode well for the customers who do their research.

AT&T does have one exclusive benefit above all others, which is their implementation of “5G”. 5G stands for “fifth generation” of mobile networks, which isn’t actually what AT&T has introduced. In reality, AT&T has reworked their current LTE network to get nearly gigabit speeds. With a very limited release, this enhanced 4G experience is hands down the fastest speeds available on mobile, and one of the bright spots for AT&T.

We are yet to see if this new “5G” service is introduced into their unlimited plan, but I wouldn’t get your hopes up.

Similar to the aforementioned AT&T, Verizon is another expansive and reliable network. Unfortunately, along the same lines as AT&T, they are not the best value when it comes to having an iPhone unlimited data plan.

Clearly, the price is higher with Verizon, but the true problem lies with the upfront cost of signing up. With costs of iPhones coming close to $1000, buying the device outright to fit into their unlimited data plan is a hefty cost to bear.

Verizon also has a hand in the new 5G capabilities, but the benefits of this technology is still far in the future. While it is something to consider, I wouldn’t bank my whole decision on this factor.

T-Mobile $70 Per Month (After Taxes)-Unlimited Talk, Text, and Data

T-Mobile is probably one of the best options when it comes to truly enjoying unlimited data. They have a flat $70 fee you’ll be paying every month, as opposed to the other above mentioned plans that will include other taxes and fees. And for customers who want simple billing, this option is for you!

T-Mobile offers an expanding coverage area, which is slowly reaching levels close to that of AT&T and Verizon.

They also include one of the best hotspot tethering options for their unlimited plan, giving you free access to tethered services like Netflix and HBO Go, without counting against your hotspot data allotment.

Sprint’s Unlimited Data allows you to use 23 GB in a single month. After that, your service may slow down if you’re in a high traffic, high volume area.  The pluses are consistent HD video streaming and 10GB of LTE hotspot data. But for some reason, music streaming is capped at 1.5 Mbps and of course, all speeds may be throttled after 23GB. 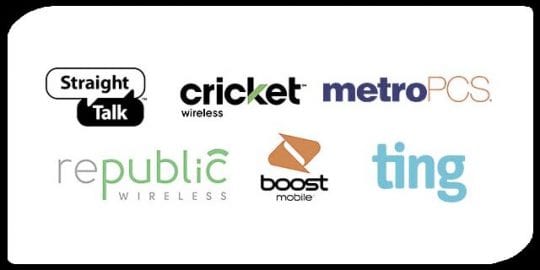 There are a few additional carriers that, while being less feature intensive, definitely are an inexpensive alternative.

Make sure you always check to see if your area is covered by some of these smaller companies, with their support being not as intensive and exemplary as some of the bigger carriers.

Which Is The Best Choice? 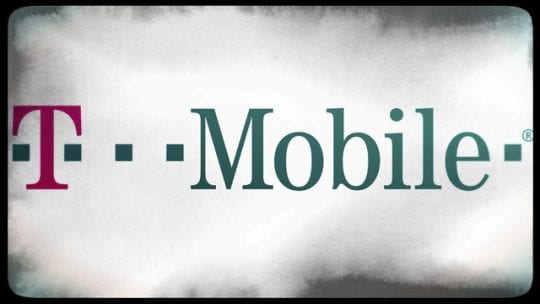 We believe that T-Mobile offers one of the best iPhone unlimited data plans available. And many customers seem to agree, with their popularity, features, and coverage constantly growing. While once a lower tiered option, they have officially reached the ranks of being one of the countries best mobile providers. They definitely hold the title for best streaming options, with certain streaming services getting premium speeds and data options.

Luckily all of the big carriers will have support for the current generation of iPhones, and most likely any future Apple devices that will be released. As we get closer to the rumored iPhone 8, we can be sure to see more upgrades and features across the board as everyone is vying for the new influx of mobile users.