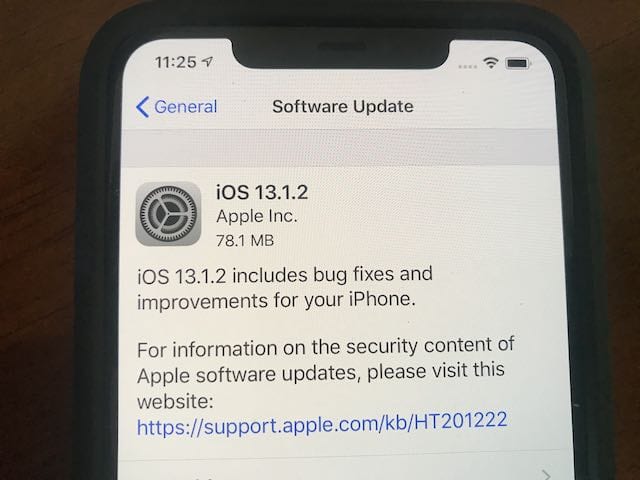 On the heels of releasing iOS 13.1.1 last week, Apple has now released another update for your iPhone running iOS 13+. The new iOS 13.1.2 is available now for you to download and update your iPhones.

This new update from Apple comes with some important bug fixes. Here are the top 5 from the release notes:

There are still a few other issues that we do not see in the list above. Hopefully they will be addressed soon in an upcoming release.

One of the issues surrounds CarPlay, where users keep on seeing deleted messages show up repeatedly on their CarPlay screen. This issue has been around since an earlier version of iOS 12 and has still not been addressed in the iOS 13 release.

Since this is a minor update, you can easily update your iPhone via OTA instead of using iTunes. As with any iOS updates, please remember to take a quick backup of your iPhone and then update to iOS 13.1.2 by tapping on Settings > General > Software Update.

If you have not updated to iOS 13.1 which was released last week. this might be the time to update your iPhone to the latest iOS 13.1.2.

Apple has also released the new iPadOS 13.1.2 today to address similar bugs for its line of iPads running iOS 13. If you recently updated your iPad to iOS 13, you may want to update it to the latest iPadOS 13.1.2

What are some of the other iOS 13 issues that you are currently grappling with? Have you already checked our comprehensive iOS 13 troubleshooting guide? We want to hear from you in the comments below.