You are here: Home / iPad / Everything new in the iOS 10 Photos App

The Camera has undoubtedly become one of the main reasons the iPhone remains the top-selling smartphone, and the Photos app alongside it is an important part of the iPhone experience. As time goes along, cloud storage becomes ubiquitous, and phones get more storage, the Photos app on iOS has become many peoples main photo hubs. no longer connecting to a PC or Mac.

With iOS 10, Apple has completely revamped the Photos app with new features and powerful improvements, possibly in preparation for a new advanced camera on upcoming iPhones. Here’s everything that’s changed:

The Photos app now has four options when you launch it: Photos, Memories, Shared, and Albums. 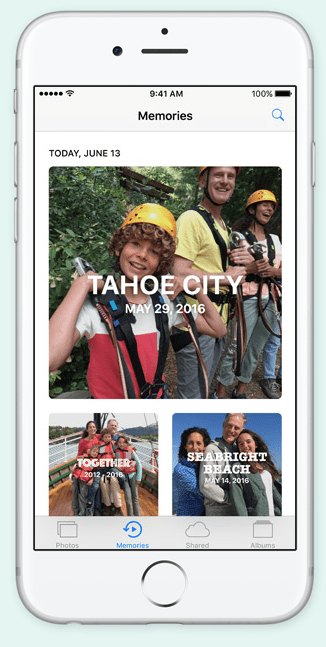 The Photos sections remain similar to previous versions, with a few slight changes once when looking at a singular photo. When you are looking at an image, clicking details will now give you similar photos and events to the one you are looking at using new facial and object recognition features. Additionally, when editing photos, there is now a new ‘Markup’ feature, which allows users to draw and manipulate previously taken photos.

The Memories tab is one of the biggest updates to the new photos app. When clicked, you’ll be shown a list of events, automatically created by the app, in chronological order. These could range to memories like “Best of 2015” to specific days where the App figures out you were doing something.

When you enter a memory, you will first be shown an automatically generated video. The Photos app will automatically figure out the tone of your images and videos, and edit them nicely together, however you also have the option to change the feel and length of the videos.

The Shared tab is essentially identical to the previous photos app, with the exception of the addition of the new features like People, Places, and Memories. 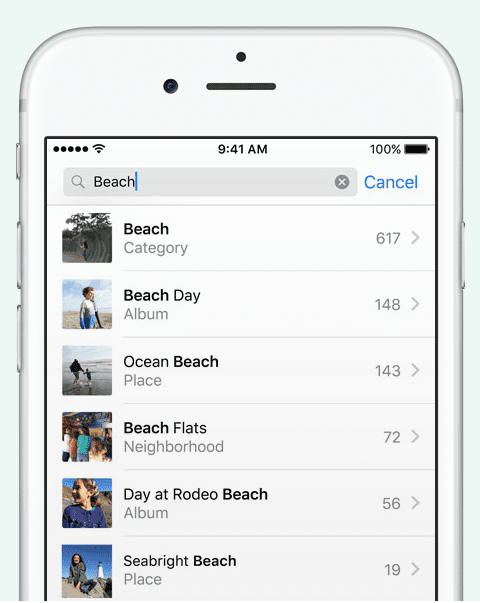 The new Photos app has deep facial recognition. When clicking on the People album, you are shown a list of people in order of how many pictures of them it has found. Clicking on their face will show you all of the pictures, and allow you to attach the face to a contact for future pictures. Inside of the People folder, you can select your favorite people to always be on the top. Once looking at a certain person, the app automatically creates a memory video of you and that person, along with the places those pictures were taken.

The new Photos app is a major rethinking of the app, and further equips consumers with tools to create a professional and organized library. The new app will launch alongside iOS 10 this fall. If you would like to test ride the features using the public beta, please read out iOS 10 Download guide to see the detailed instructions.

What are some of the Photos features that you had wished for and it didn’t make it to iOS 10?