The original Apple TV 4K came out way back in 2017, and after years of fan requests, Apple has now announced an update to the 4K smart streaming box.

It’s available for pre-order from April 30 and starts shipping in the second half of May. Best of all, it’s the exact same price as the original Apple TV 4K, starting at $179 for a 32GB model.

We’ll cover all the changes to the new Apple TV 4K below: the improved processor, the addition of 60fps 4K HDR, and the redesigned Siri Remote. We’ll also discuss if it’s actually worth updating from the 2017 model or not. 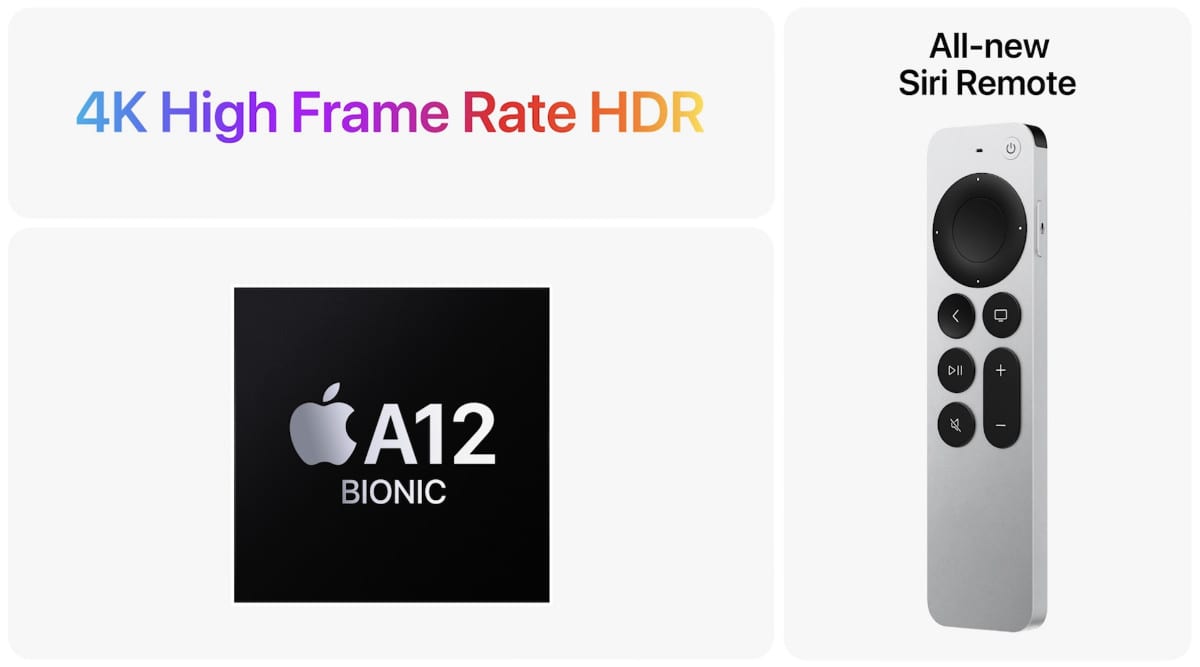 Driving the new Apple TV 4K is the A12 Bionic processor. Looking at the streaming box itself—and ignoring the Siri Remote for a moment—this is by far the biggest upgrade to the Apple TV.

The original Apple TV 4K featured an A10X Fusion chip at its heart. And while the A12 Bionic isn’t Apple’s most powerful processor, it does offer a massive improvement in graphics performance, video decoding, and audio processing.

In fact, the A12 Bionic chip makes it possible for you to stream HDR, Dolby Vision content at 60 frames per second.

Now, most movies and TV shows are shot at 24 frames per second, but this new capability could bring a new realism to sports broadcasts, live events, and documentaries, which often do take advantage of higher frame rates.

More importantly, you now have a big screen to enjoy the 60fps videos shot on your iPhone. 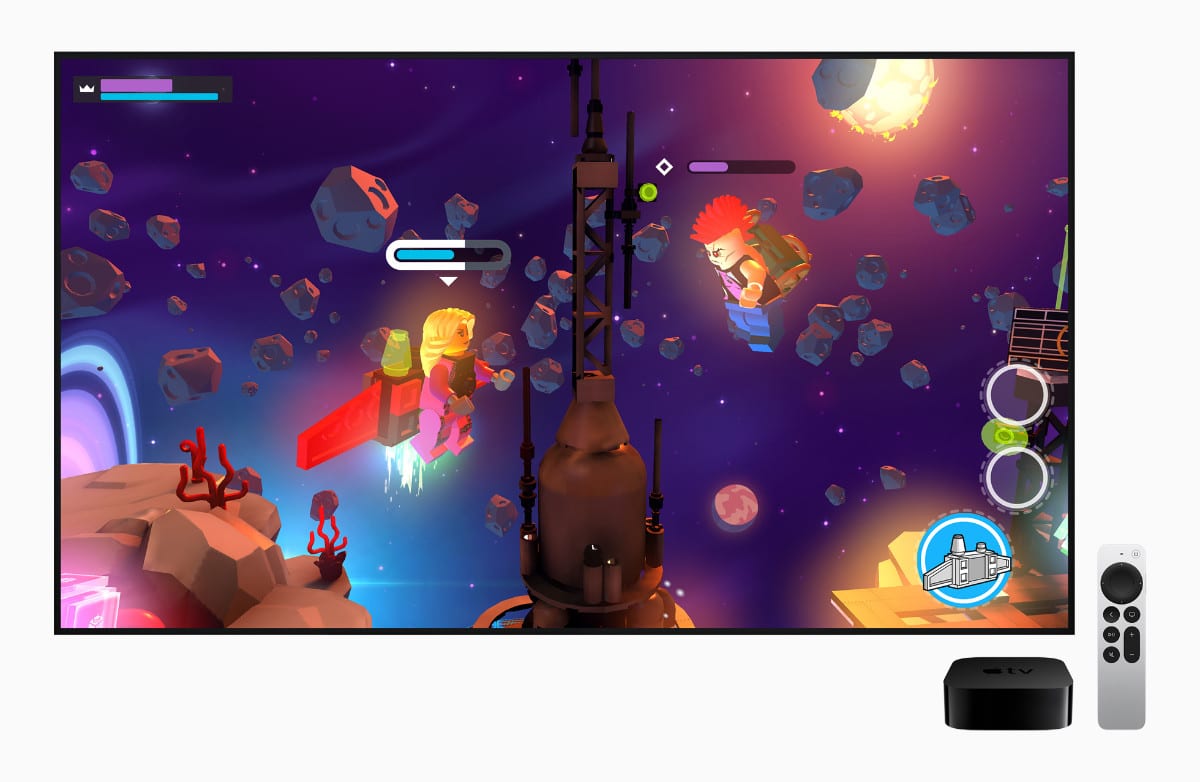 Even now, you won’t find many people complaining about the speed of the original Apple TV 4K. It may be approaching its fourth birthday, but Apple’s original 4K streaming box is still a powerhouse, more than capable of running mobile games, instantly switching between apps, and streamlining 4K HDR content.

However, the improved processor in the new Apple TV 4K can guarantee that impressive performance for many more years to come.

A few years from now, the original Apple TV 4K may start showing signs of its age. But the second-generation Apple TV 4K is likely to be still going strong.

This might not mean much if you only use your Apple TV to watch movies and TV shows, but it could mean a world of difference if you like playing mobile games on your Apple TV.

Game developers are infamous for pushing their platforms to the limits, and with the new Apple TV 4K on the way, it won’t be long until the latest games are too demanding for the original Apple TV 4K to keep up with. 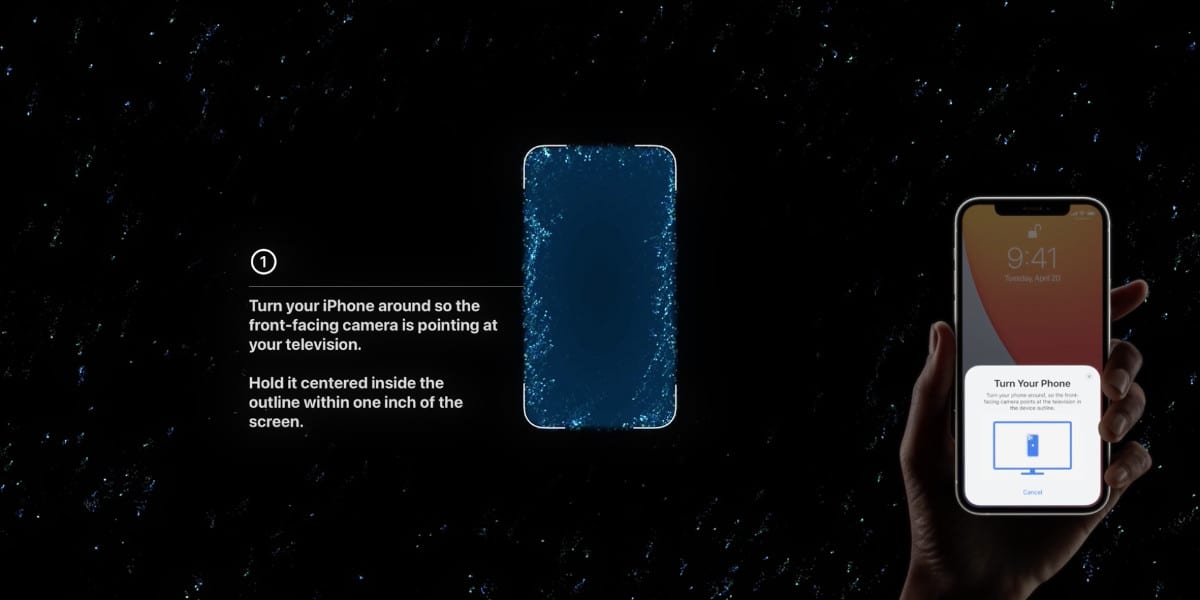 Possibly one of the most exciting new features Apple announced about the Apple TV is the addition of a Color Balance feature. If you own a recent iPhone as well as an Apple TV, this innovation can adjust the colors on your TV to provide the optimal viewing experience.

By using the camera on your iPhone, Color Balance analyzes how colors appear on your TV, then adjusts the display settings on the Apple TV to compensate for any inaccuracies.

Gone are the days of fiddling with the brightness, hue, and saturation settings buried in your TV menus. Now, the Apple TV 4K can do it all for you—and it’ll probably do a better job than most of us could manage anyway.

The best part of this Color Balance feature, though, is that it’s also going to be available for the original Apple TV 4K and the Apple TV HD.

So, while Apple announced Color Balance alongside the new Apple TV, there’s no need to upgrade your devices if this is all that interests you.

Easily, the most complained-about aspect of the original Apple TV 4K was the Siri Remote. While its minimalist black design looks sleek as heck, this slippery remote has always been severely lacking in the usability department.

The problems with the original Siri Remote are numerous:

But now, all of that has changed.

Apple’s redesigned Siri Remote may not look as good as the original design, but it promises a far more user-friendly experience.

Replacing the large touch surface of the original remote, the new Siri Remote introduces a touch-enabled clickpad instead. Reminiscent of early iPod rings, this clickpad allows you to click through menus, swipe around its edge to fast-forward, and slide across it like the original touch surface as well.

The raised, circular clickpad will also make it easier to feel your way around the remote in the dark.

Speaking of which, the Siri Remote is now constructed from light gray metal, making it more resistant to shattering and also allowing you to better spot it in a dark room.

And it’s even got some new buttons, too. The new Siri Remote features a Power and a Mute button, allowing you better control over your TV without needing to reach for a separate controller.

To accommodate these new additions, the Siri button has moved to the side of the remote, which means you can now hold it up to your mouth like a sci-fi transponder. 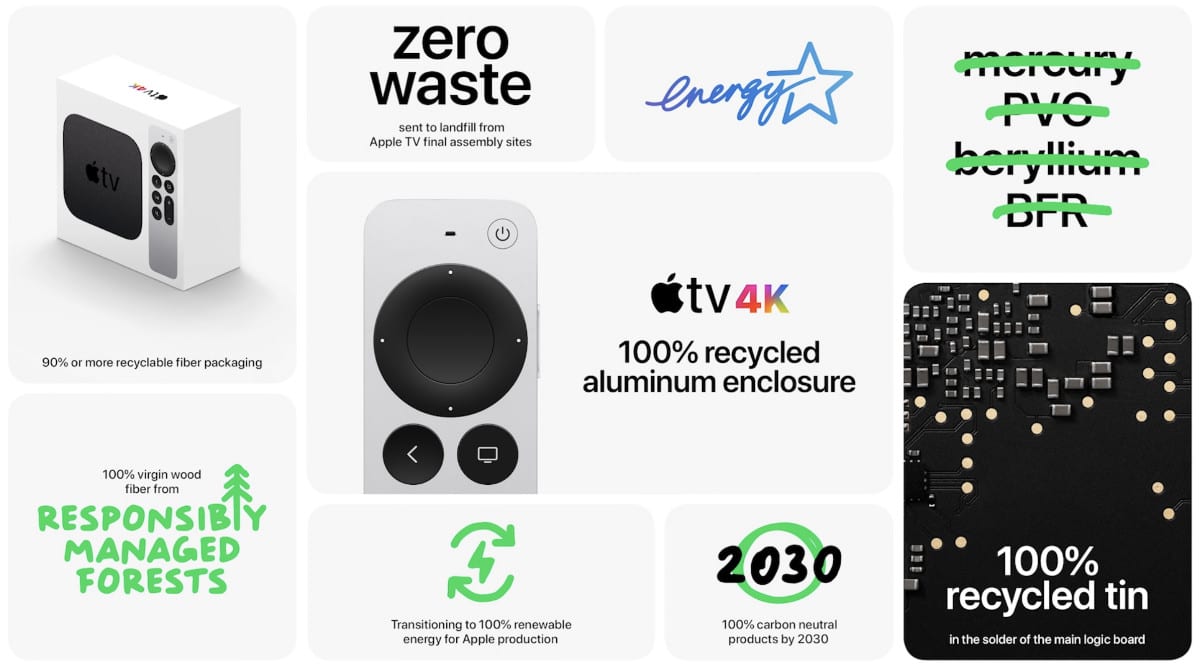 As is often the case, Apple leads the march to a greener future by ensuring the sustainable and environmentally friendly manufacture of its products. And it’s no different for the new Apple TV 4K.

At Apple’s Spring Loaded announcement event, the company boasted of:

Do You Need the New Apple TV 4K? 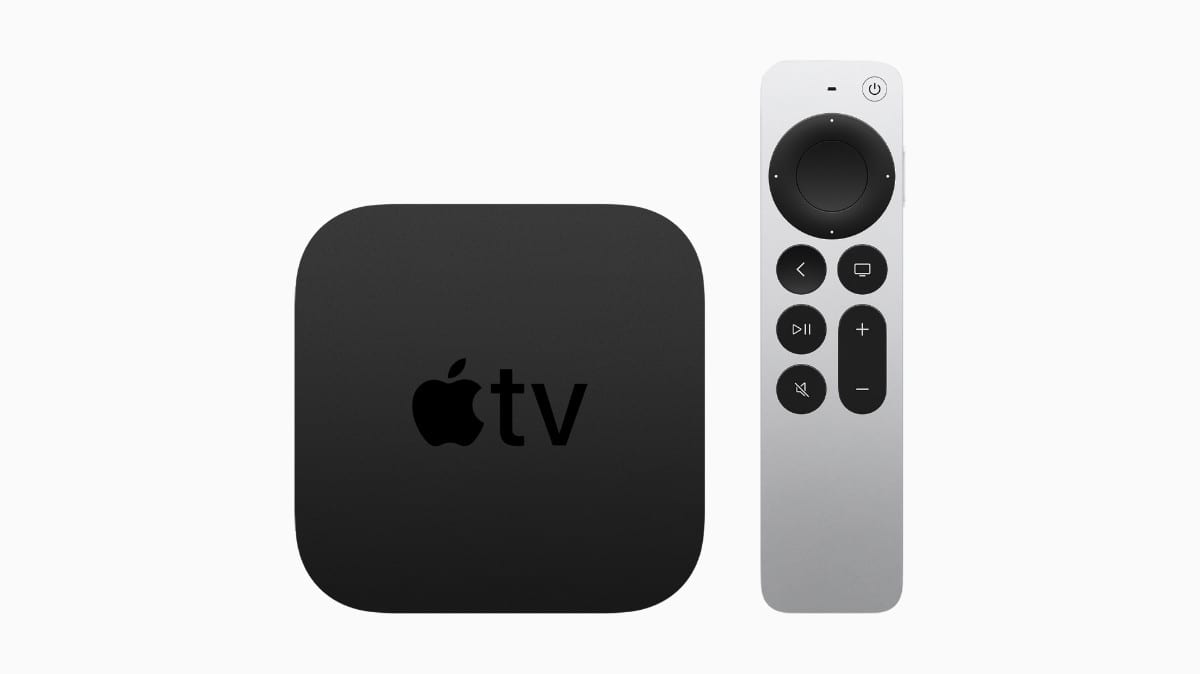 Ignoring the new Siri Remote, Apple’s announcement is more of a refresh to the Apple TV 4K than an upgrade. It seems Apple might agree, seeing as it stuck with exactly the same name for both devices.

If you already own an Apple TV 4K, there’s really no need to upgrade to the new release. Sure, the A12 Bionic chip is a lot more powerful, but for almost everything the Apple TV does, you’ll never need that power.

Even for gamers, it’s only worth upgrading when—or even if—you start noticing performance problems with your favorite games. And that could still be years to come.

The most tantalizing aspect of the new Apple TV 4K is the vastly superior Siri Remote. This remote is better in every way, except for the looks department.

But, again, there’s still no need to upgrade because you can simply buy the new Siri Remote as a standalone accessory—and it’ll still work with your old Apple TV.

If you’re interested in buying one, visit Apple’s website to get your order in now. Shipping starts in the second half of May.

Be sure to catch up on all the news from Apple’s Spring Loaded event. And let us know your thoughts are on Apple’s latest releases in the comments.