You are here: Home / iPhone / Why Apple should actually update the 4-inch iPhone SE 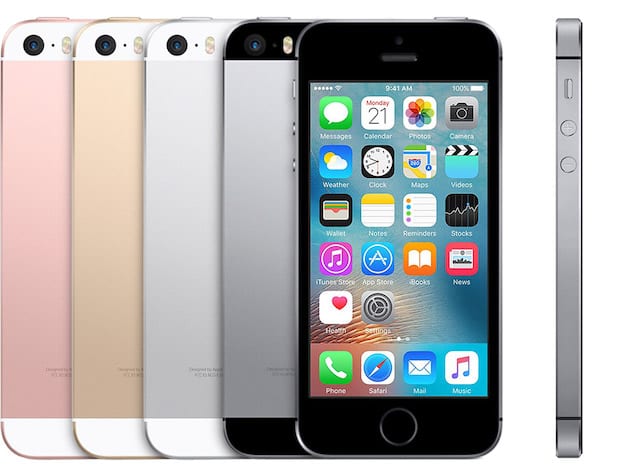 Apple is largely expected to debut an “iPhone SE 2” this year. Except that the rumored device isn’t going to be an iPhone SE at all. But Apple can and should refresh the iPhone SE that we know and love.

If you aren’t familiar, this year’s supposed iPhone SE 2 refresh is essentially going to be an iPhone 8 with updated internals. But Apple could easily give the 4-inch form factor the same treatment. Here’s why it would probably go over well.

In an era when every smartphone is essentially a tablet, Apple could easily buck the trend with a 4-inch iPhone. Take a look at the current flagship lineups out there. There’s no doubt that the industry is phasing out smaller phones. And that’s a shame.

While larger devices are obviously better for watching media, there comes a point when a device just isn’t comfortable to hold or one hand. Smaller smartphones are much easier to handle for smaller-handed consumers.

And there’s certainly a market for it. The original iPhone SE was wildly popular. And when rumors began circulating about a potential refresh, the rumored “iPhone SE 2” became hotly anticipated. When Apple actually made the iPhone SE available for sale on clearance again, it sold out extremely quickly.

There needs to be a balance, of course. Some people will keep on buying 6.5-inch handsets. But users who prefer a more pocketable design have largely been hung out to dry. Apple can really change that with a new 4-inch iPhone.

You could, of course, make the argument that the iPhone SE is an outdated design. It is, after all, based on the iPhone 5. That’s a device Apple first released in 2012.

But what about the iPhone 8? Apple’s upcoming low-cost handset is just expected to be an updated iPhone 8 with a modern processor and other components.

The iPhone 8 is, of course, based on the iPhone 6’s body style. That device was released just two years after the iPhone 5 in 2014. It also sports Touch ID and fairly large bezels, just like an iPhone SE refresh would.

So saying that Apple won’t release a 4-inch iPhone based on a body style just two years older isn’t going to cut it. Apple could easily release a refreshed 4-inch iPhone. And consumers would buy it right up.

The iPhone SE doesn’t look much like current iPhones. But if rumors about this year’s iPhones turn out to be true, a simple update of the iPhone SE could fit in extremely nicely among Apple’s 2020 lineup.

That’s because Apple is expected to overhaul the design of its flagships this year. More specifically, it’ll borrow the squared-off edges of one of its most popular and successful devices: the iPhone 4.

The iPhone 4, of course, has a very similar design to the iPhone SE. In fact, if Apple does simply update the iPhone 8 form factor for this year’s low-cost handset, that device would actually be the out that’s out-of-place in the lineup.

With an iPhone 4 throwback on the table, Apple has a golden opportunity to update the iPhone SE. The device will make sense with the upcoming lineup. And there’s little doubt that many fans will be happy because of it.

There is, of course, a chance that Apple has decided to nix the iPhone SE because one of this year’s devices will end up occupying that slot.

In addition to a pair of 6.1-inch devices and a 6.7-inch flagship, Apple is widely expected to debut a 5.4-inch OLED handset this year. That’s an interesting size change.

Just consider that current 5.8-inch devices like the iPhone X and iPhone XS aren’t that much larger than the 4.7-inch iPhone 8.

Decreasing the screen size to 5.4 inches on the diagonal could very well mean that the device would look more like an iPhone SE with an edge-to-edge display than an iPhone XS.

Another change that hints at this. The 5.4-inch iPhone will probably occupy the bottom tier of the lineup, as evidenced by the fact that it won’t have a 3D time-of-flight camera. It’ll possibly be cheaper than the 6.1-inch iPhone.

In other words, fans of smaller iPhones shouldn’t lose hope quite yet. While Apple many not simply refresh the 4-inch iPhone SE, it could have something very similar but better in the works.

Although we were hoping that the new iPhone SE could be released during the Spring update this year, given the Corona Virus related supply chain issues, it is not looking very feasible.

Do you think that there is a market for the next generation iPhone SE given all the success of iPhone XR and the entry level iPhone 11? Please sound off using the comments below.