You are here: Home / News / Will 2018 iPhones Feature Dual-SIM? What It Could Mean For You

There has never been an iPhone that can support dual SIM card capabilities. But that could change this year, per a new report out of the Far East supply chain.

The Chinese language report, which was published late last month in 21st Century Business Herald, hints that Dual-SIM iPhones could be coming this year.

For one, the report suggests that iPhones bound for the Chinese market will sport two physical SIM card slots. That would certainly be a first in the iPhone lineup.

That only applies to Apple handsets shipped to China though. Devices made for the U.S. and other regions will retain a single physical SIM slot. But they still could have dual SIM functionality.

The 21st Century Business Herald report suggests that all non-China market iPhones will have a single physical SIM slot as well as an Apple SIM.

Apple SIM is a technology introduced back in 2014. Originally for the iPad, it’s essentially an embedded “visual” SIM card — allowing users to get SIM functionality if their carriers support it. 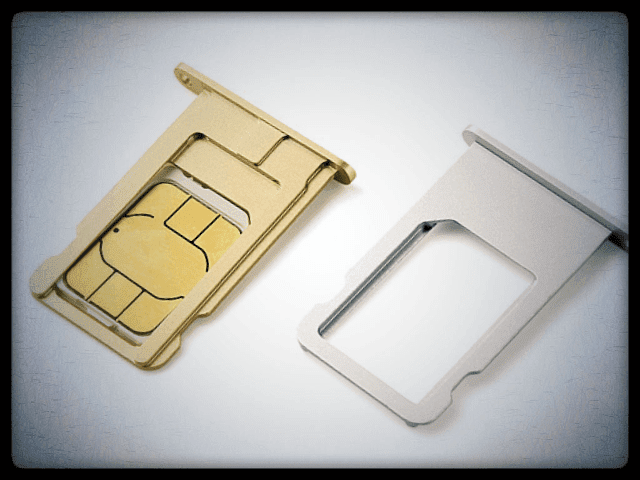 If this rumor does come to fruition, all 2018 iPhones will theoretically be able to support dual SIM functionality.

Interestingly, Apple SIM isn’t supported in China. That could hint at why iPhones made for that market would feature dual physical SIM slots.

In essence, Apple could be planning dual SIM capabilities for its 2018 iPhone lineup and is simply creating models that would allow for that across different regions.

Namely, Kuo forecasted that the rumored 6-inch LCD iPhone could come in a variant with dual SIM card slots. He also predicted that the 6.5-inch OLED iPhone would also support dual SIMs.

It’s not entirely clear, at this point, if that means only two out of the three iPhones expected to debut this year will have dual SIM support.

The Story Behind Dual-SIM

Dual SIM card support is basically what it sounds like. It allows users to install two SIM cards into their devices, essentially giving them two phone numbers and the associated capabilities of that.

While not as common in the U.S., dual SIM card support is incredibly popular in China. In fact, it’s basically seen as an essential feature for most handsets — particularly in the premium or high-end spectrum.

Dual SIM support has also been a common feature of many Android handsets over the years. So there’s definitely a market precedent for Apple to follow suit with its own device lineup.

It would make sense that Apple would equip its LCD iPhone with dual SIM support. That device, which is rumored to be released at an entry-level or mid-range price point, could do exceptionally well in other markets (especially consumers love handsets with larger displays in China).

The timing of these reports from various sources also coincides with the timing of an Apple patent that was approved on July 10, 2018.

In this latest patent, titled, ‘Dual SIM Dual Standby with Caller ID Enhancement’, (US 10,021,544), one can get a feel for how Apple is planning to add additional bells and whistles to the new feature. 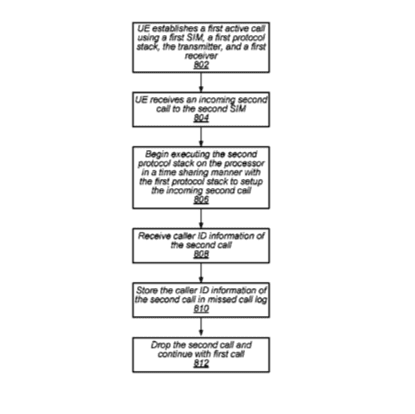 A dual SIM Dual Standy (DSDS) iPhone will provide enhanced caller id features. This means that while your iPhone is busy on an active call on the first SIM, you will still be able to see details of new calls coming in via the second SIM. The caller ID information will be showed realtime as well shown via notification once you hang up the first call on your iPhone.

If you’re in the U.S. or other regions where dual SIM cards aren’t especially popular, you might be wondering why you’d want one.

There are a variety of reasons why consumers want dual SIM cards. But here are just two that might be especially applicable for many iPhone owners.

There are ways around this, of course. We’ve written previously about how to use an iPhone abroad without seriously impacting your bank account.

But dual SIM functionality would make this even easier. You could have one SIM card for your standard domestic carrier, and another specifically made for travel.

Similarly, having two SIM cards installed in your iPhone could help you keep your work-life balance win order.

For example, you could have one SIM card specifically for work and another for play or personal use.

You wouldn’t have to give out your personal number to colleagues, clients or other people you’d interact with during work.

And you could easily tell whether an unknown caller is a work contact or a friend, based on which phone number they are calling.

How likely are dual-SIM iPhones?

But with the slowly expanding popularity of dual-SIM capabilities in other regions, it might also be wise for Apple to spearhead the adoption of the technology across the globe.

Of course, it’s important to take rumors and supply chain reports with a grain of salt. But we won’t have to wait much longer until we know for sure. All will be revealed when Apple announces its 2018 iPhone lineup this fall.