You are here: Home / News / Will Apple Dominate the Wearable Category with Watch 2?

According to a new report published on Feb 23rd by the research firm IDC, Apple has shipped a total of 11.6 million devices in 2015, totaling over $4 billion in sales.Apple grew its Watch distribution, enjoyed holiday promotions, and drove the company’s overall ‘Other Products’ revenue during 4Q15.

However, volumes for the quarter grew only slightly from the previous quarter and total revenues have yet to counterbalance the slowing growth and declines from the company’s other product categories. Expectations are higher for the next-generation Watch that can leverage the company’s platforms (HealthKit, ResearchKit, WatchKit, and watchOS 2) and connectivity capabilities. 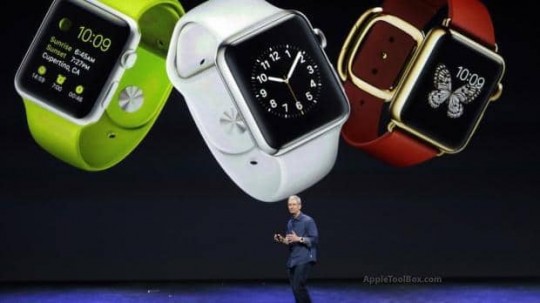 Overall in 2015, the category leader, Fitbit managed to ship 21 million units, almost double that of Apple at 11.6 million devices. However when you look at the prior year 2014, Apple didn’t even have a presence in this category. It is amazing to see how fast Apple is establishing itself as a top contender in the wearable market.

“It’s also worth noting that the wearables market isn’t just about smartwatches and fitness bands,” said Jitesh Ubrani, Sr research analyst at IDC. “Though the top 5 certainly dominate with wrist-worn devices, there’s been an immense amount of growth in other form factors like clothing, footwear, and eyewear – form factors that arguably require even more fashion sense than watches or bands.”

With the much-anticipated Watch 2 release this year, Apple can easily establish itself as a category leader by offering new features. In the mean while, it has steadily kept working to fix issues related to its Watch OS with the release of WatchOS 2.1 during the end of last year. The update builds upon the prior WatchOS 2.0.1 by including support for numerous new languages, adding right-to-left user interface, resolving an issue that prevented time from displaying in Power Reserve mode and more importantly fixing an issue that prevented some third –party app icons from displaying correctly. This week also marked the release of the fifth beta of WatchOS 2.2 to Developers.

RELATED: Can we expect a new Apple Watch in March?

When it comes to extending upon the usability features, Apple is also carefully building upon it. As an example, it added the popular “Nearby” search to Maps for Apple Watch in early January. Our friends at 9to5mac covered this in Jan. With new phones to be released, it will be important to see how Apple overhauls the integration aspects of WatchOS to align with the new iOS releases, with the next major ios 9.3 update projected to be released in Spring 2016.

Either way, this is one category where we can definitely anticipate more momentum from Apple as we move into 2016 and beyond and expect it to dominate the category with release of its much anticipated Watch 2.