You are here: Home / News / Will Apple Glass Be Released In 2021? Rounding Up The Rumors

I’ll admit it, the bug has bitten me. I am beginning to get excited for Apple Glass, a product that hasn’t even been confirmed, let alone announced.

Apple Glass is a product that has been rumored for several years now, with concrete evidence starting to surface back in 2017. This means that, unlike the Apple Car, Apple Glass seems to be a certainty.

It’s just a matter of when it’s coming out.

In this post, I’m going to cover everything you need to know about Apple Glass, from what it is, to what it will do, to whether or not we’ll even see Apple Glass in 2021.

What is Apple Glass?

Apple Glass is a rumored product from Apple. From what we understand now (which is a limited understanding, mind you), this product is going to be a pair of smart glasses. Like your Apple Watch, this is something that Apple is expecting you to wear on your person each day for most of the day. That’s what we expect, anyway.

Now imagine having features like this on your face at all times. Messages will be readable to you as they come, QR codes will be read as soon as you look at them, and using Apple Maps is going to (presumably) become far more futuristic.

Virtual reality, on the other hand, refers to a digital version of reality that completely covers up your sight. This is probably more familiar to you. If you’ve ever put on a pair of VR goggles that allowed you to look around a digital, 3D space, you’ve experienced VR.

Think of VR like having a video game strapped to your face. Augmented reality, on the other hand, is more like having holograms appear in your vision. 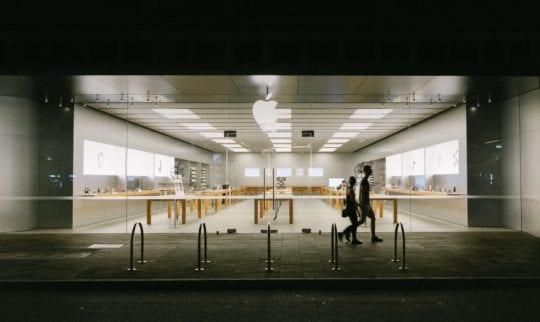 While there is no official confirmation, all signs point to yes. It does look like Apple is currently working on a pair of AR glasses in 2021. There are so many rumors pointing towards this, in fact, that it doesn’t appear to be a sophisticated rumor (such as the return of AirPower).

If you’re excited for Apple Glass, your excitement is currently well-placed. It’s a product that Apple has been targeting for some time. The tech giant has made patents for AR glasses and components for AR glasses. And it’s acquired AR startups in the last few years. And it’s worked with popular VR companies like Valve in the past.

So, in short, you can reasonably assume that Apple Glass is on the way. Assuming there isn’t some kind of behind the scenes disaster that causes it to be canceled. But given how key AR glasses seem to be to our future, I doubt Apple is ever going to completely give up on the product.

Everything you need to know about Apple Glass in 2021

Will Apple Glass be released in 2021?

Possibly. At the time of writing, that’s honestly the most accurate answer I can give. It looks like there is a possibility that Apple will announce Apple Glass in 2021. Various sources and outlets (which have been reliable in the past) point towards this possibility. If Apple Glass does release this year, it will most likely come in March.

However, it seems just as likely that Apple Glass won’t release this year.

Rumors have been pointing to a 2023 release for Apple Glass, and I have to say, that timeline seems to make more sense to me. I’m not sure if the average consumer realizes how complex a product like AR glasses is to achieve. But the fact that you’ve never seen it done in an effective, affordable way should tell you something.

If Apple does announce it this year, my guess is that it’ll be similar to the Series 0 of the Apple Watch. A product that Apple admits is a prototype, not ready for the average consumer. And I’m sure it’ll be very expensive and limited in features. Just something to get the public used to the idea.

More likely, though, is that Apple will instead announce a proprietary VR headset before the end of 2021. This makes a lot more sense to me and is a smarter way to prepare people for the eventuality of Apple Glass.

Only time will tell!

Substantiating the rumors that Apple is working on an Apple-Glass-like product is evidence found in iOS 13, iOS 14, and Xcode, Apple’s development environment for programmers.

In iOS 13, which was released in the Fall of 2019, references to an operating system known as “Starboard” was found thousands of times in code and documents. As the Starboard operating system has never been announced to the public, and since Apple has a clear naming scheme for its operating systems (macOS, iOS, iPadOS, watchOS, etc.) it certainly seems like Starboard is a codeword for an unreleased OS.

Additionally, Starboard appears to be a framework for augmented reality, hinting even further at the possibility of it being an early version of “glassOS”.

In iOS 14, released Fall of 2020, images and code were found that seem to also point in the direction of augmented reality advancements from Apple. Namely, an image of an AR controller was found, as well as references to a bowling game. While this might be unrelated to Apple Glass (it’s possible it might just be a new iPhone app/controller) the possibility of it being tied to it is there.

And, lastly, in Xcode 11, evidence was found that points towards Apple working on some kind of face-mounted AR device. Remember, that’s AR, not VR, which seems to be a direct reference to the unreleased Apple Glass.

How much will Apple Glass cost?

It should go without saying that everything in this article is, of course, conjecture. It’s evidence-backed conjecture, sure, but conjecture nonetheless. I do not have a magic line to Apple’s schemes and plans, so take everything, especially this part, with a grain of salt. 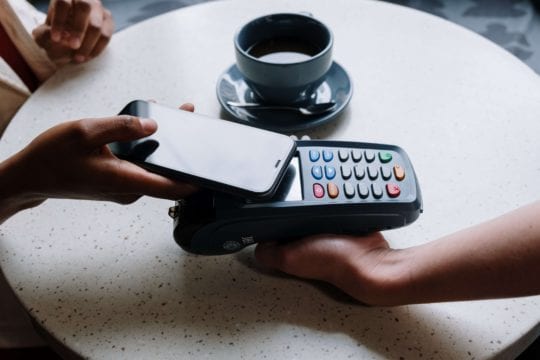 According to “Apple insiders”, Apple Glass will be priced somewhere between $300 and $900 on launch. That’s a pretty broad range of prices, but there’s more to it than just the numbers.

Reports also suggest that the initial version of Apple Glass is going to have a similar launch to Apple Watch. For those who don’t remember, Apple Watch initially had a soft launch as a prototype product. It was clear that the device didn’t do much, wouldn’t last very long, and was far outside the average consumer’s price range.

However, the small group of consumers that grabbed this device helped Apple figure out what people would do with it, gave them the motivation to refine the design and lower the price, and eventually led to devices like the Apple Watch SE.

In other words, grabbing a pair of Apple Glass 1’s isn’t going to be cheap, nor fashionable. And that price will probably increase if you need prescription lenses. However, don’t expect Apple Glass to stay as expensive as it is the day it launches.

What features will Apple Glass have?

There are a few ideas as to what Apple Watch might be able to do, and none are too unpredictable.

The first speculation is that Apple Glass will be gesture-controlled. Even though a controller has been discovered in iOS 14, I doubt Apple will sell the device with a remote. Instead, there will likely be some clever motion tracking going on that allows you to control the glasses by swiping your hands through the air. 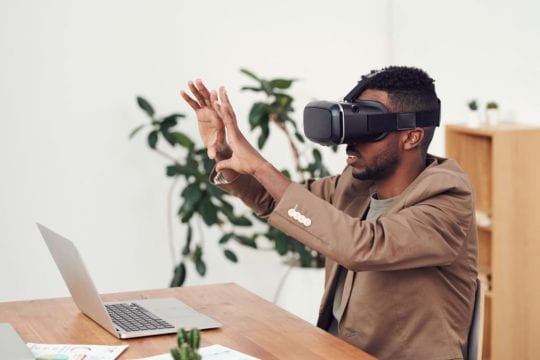 The second speculation is that, like the Apple Watch, Apple Glass will have a strong focus on notification delivery. This means you’ll likely see text messages and phone calls appearing in your peripheral as opposed to in your pocket or on your wrist.

And third, we assume that Apple Glass will launch with support for a number of default iOS apps. For instance, pulling up direction in Apple Maps might overlay the routing on your environment, highlighting streets and buildings. Apple will probably develop some peripheral devices, similar to App Clips, that allow for unique interactions only possible with Apple Glass.

Will you need an iPhone to use Apple Glass?

Again, there isn’t any way to know this for sure at this point, but for now, reports are suggesting that you will need to pair Apple Glass to iPhone. Like Apple Watch, this is how Apple Glass will connect to the internet, your Apple ID, and manage certain controls and features.

Unfortunately, I don’t think we’re going to see a pair of Apple Glass that’s independent of the iPhone until the Apple Watch gets the independent treatment. So it will be some time after its release when you can buy Apple Glass without needing to own an iPhone.

Why should I care about Apple Glass?

I don’t blame you if you aren’t sold on the idea of Apple Glass. I’ve been hearing about these glasses for years and until recently didn’t care if they were released one way or the other. But becoming an Apple Watch owner has seriously changed my view of tech and my relationship with it.

Getting my Apple Watch cut my iPhone usage was cut to about half within the first week. And that time didn’t get completely eaten up by my Apple Watch, either. I simply gained that time back. Checking my notifications kept my iPhone in my pocket, which has been a great thing.

Additionally, I’ve found that the Apple Watch feels like a much more intuitive device. To interact with it, I raise my wrist, speak to it, swipe on it, and lower my wrist. Unlike the iPhone, Apple Watch doesn’t interrupt my day or take me out of the moment. It fits into my life fairly seamlessly. And, on top of that, it’s positioning on my body means it offers tons of other benefits, primarily tied to my health.

So now, when I think about Apple Glass, I start to view a world in which interrupting devices like iPhone start to become obsolete. Instead, we move towards devices that hide in the background, giving us tools that don’t interfere with our daily routine. 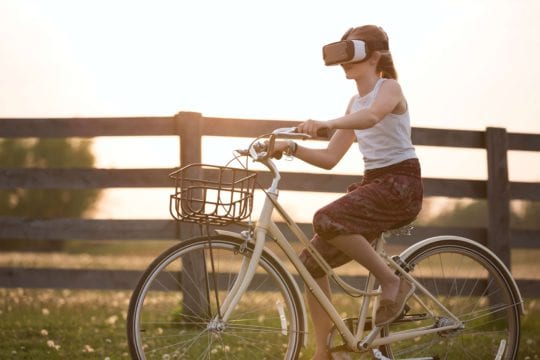 To me, this is why you should care about Apple Glass. I believe it represents the next step in technology, a break away from our craning necks and glassy-eyed stares at shiny screens.

Powerful processors, fans, and a hefty price tag: Apple Glass might not be for you… yet

It might’ve become clear throughout this post that, while it sounds exciting, Apple Glass is probably a long way from being consumer-friendly. Even if it releases in the next few months, it’ll probably be about as ready for the public as folding phones are. A novelty that needs a bit more refining before you can recommend it to your friends.

That said, the chunky, battery-hungry, expensive pair of glasses we’re expecting on launch will no doubt be refined into something as sleek and seamless as the Apple Watch or iPhone. When that happens, who knows what the future of mobile devices is going to look like.

Until then, I suppose we’ll all have to continue waiting with eager anticipation for Apple glass. I look forward to discussing it with you!