You are here: Home / News / Will iOS 14 Hurt Advertisers?

“An app would like permission to track you across apps and websites owned by other companies. Your data will be used to deliver personalized ads to you.”

If you’ve upgraded to iOS 14, you’ve probably seen these words in a popup from the newest iPhone update. Twenty-seven words that strike fear into the hearts of advertisers everywhere.

But what exactly do they mean?

In this article, we’ll explore how Apple’s latest privacy features could completely change the advertising industry – and whether or not that’s a good thing.

Why are advertisers worried about iOS 14?

In iOS 14, Apple expanded on a feature it added in iOS 13 that limits how advertisers track you. In iOS 13, this feature was an off-and-on switch buried in the Settings app. While lots of users found and took advantage of this option, lots of users didn’t. For this reason, it flew under the radar

Now, with this latest update, Apple users receive a notification every time an app tries to track them for advertising purposes. Along with this notification is the option to immediately disable that app’s tracking permissions.

Anyone who reads this notification is almost surely going to say, “No thanks, please don’t track me, thank you.” For users, this is a powerful move, increasing the amount of control you have over your privacy.

For advertisers, it’s less than savory.

Lots of advertising platforms, including Google and Facebook, have their own version of IDFA. It’s a simple and effective way to track ads without being too touchy-feely with a user’s privacy. It gives advertisers data that tells them their campaigns are effective and reaching the right audiences.

By making it easier for users to disable this feature, Apple is essentially sending online advertising back to the 1990s. Ads will become less targeted; businesses won’t be entirely certain how their ads are performing.

In other words, by helping its users, Apple is hurting advertisers.

Facebook vs. iOS 14: Why the social media giant is nervous 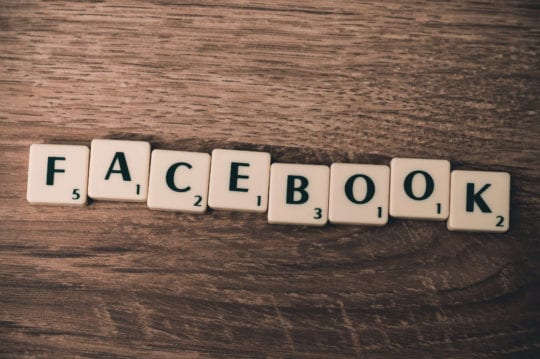 If you’ve heard anything about this latest tech drama, it’s likely been one of the many gripes issued by Facebook since WWDC20. However, Facebook is far from the only company that will be affected by this change.

After all, the change is happening on Apple’s platform, and nowhere else. So if anyone is going to be impacted by this change, it’s Apple. But the same applies to Google, Amazon, as well as smaller developers, businesses, and advertisers on iOS.

So why is Facebook so concerned about this change?

Because out of all of these companies, Facebook is the most reliant on Apple’s IDFA feature. If you’ve ever used Facebook (and I assume you have) you’ve probably noticed that it’s free. That’s because Facebook is paid for by the massive advertising industry it props up.

Why is Apple targeting IDFA?

In short, privacy. If “Think Different” was Apple’s rallying cry in the early 2000s, then “Privacy” will be its call to battle in the 2020s. We already covered Apple’s reasons for investing in privacy in an earlier post, which you can read here.

By investing in user privacy, Apple is not only doing the “right thing”, but it’s also garnering user support and hurting its biggest competitors. And, on top of all of that, they’re doing it while making it appear optional; users can still permit advertisers to track them if they like.

But, of course, that isn’t going to happen. Once again, Apple has positioned itself expertly.

Are the new anti-tracking features in iOS 14 really a good thing?

Unless you’re Mark Zuckerberg, you’re probably not too broken up over the changes in iOS 14. After all, what’s good for the users is good for everyone.

The problem with these new anti-tracking measures from Apple is that it’s hard to pin down just how drastically they’ll affect the advertising industry. Though all of us may hate advertising, it’s how small businesses succeed in today’s world. It’s the reason you know your favorite band exists, and it’s the reason articles like the one you’re reading right now can turn a profit.

We all despise commercials, but we thrive on them, too. They support and promote artists and entrepreneurs, provide jobs for those creating and sponsoring ads, and they’re the reason why Google Search, YouTube, and Facebook.com are free-to-use.

In other words, while it’s fun to poke at the Zuck’s fears, the truth is that at the end of the day, we probably don’t want the advertising industry to completely bite the dust. And neither does Apple, for that matter, which is why they’re working on SKAdNetwork.

With a beautifully catchy name like “SKAdNetwork”, it’s a wonder more people aren’t talking about Apple’s next innovation in the advertising space.

When Apple announced these changes to IDFA at WWDC, they also announced SKAdNetwork, a Plan B for advertisers on iOS 14. It’s a feature that will still provide advertisers with attribution (i.e., insights into how effective an ad campaign is) without offering any data on the users being targeted by that campaign.

In my opinion, this is a good starting place for the advertising industry, as it provides enough of a foothold to keep advertisers from completely being kicked to the side.

On the other hand, I don’t think any advertiser would disagree that this is pretty bare-bones. Most advertisers won’t have enough data to draw serious insights from. Hopefully, as time goes on, Apple will find more ways to provide advertisers with helpful data that won’t infringe on user privacy.

Until then, I have no qualms about disabling ad tracking in iOS 14.

How to enable anti-tracking features in iOS 14

The simplest way to use iOS 14’s anti-tracking features is to enable them as they appear. Your iPhone and iPad will notify you any time an app is trying to track you, providing you the option to prevent it from doing so. So long as you check “Ask Ad Not To Track” you’re good to go.

For those who want to disable all ad tracking by default (which I assume is most readers) start by opening the Settings app and tapping Privacy.

Once there, tap Tracking and then turn that little green switch off. 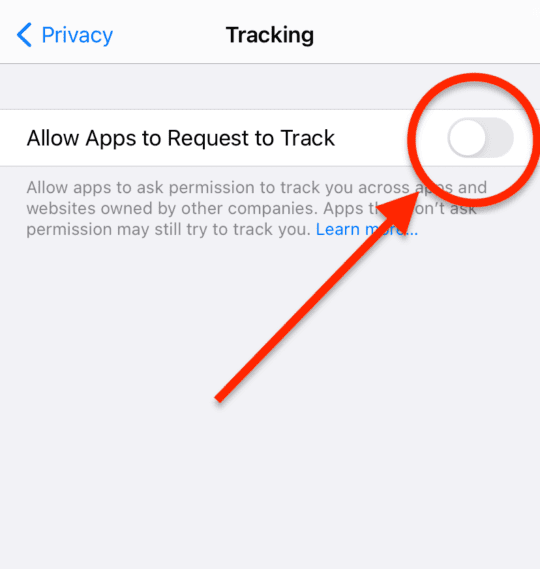 This will prevent all apps from tracking you for ad purposes by default. You won’t see any apps asking for permission to track you because they won’t even be allowed to ask.

Hopefully, I’ve presented a stance in this article that shows the pros and cons of Apple’s latest decision in iOS 14. It’s easy to say that this is doom for advertisers or haven for users, but I think the truth is somewhere in the middle.

Every decision like this comes at a cost, even when it comes with a benefit, and I hope that Apple is careful not to completely disregard the much-loathed advertiser as it continues its quest for privacy.