You are here: Home / iPhone / Will the iPhone 7 live up to the hype? 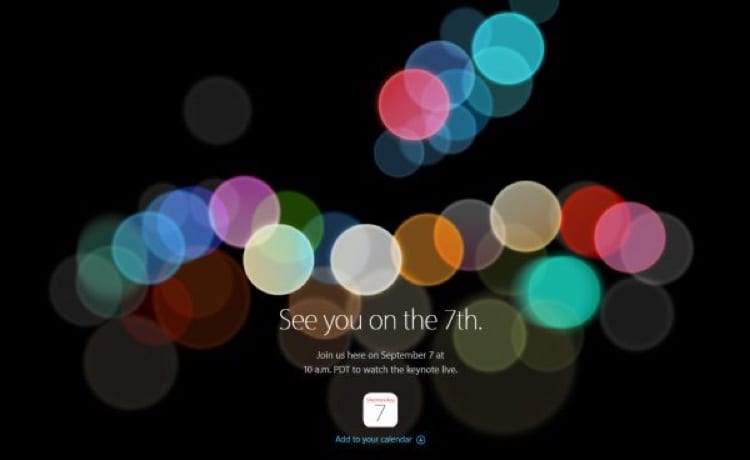 This year’s iPhone 7 is just around the corner, expected to be announced at an Apple event helmed by Tim Cook on September 7th, going on sale a few days later handful of first-wave launch countries (typically UK, Germany, France, Hong Kong, Australia, Singapore, and a few others).

The exact online-order date won’t be known until the 7th. We do know however that it’s imminent, and it won’t be long before all the various leaks and rumours will be proven true or false.

As ever, there is always a lot of hype over the world’s best-selling (and arguably best-loved) smartphone, ranging from excitement and anticipation to the usual criticism about Apple not being “innovative enough”, as well as the tit-for-tat arguments between Android and Apple fans, who can’t seem to give it a rest and just get on with enjoying their phones.

I’m also guilty of this – I would never buy an Android phone mainly because I prefer my phone to play nicely with other Apple products, and prefer the overall design and usability of iPhones. I am a so-called techie, but I’ve found that Apple products are more to my taste than Android, coupled with the fact that any iPhone you buy will receive frequent updates and last a couple of years at least.

If you’re reading this, you’re also likely to be of the same opinion. So, are you looking forward to the iPhone 7, or will it be a decent but fairly boring incremental upgrade?

Let’s have a quick recap over what’s likely to be in the new iPhone. Rather than present an exhaustive “everything we know about the iPhone 7” (which has already been covered on hundreds of other websites), this list should just serve as a brief reminder of all the juicy new technology we can expect next month. 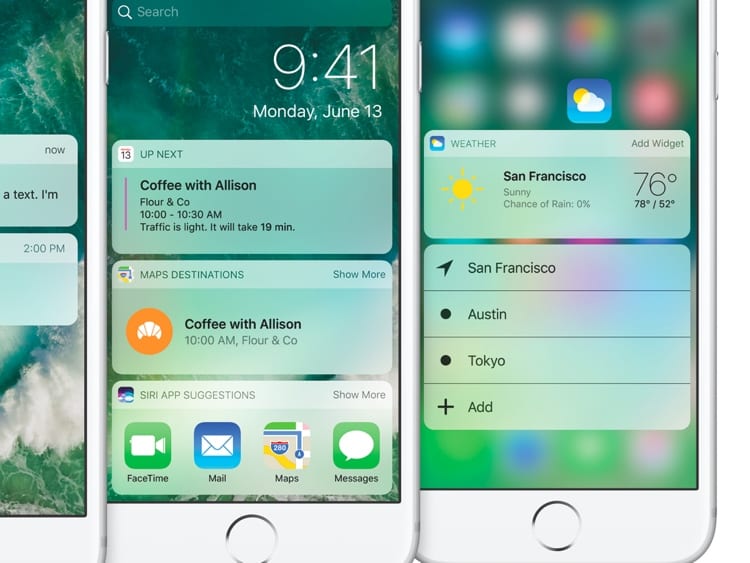 Let’s start with iOS 10, the next iteration of Apple’s smartphone and tablet OS which will be ready by the time the iPhone 7 launches. Apple already presented a comprehensive rundown of most of the noteworthy features at this year’s WWDC in June, including a complete revamp of iMessages (making it more Messenger-like as well as the ability to use third-party app extensions) – a welcome overhaul that should make the app even more pleasant and useful.

iOS 10 also updates the lock screen with richer notifications and 3D Touch to dismiss and interact with them. Photos gain accurate face recognition without having to be connected to the Internet. One of the bugbears many people have is not being able to uninstall the stock apps that come with iOS – this will now be possible in the latest version with built-in apps now available in the iOS App Store as standalone downloads.

There are far too many features in iOS 10 to list here, but suffice to say that iOS will for many people be the icing on an already tempting cake. Please check out our complete iOS 10 features and how-to guide article to learn more about it.

Apple usually updates the design of the iPhone on a two-yearly basis, with the “S” models being a refinement of the previous year’s look-and-feel. Last year this also held true, with the same outer appearance except for a much more durable ‘7000 series’ aluminium to avoid another “Bendgate” controversy.

You might expect a completely new outer shell for the iPhone this year, however rumours point to Apple largely keeping the current design this year, saving a more significant update for 2017.

To many people this might seem as if the iPhone 7 will offer little in the way of new features and improvements over the 6s, but readers of Apple Toolbox will know it’s mainly what’s inside that counts. Having said that, we are expecting Apple to somewhat controversially drop the 3.5mm headphone jack – instead opting for either wireless earbuds or Lightning-only wired headphones.

The upside is that it will be possible to squeeze a larger battery into the phone, although it’s not expected to result in a thinner iPhone, despite what you might read online. The headphone jack has been around for decades, and as Motorola also realises, it’s about time this ancient connector went the way of the dodo.

By eliminating the jack, it’s possible that the iPhone 7 will be more waterproof and dustproof than previous models, and Lightning digital audio means headphones could include their own high quality digital to analogue converters, possibly boosting audio quality.

Some argue that Bluetooth audio isn’t as good as analogue ‘phones, but it’s improved a lot in recent years, and recent statistics show that around 50 percent of new headphone sales are for wireless models…

Other external design changes of note include more discrete antennae bands – instead of the somewhat unsightly across-the-back layout we have now, they’ll be less noticeable and follow the contours of the phone’s top and bottom curves.

The iPhone has always been renowned as taking great pictures, and this year iPhone 7 Plus (and perhaps the 7) may include a dual 12 Megapixel camera – meaning much better photos but also possibly a wider camera hump on the back. 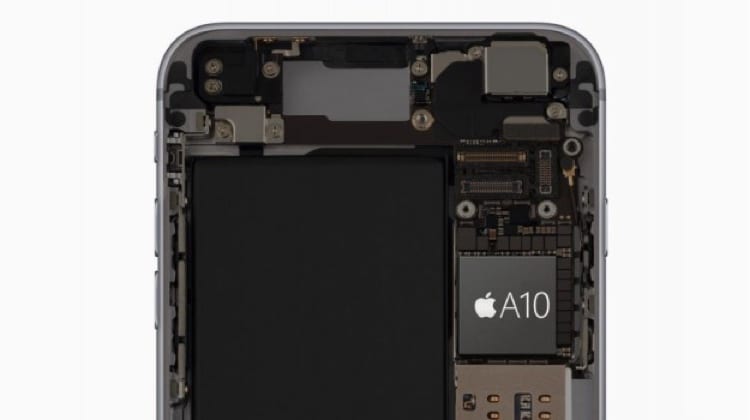 One area in which Apple usually excels (and blows away most of the competition) but where most people don’t notice, is the CPU that powers the iPhone. Every year, a more powerful and less energy-sapping processor is unveiled that typically for a few months at least is considered the most powerful smartphone CPU around.

The A10 chip (manufactured by TSMC or Samsung) will power the new iPhone, and if previous years are anything to go by we can expect a decent speed bump and improved graphics (thanks to Apple’s acquisition of P.A. Semi several years ago and its stake in Imagination Technologies, it’s in-house chip design team have been making great strides in mobile processor development, far outpacing its competitors whose chips have higher clock speeds and more cores).

Apple announced its A7 64-bit mobile chip back in 2007. At the time it was unheard of for a smartphone to use a 64-bit CPU, with many saying it did not provide any real benefit because the iPhone didn’t have more than 4 GBytes of RAM. That argument has since been debunked on tech sites such as AnandTech, and today almost every high-end smartphone packs a 64-bit CPU. As history shows, Apple has led the way in mobile CPUs in the last few years, which makes it one of the most interesting areas to watch at the keynote address.

Anyone who plays games on the iPhone will appreciate just how important the A10 chip will be, keeping everything running smoothly and lag-free (in contrast to many Android phones which struggle to maintain similar benchmarks).

It has also been suggested that the iPhone 7 will feature 2 GB of RAM (just as the iPhone 6s does), but the iPhone 7 Plus is said to increase the amount to 3 GB.

Whatever the internals of the iPhone 7, as far as usability and performance go, its really the ingenuity of Apple’s hardware teams that will make the new model buttery smooth and more powerful than just about every other phone around.

Anyone expecting an OLED screen, removal of the Home button, and a curved glass surface will be sorely disappointed come next week, as such major changes are more likely to be held back until 2017 when the iPhone 7s (or perhaps it will be called the iPhone ?) debuts.

As far as curved screens are concerned, the Galaxy S7 Edge may have proved a surprise hit with Android buyers, but does it really add much to the overall user experience? That’s one area we’ll have to wait and see if Apple’s design gurus come up with something a little more compelling than simply showing additional icons down the sides.

EMS/ODN, a popular Chinese tech blog reported on Aug 30th that Apple has decided to adopt the 3D curved tempered glass on the housing of the 2017 flagship model of iPhone. China Hnlens (Ai思), China Bern Optics (Hakunanjiama optical) and  Taiwan Foxconn (FOXCONN = Hon Hai  will be the key companies supporting the implementation of the new design.

Rumors of new models with advanced features are already circulating based on Apple’s Supply Chain sources from far east.

There have also been rumours that the iPhone 7 Plus would come with a Smart Connector just like the one featured in the iPad Pro. This would be a welcome addition to connect additional devices, keyboards, chargers, and so on. But again, it’s not likely to see the light of day this time around. 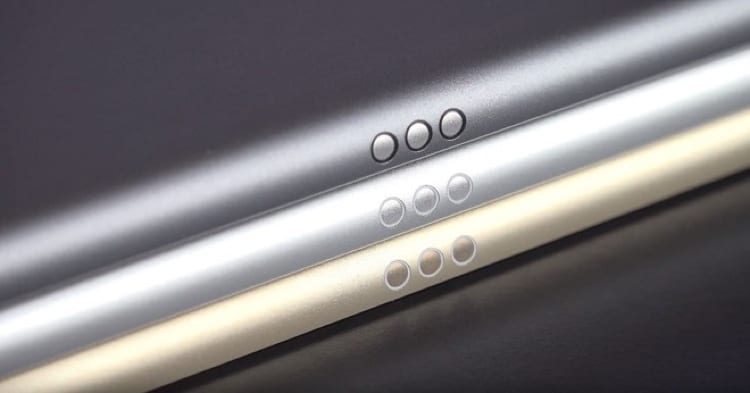 The iPhone 7 is sure to sell in the millions whatever is revealed in September.

Will it live up to the hype? Only time will tell…