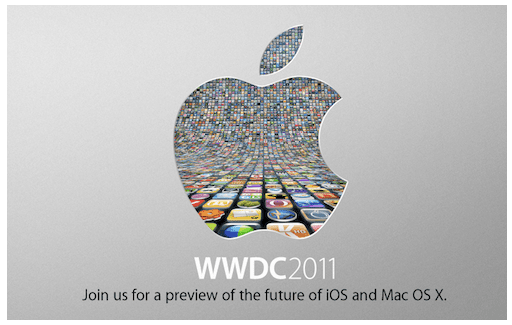 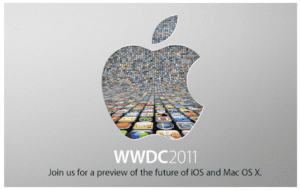 We have all known for some time now that WWDC was going to put its main focus on the new OSX Lion and iOS 5. But there were a few things that were up in the air. Was the iPhone 5 going to be introduced here as usual or skipped? Who was going to give the keynote? Would Apple finally introduce their cloud service that we have been talking about for a while now?

Well, the picture just got a little clearer. Apple released a press release that announced that WWDC was going to be about Lion and iOS 5. But they also announced two other things that were somewhat unexpected and very “un-Apple” like. They announced that Steve Jobs was going to do the keynote. I thought this was interesting. As we all know Steve has been on leave for some time now and doesn’t look to be coming back any time soon. But at the same time he gave the keynote for the new iPad 2. So there was some doubt on whether he would be there at WWDC or not. Usually Apple wouldn’t say whether he would or not, but let the suspense build and have people see for themselves on the day of the keynote. But this time around they decided to announce in their press release that, indeed, Mr. Jobs is going to be giving the keynote this year again.

Secondly, Apple announced that the iCloud service would also be introduced as well. They are calling it their “cloud service offering.” I thought it was somewhat interesting that they would let the cat out of the bag, so to speak, on this one. We all knew it was probably coming, but Apple is so good about keeping tight lipped on things that it was interesting to see they decided to even mention it in the press release. Now, the big question is, what will be offered in this “cloud offering?” Will it be strictly music? Will it be music, movies, and tv shows? Will it be all of those plus a revamped MobileMe? It is really hard to say what it will be. And the other question is, what will this service cost?

I guess all of these questions will get answered come June 6th, which is just days away. But for now we know a few things are certain. Jobs will be there, the keynote will be software centered, and iCloud will be introduced. But will there be that signature “one more thing”? I guess we will just have to wait and find out.