You are here: Home / News / Here are the most exciting announcements from WWDC 2018 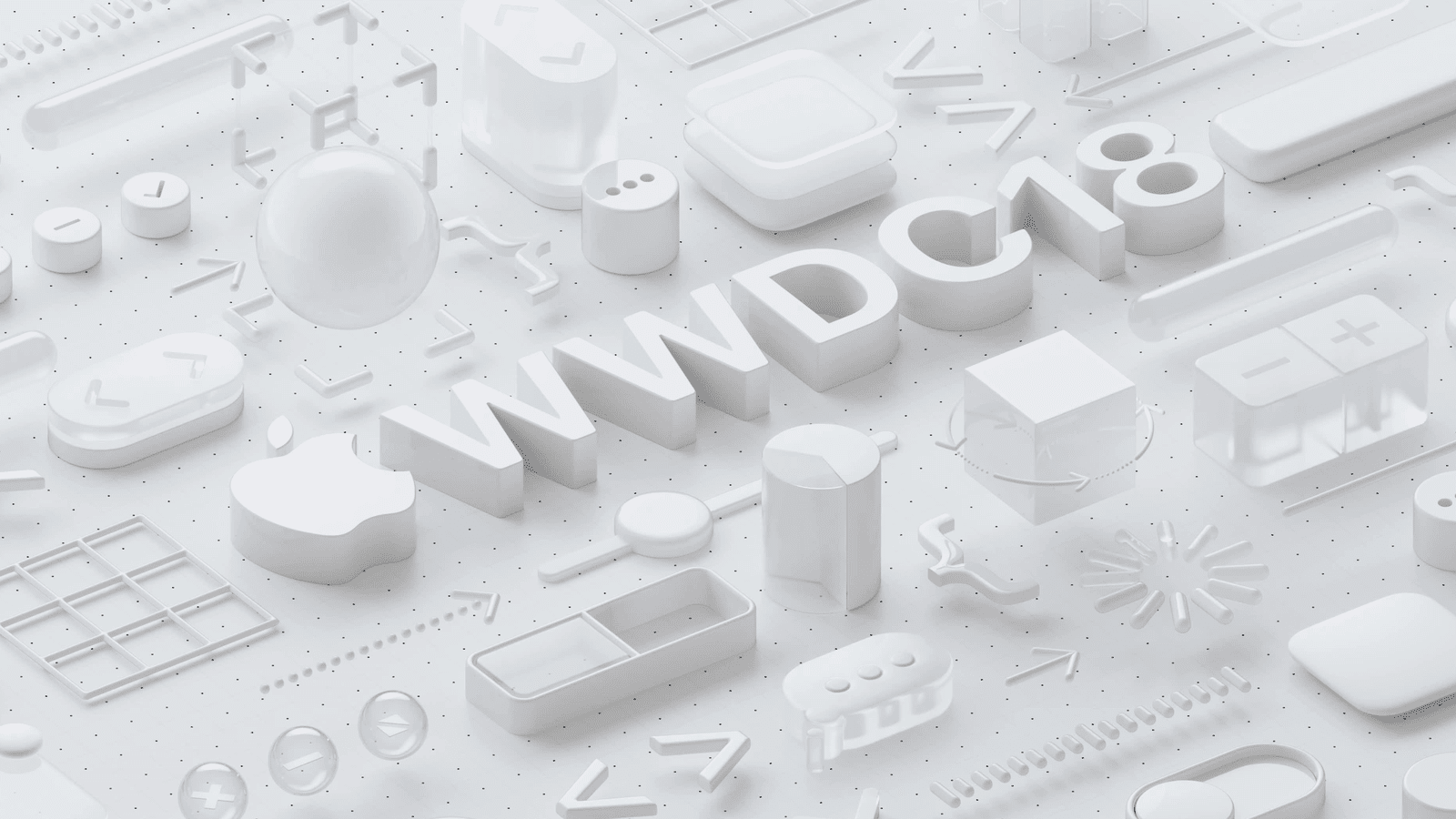 We’re going to take a look at some of the most exciting features and announcements unveiled.

It should come as no surprise that Apple announced its latest version of iOS. iOS 12, coming later this year, will include many new features, some of which that we will touch on here.

While this update will not bring a complete interface overhaul, there are a lot of under-the-hood improvements. Perhaps the biggest improvement is that iOS 12 will be compatible with all of the same devices as iOS 11.

This means that even the iPhone 5S, which launched in 2013, will reap the rewards of Apple’s latest software. Apple claimed that apps will launch 40% faster, the keyboard will appear 50% faster, and access to the camera will be 70% faster.

iOS 12 will be coming to the iPhone and iPad this Fall for free.

FaceTime has seemingly been one of the most under-the-radar apps over the last year or so. That changed with this year’s WWDC as a major new feature was announced – FaceTime Group.

Instead of being limited to chatting with just one person via FaceTime, you can now do so with up to 32 people. Whenever someone is talking, their “square” enlarges, putting them at the center of the conversation.

Animoji has taken the world by storm ever since it was released alongside iOS 11 and the iPhone X. We have seen a few updates since then, but iOS 12 will bring the biggest update to Animoji with Memoji.

In addition to featuring “tongue detection”, Memoji will allow you to create and customize an Animoji of your own. We have seen this kind of thing before with AR Emoji from Samsung. However, with Apple, it seems that Memoji won’t scare the kids and is extremely customizable.

Perhaps the biggest complaint regarding iOS has been the mess that is notifications. Receiving multiple notifications from the same application simply clogs up your lock screen.

There was much hope that Apple would bring some major enhancements to Siri. Apple has been quickly falling behind Google Assistant, and a new version of iOS would hope to bring new features.

Siri Shortcuts is what we ended up with, which will suggest actions based on your usage. There are also customizable actions, which allow you to tap a button to make a slew of things happen all at once.

This will also work with third-party apps such as Tile. A demo shown on stage revealed an action to locate lost items and Tile informs you of where your keys are.

Moving forward with “Shared Experiences”, this means that users will be able to experience the same situation in an ARKit 2.0 application. LEGO took to the stage to show this functionality off while announcing a new app to launch this year.

The Apple Watch is by far the most popular smartwatch and is even taking over some “old-fashioned” watchmakers. Along with iOS 12, Apple introduced watchOS 5, which aims to bring some long-requested features to the foreground.

There will be some new workout modes coming, including Yoga and Hiking. In addition to focusing on workouts, Apple introduced new interactive notifications, along with a brand-new Podcast app.

You may remember the original Apple Watch announcement where a Dick Tracy-like app was shown off. This app is now a reality with Walkie Talkie, which allows you to quickly send voice messages between you and your friends.

watchOS 5 will be available to download this Fall for free.

Another major feature coming to watchOS 5 is Automatic Workout Detection. For some reason, this feature was not included in previous watchOS iterations.

Starting with watchOS 5, your Apple Watch will automatically detect when a workout begins. This same feature will apply when your workout is over, as the Watch will ask you if the workout has been completed.

After years of focusing on mountain-based themes, Apple is ready to switch things up with the latest version of macOS. Mojave will be the new name of Apple’s latest desktop software and includes a slew of new features.

A few new apps are coming to the Mac with Apple News, Stocks, Voice Memos, and even Home. These apps all were ported from iOS and this functionality will be coming to developers sometime in 2019.

Other improvements include new Finder features, including a new Gallery View which seems to replace Coverflow. There are also new screenshot editing functionalities, Markup enhancements and more.

Similar to grouped notifications on iOS 12, macOS Mojave will allow your files to stack with Desktop Stacks. Continuity Camera allows you to take a picture on your iPhone and have it automatically appear on Mac.

macOS Mojave will be coming this Fall.

For years macOS users have been clamoring for a proper OS-wide dark mode. Apple delivered with macOS Mojave as there is a new Dark Mode built-in.

This Dark Mode will apply to all of your system applications, including Safari, Messages, and even Xcode. Dynamic Desktop will automatically change the system UI depending upon the time of day, including your wallpaper.

While the iOS App Store is extremely refined, the Mac App Store has seemed like an afterthought. With the release of macOS Mojave, this is no longer the case as a redesign is on the way.

It seems that Apple pulled many design cues from iOS, as there are editorial sections, auto-playing videos, and more. There are even new ways to find the types of apps you are looking for, including the following sections:

The Mac App Store update will be coming with the release of macOS Mojave this Fall.

Although a lot of the attention was placed on iOS, macOS, and watchOS, the Apple TV was still featured. Apple announced that support for Dolby Atmos would finally be arriving on ATV devices.

This marks the first and only streaming player to be both Dolby Vision and Dolby Atmos certified. Not only will you experience high-quality 4K video content, but also the best sound quality.

These are just some of the announcements made during today’s developer conference. Stay tuned to AppleToolBox to learn more about what’s to come over the next few days.

Sound off in the comments below and let us know what your favorite announcement was!