For the past month, we’ve been looking at the new iPhone 14 lineup and comparing it against itself as well as other iPhone options. And today, we’re going to continue that trend by looking at the iPhone 13 Pro vs iPhone 14 Pro.

Now, from what we can tell, it doesn’t look like you can still purchase the iPhone 13 Pro from Apple. So we’re not necessarily doing this comparison for those who are considering purchasing an iPhone 13 Pro.

Instead, this is for those that already have an iPhone 13 Pro and are considering upgrading to the iPhone 14 Pro. If that’s you, then this article should give you an idea of whether or not you should upgrade.

Also, we aren’t going to be looking at the Max versions of these iPhones, as they’re more or less the same as their smaller counterparts. So just lump in the respective Max models with the smaller options we’re covering.

To kick things off, we’re going to be looking at the key differences between the iPhone 13 Pro vs iPhone 14 Pro. As you’ll see, there aren’t that many differences, which is why making the decision between these two phones can be difficult.

For starters, the biggest visual difference between these iPhones is the available colors. The iPhone 13 Pro comes with one more color option than the iPhone 14 Pro, although most of the core colors are still the same.

To be specific, the iPhone 13 Pro comes in Alpine Green, Sierra Blue, and Graphite, Silver, and Gold. The iPhone 14 Pro, on the other hand, comes in Silver, Gold, and Space Black, and Deep Purple.

In my opinion, the two best colors on both of these iPhones are the Deep Purple and the Alpine Green. So if the color of your iPhone is important to you, then this might be something to consider.

The Dynamic Island is a creative feature

Another consideration to keep in mind when comparing the iPhone 13 Pro vs iPhone 14 Pro is the Dynamic Island. For those that don’t know, this is a new feature exclusive to the iPhone 14 Pro.

Essentially, Apple has replaced the “Notch” at the top of the iPhone with a pill-shaped cutout at the top of the screen. This cutout holds the front-facing camera and the Face ID sensors. This is all pretty standard stuff for a smartphone in 2022. 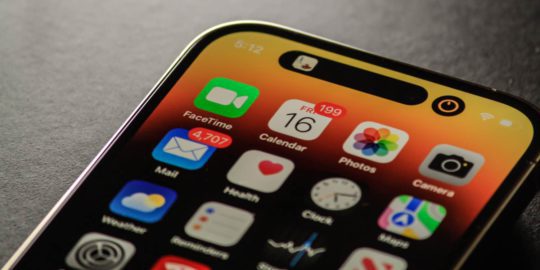 What makes the Dynamic Island unique to Apple is that Apple has decided to animate the pill-shaped cutout on its iPhone. You can tap it, various app interact with it, and it can display information and real-time interactions.

While this feature doesn’t do anything extra that your old iPhone can’t do, it’s the way that information is presented which is exciting. For some, I imagine that this is a non-feature. “Who cares?”

For others, though, including myself, this is a really neat idea and something that adds a little extra spice to using the iPhone 14 Pro. I personally love interacting with it and seeing it on my display, and I’m very happy with it. Something to consider if you like little details of polish like this.

An always-on display could be a dealbreaker

A feature that you might care about a bit more is the always-on display. Again, this is a feature that is exclusive to the iPhone 14 Pro. Apple has never included this feature on an iPhone before, and for many, it’s a must-have.

I don’t personally find it that necessary or game changing, but it has been a long-requested feature from a lot of Apple users. So if you’ve been waiting for Apple to add this feature to its iPhones, then the iPhone 14 Pro might be the iPhone for you.

For those that aren’t familiar with an always-on display, it just means that the iPhone’s display dims when you lock it instead of turning off. This does hurt battery life noticeably, but it also allows you to check the time, peek at notifications, and so on while your iPhone is locked.

This feature also has some cool details that are nice. For instance, if you wear an Apple Watch and walk away from your iPhone, the display will go completely dark instead of dimmed. It’ll also turn off in your pocket or when you put your iPhone facedown.

You can disable this feature, so those who aren’t interested in it don’t have to use it. But again, if this is something you’re interested in, then the iPhone 14 Pro is the only way to access it.

The iPhone 14 Pro has an upgraded camera system 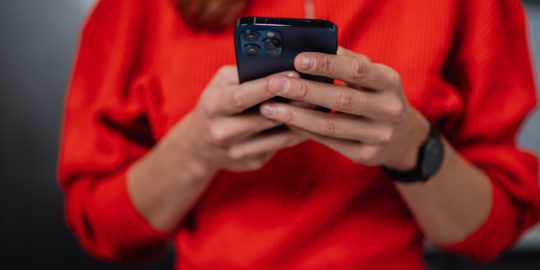 To be clear, both the iPhone 13 Pro and iPhone 14 Pro have an incredible camera system. If you’re a laymen when it comes to photography, like me, then you’re probably not going to notice much of a difference. But if you’re a photographer, then this could be the deciding factor in you choosing to upgrade to the iPhone 14 Pro.

The A16 Bionic chip features a slight bump in performance

If that sounds like a small difference, it’s because it is. It’s such a minor difference that Apple didn’t even bother to upgrade the chip in the standard iPhone 14. Only the iPhone 14 Pro gets this chip upgrade.

It’s not to say that it’s completely inconsequential. The iPhone 14 Pro will last a little longer than an iPhone 13 Pro as a result. But beyond that, don’t expect anything crazy. The performance of the iPhone 14 Pro is likely very close to indifferent from the iPhone 13 Pro. I would consider this a non-factor for nearly every user, though it is worth pointing out.

iPhone 13 Pro vs iPhone 14 Pro: Who should upgrade?

Alright, so that brings us to the all-important question: If you’re comparing iPhone 13 Pro vs iPhone 14 Pro, and you have an iPhone 13 Pro already, should you upgrade?

For the most part, I would say “No”. The differences are pretty minor, so if you’re an average user who still likes their iPhone 13 Pro just fine, then go ahead and stick with it. In fact, I would wait another two or three years before upgrading for most users.

That said, some people should probably upgrade, even though these phones aren’t that different. To help you determine if it’s time for you to upgrade, here’s a few questions to ask yourself. If you answer strongly to one of these questions, and especially a few of them, then it might be time for an upgrade.

How important is photography to you?

As it always goes with the Pro iPhone models, the camera system is the most important feature. It’s where Apple invests most of its innovations, and it’s what really sets the Pro apart from the standard iPhone.

You’ll get better colors, more details, and better low-light performance. Hobbyists, artists, and professional photographers will get a kick out of these new cameras, especially as they begin to seriously rival what a standard DSLR can do.

Is the Dynamic Island a must-have feature?

I imagine that the Dynamic Island is nothing but a neat or even “cute” feature to most users. Something cool to look at, but not much more than that.

But (and I speak from experience) there are plenty of users who are very excited for this feature. It’s super creative, is a really fun blend of software and hardware, and turns the boring Notch into something fun and clever.

For many users, that might be enough eye candy to justify this purchase. It certainly was for me, and I haven’t regretted my decision. I really love how functional and aesthetically pleasing it is. And I actually find myself interacting with it quite a bit, to the point that I might miss it if it weren’t there.

So if you’re in that boat, if you are super excited for this feature, then I say go for it and upgrade. Apple might not ever include this feature on an iPhone again, so it could be your only chance to get it.

Have you been waiting for the new color options or the always-on display?

Another reason you might consider upgrading to the iPhone 14 Pro from the iPhone 13 Pro is that the new color options are appealing to you. Namely, the Deep Purple option. 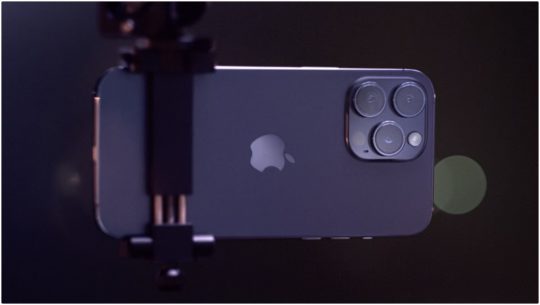 Apple doesn’t usually keep these more interesting colors around for very long, so there’s a good chance that this is your only chance to grab a purple iPhone. At least for a long time.

A feature that is likely to be a bit less “rare” is the always-on display. Apple will probably keep this feature around for future iPhones, so I wouldn’t advise you to rush to get it.

However, if you’re someone who loves this feature and has been waiting for it for years, then you may enjoy it enough to go ahead and make the upgrade. To be clear, I imagine that this is a minor feature for most users, and having used it for about a month now, I haven’t noticed it changing the way I use my iPhone all that much. It’s neat, though, and something to consider if it appeals to you.

Are you running out of storage or battery life?

Finally, I recommend going with the iPhone 14 Pro in the iPhone 13 Pro vs iPhone 14 Pro debate if your current iPhone is running out of storage or battery life. The storage can’t be upgraded, so if you’re running out of storage, you probably are in need of an upgrade. This can slow down your phone, limit the apps you can use, and just all around make using your iPhone a pain.

The battery life is a bit fixable. You can replace the battery of your iPhone for less than $100 in most cases, and doing so usually fixes most performance issues on your iPhone. If your iPhone’s battery health is below 80% or near it, then it’s time to go ahead and replace that battery.

iPhone 13 Pro vs iPhone 14 Pro: Which will you choose?

And that’s it! That’s everything you need to know when deciding between the iPhone 13 Pro vs iPhone 14 Pro. In my opinion, most iPhone 13 Pro users should stick with what they already have. There are a few benefits to upgrading, but most of those benefits aren’t going anywhere.