The thing is, this isn’t exactly new. It does seem that the iPhone 14 is performing worse than than nearly any other iPhone previously (when compared to how expected performance), but for the last few iPhone releases, we’ve been hearing about underperforming iPhones.

Is the iPhone 14 failing?

For starters, let’s address the big question. Is the iPhone 14 failing, or is this just drummed up negative press?

The answer is, kind of. No, the iPhone is not failing to sell. It’s still one of the most popular smartphones and just overall products in the world. It’s making Apple buckets of money, just like it has and will likely continue to do.

But also, yes, from what we can tell the iPhone 14 is failing. It doesn’t appear to be meeting projections. Companies that work with Apple to manufacture the iPhone are cutting down production by as much as 40%, according to Digitimes. Meanwhile, another source claims that iPhone 14 production was, at one point, completely halted.

If true, that would mean that the iPhone 14 is performing far worse than Apple anticipated. For a company that is usually on the ball, things seem fairly off the mark.

Why is the iPhone 14 failing?

So, why is the iPhone 14 failing? Is it a lack of new colors, a new Google Pixel that can’t be beat, or is the world simply bored with the iPhone? While no one outside of Apple can really know the true answer (and, let’s be honest, Apple probably isn’t 100% sure why things are stagnating either), we do have some ideas about why the iPhone 14 isn’t meeting expectations, for consumers or Apple.

The price is too high

The first iPhone to really push the price envelope was the iPhone X, which came out in 2017. This iPhone (which was akin to a “Pro” model at the time) launched at $999, which was considered very high-end at release. Today, a regular iPhone with upgraded storage to 256GB (a recommended amount of storage) is $899. That’s only a $100 difference.

So in five years, the cost of a standard iPhone is around what used to be the expected price for the most high-end iPhone available. Not to mention that these price hikes are coming at a time of economic insecurity around the world, but more on that later.

Another major reason behind the iPhone 14 failing is likely that it didn’t innovate. For several cycles of iPhone releases, it felt like each year brought something new to the iPhone. A bigger size, a new voice assistant, water resistance, the removal of the Home Button, multiple cameras, MagSafe, etc.

In one sense, I don’t necessarily think that every iPhone release should require an annual gimmick. That’s a lot of pressure on the team behind the iPhone as well as a poor measure of quality. Regardless, though, it’s hard to get the average consumer excited when the only thing new about an iPhone is the processor. 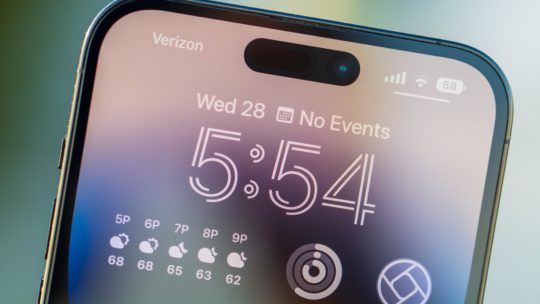 Apple is putting too much emphasis on variety

It’s also possible that the iPhone 14 failing is due to an overemphasis on variety. There was a point for several years where the iPhone only came in one or two variations. This made it very easy to decide which iPhone to buy: The good one, or the better one.

For whatever reason, Apple has never really benefited from offering more to its consumers. It’s a company that succeeds most when its product lineup is simple, straightforward, and easy to understand.

I am not a part of the “Tim Cook is bad for Apple” train. Quite the opposite, actually, given how successful the company has become under his leadership. Still, it’s hard not to notice how murky the product lineups have become since he took over, with naming conventions changing constantly and old products sticking around just a little too long.

The result is that the average person probably doesn’t understand which iPhone they should be buying, and so they simply don’t. The iPhone market is oversaturated, and Apple is responsible.

People are not upgrading their iPhones as often

For a few years now, I’ve been saying that there is very little reason to upgrade your iPhone. Besides a new feature or two, your old iPhone is probably just as good as the new iPhone. And if performance seems to be slowing down, pay for a <$100 battery replacement and watch your iPhone come back to life.

And for years, I saw my friends and family continue to upgrade annually despite this – until the iPhone 14. For whatever reason, it seems that a very large chunk of buyers have realized that they don’t need an upgrade.

Maybe it’s because their current iPhone is performing so well, it hasn’t even occurred to them to upgrade. Maybe Apple hasn’t innovated enough. Or maybe they’re just bored with the iPhone and just enjoying the iPhone they currently have.

I would compare this to the current state of Marvel’s MCU. By offering a broad variety of content, lowering the overall quality of that content, and allowing it to stagnate, Marvel has failed to excite its fanbase.

In 2023, Apple is looking a lot like the Disney of smartphones. The spark isn’t gone, but it’s faded a bit.

The global economy is weak

Another potential reason behind the iPhone 14 failing is that the global economy is, currently, a bit weak. And when people are struggling to keep up with inflation and poor pay, they’re going to cut down on products they don’t necessarily need.

Granted, people do need a smartphone in 2023. But they don’t necessarily need the newest or best iPhone. So there’s a good chance that people are sticking with their iPhones for longer not only because they can, but because they have to. 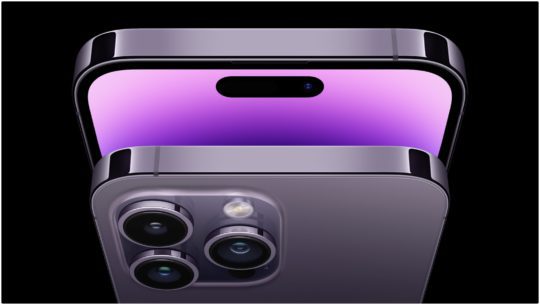 The ‘Apple Tax’ isn’t holding up with newer iPhones

Lastly, the iPhone 14 failing could be the result of the Apple Tax not holding up. For those that don’t know, the ‘Apple Tax’ is the extra price you pay for an Apple product. It’s no secret that Apple devices are pricier than their competitors.

However, many people are wiling to pay the extra bucks because Apple products last longer, retain their resale value better, and come with better support than most of Apple’s competing products.

The problem is, if the value of the Apple Tax isn’t there, then there’s not as much reason to pay the extra price. And according to some users, this has been the case. Some people have reported struggling to resale their iPhones for as much or as easily as they used to. The market isn’t as interested in these used devices for whatever reason, so people are less willing to invest in an expensive iPhone 14.

How can Apple recover from the iPhone 14 failing?

Alright, so now that we have an idea of what’s going behind the iPhone 14 failing, let’s look at what Apple might be able to do about it. After all, if Apple continues to move forward as if nothing has happened, then there’s a good chance nothing is going to change with the next few generations of iPhone.

Let it be known, though, that Apple is a big company. And big companies tend to move slow. So even if Apple is looking to make changes moving forward, we might not see those changes take effect for another year or two.

Also, these changes are simply what I would consider doing if I were Tim Apple – they aren’t necessarily predictions for what Apple will or should do.

The first thing I would do if I was responsible for handling the iPhone 14 failing is slim the iPhone 15 lineup. Keep it simple, to the point, and easy to understand.

Then, I would start working to cut down on the availability of older iPhones. I’d keep the SE around, but having the iPhone 15 out at the same time as the iPhone 13 – I would try to not be in that position, if possible.

Work on disruptive features and products

Next, by diverting resources away from creating several versions of the iPhone 15, I’d have additional resources to invest in disruptive features and products.

Granted, I think Apple is already doing this. I do not think Apple is resting on its laurels – it’s never really been a company to do that. I’m fairly confident that the teams at Apple are working on products that will awe us in a few years. However, the technology is probably not moving as fast as Apple would like, which is why it feels like there is little to no difference between the iPhone 11 and the iPhone 14.

So yes, while I’m sure Apple is pouring resources into R&D, I would keep that cash and talent flowing into that department. That way, the iPhone can either provide new, cutting-edge, and competitive experiences. Or, so that Apple can release a new product category to supplement or replace the iPhone, similar to the Apple Watch. 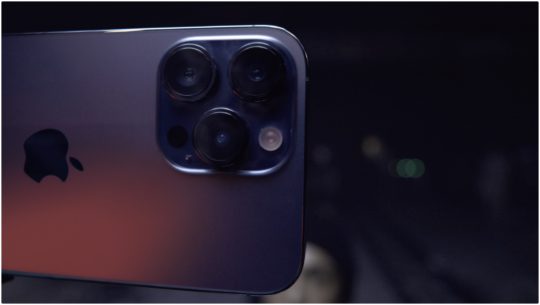 Wait for the technology to catch up

Lastly, I’d be patient. As mentioned, it’s a common problem in the tech industry that you have the idea, designs, and resources to build a product, but not the technology.

A product that I believe has this challenge right now is an AR, or mixed reality, headset. This is something that the team here at AppleToolBox has been expecting from Apple for some time now, and it’s generally accepted that Apple is working on this type of product.

If successful, this product could not only revolutionize computing, but replace or supplement devices like the iPhone altogether.

However, if you look at competing headsets, you’ll notice that they’re big, expensive, bulky, uncomfortable, and unable to be worn for long periods of time without charging. Ideally, they’d be as comfortable as an Apple Watch is, no different than wearing a pair of glasses.

But as far as we can tell, the technology simply isn’t there yet. Apple likely needs a handful of breakthroughs in computing and power supply tech to make Apple Glasses a reality.

So in the meantime, if I were Apple, I’d be patient. Continue investing, and hold out until the next big thing is ready to hit the market.

The iPhone 14 failing isn’t the end for Apple

And that’s it! Those are our insights behind the iPhone 14 failing. As far as we can tell, it is performing worse than Apple expected. However, that doesn’t necessarily mean that Apple and the iPhone are done for. It just means that we’re in a slow period while Apple is cooking up something big behind the scenes.