With the recent release of the Apple Watch SE and Series 6, more people are purchasing Apple Watch than ever before. And for good reason! It’s one of Apple’s more affordable devices, and it offers a broad range of features. It’s excellent as a communications device, fitness tracker and motivator, safety wearable, and notification center.

However, despite being “affordable” by Apple’s standards by no means indicates that the Apple Watch is a simple, painless purchase for most people. And unlike a smartphone or laptop, the Apple Watch is completely superfluous for the vast majority of people. So when you buy an Apple Watch, you probably don’t want to have buy one again any time soon.

But just how long can you wait between Apple Watch upgrades?

In this post, we’ll explore the average lifespan of the Apple Watch, why it doesn’t last forever, and things you can do to make it last as long as possible.

How long can you expect an Apple Watch to last?

First things first, how long will a new Apple Watch last? Of course, this will vary from user to user and from one generation of Apple Watch to the next. Even Apple themselves won’t give a definite life expectancy for the little wearable that could.

That said, most users can expect to get around three years of daily use out of their Apple Watch before they notice a significant decline in performance. We’ll get into the “why” behind this number in more detail below.

Three years sounds about right, as this is the average lifespan for most of Apple’s mobile devices (iPhone, iPod, iPad, etc.). However, many users have reported being able to use the Apple Watch for as many as five years. Even in 2020, there are people still using the Apple Watch Series 0.

In other words, most people will be ready to upgrade after three years of use. Power users can squeeze five years out of the Apple Watch, and after that, it’s up to you and your ability to maintain the Apple Watch.

Anyone who has purchased a $20 watch from the supermarket knows that standard watches have an extremely long lifespan. I don’t think anyone would purchase a watch for even as low as $50 and expect it to become obsolete in just three years.

So why do we accept this with the Apple Watch? 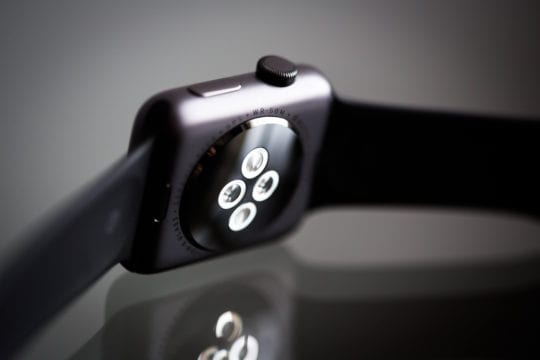 There are a few reasons. First, the Apple Watch is only a “watch” by its name. In reality, it’s a completely new device with its own restrictions, needs, and lifecycle. The “watch” branding is just a way to translate the new technology into something familiar.

As such, it’s difficult to apply the same standards we expect from a traditional watch onto the Apple Watch.

Secondly, even though the Apple Watch doesn’t have many moving parts, it’s still made out of typical electronic materials that wear down over time. The battery is the biggest culprit, though software updates can run your Apple Watch into the ground as well. Not to mention that at any point, you could drop your Apple Watch onto the pavement and need a new one.

How to make your Apple Watch last as long as possible

With these limitations in mind (a fixed battery lifespan, hardware that’s made obsolete by software updates, and physical damage) how can you increase the lifespan of your Apple Watch?

Replace your battery instead of upgrading

The biggest thing you can do to keep your Apple Watch going is to replace the battery instead of upgrading. When you hit the three-year mark, stop by the Apple Store, drop $79, and have your Apple Watch working like new within an hour. You should do this with your iPhone as well if you want it to last longer.

This may sound like a hassle, but it’s beyond anyone’s control at the moment. Lithium-ion batteries, which are used in all mobile electronics, have a fixed lifespan. This is a limitation of science at the moment, so until someone figures out how to redesign the battery, there’s no getting around the fact that your Apple Watch battery will eventually bite the dust.

Most of the time, when you notice a mobile device beginning to lag throughout the day, it’s because you need a new battery. The battery is delivering less power, which causes your device to slow down. By replacing the battery, you can save a lot of money and spare the environment a bit of abuse.

Avoid using your Apple Watch in the pool

Since the Apple Watch Series 3, the Apple Watch has been built to track swimming. This is awesome if you’re a swimmer, as it gives you a whole new way to monitor your improvements and workouts. 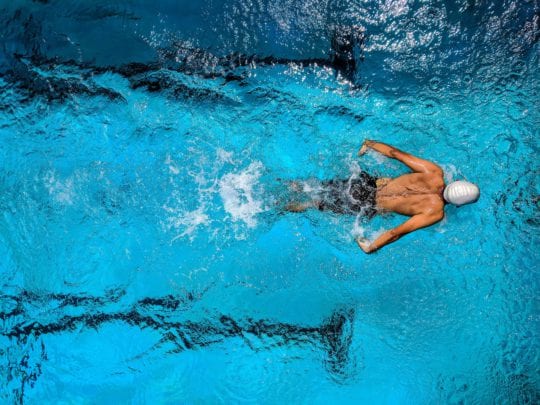 If you’re not a swimmer, however, you probably should avoid taking your Apple Watch in the pool. This is because the waterproofing on Apple Watch (and all water-resistant devices for that matter) is not invincible. It will, slowly, wear out over time and eventually stop protecting your device. This is especially true when in salt water or chlorinated water.

By not taking your Apple Watch in the swimming pool, you can slow down how quickly the waterproofing degrades, which will push back the unfortunate day when your watch succumbs to water damage.

Normally, we would never advise that you refuse OS updates. They improve the security of your device, bring new features, and keep your family of Apple devices working together as seamlessly as possible.

However, updates can also slow down the performance of your device. This happens because the demands of the software are increasing with every update, but the hardware supporting those updates is staying the same. It would be like if every year you asked your car to drive 10mph faster, but you never put a new engine in it. Eventually, your car is going to say, “No thanks.”

For the Apple Watch, the device hits this point around three years in. After that, the updates are going to start noticeably slowing the watch down. Now, this won’t make the Apple Watch unusable or anything like that. It’ll just make it much slower. If you don’t mind putting up with this, then update away. But if you like your Apple Watch to feel snappy, then forego more than three watchOS updates.

Last but not least is a pretty simple tip: Use a case! Just like your iPhone, your Apple Watch is susceptible to damage. Bumping it into walls, dropping it, scratching the screen, and exposing it to the elements will naturally shorten its lifespan.

Buying a case is the simplest way to avoid this problem. There are tons of cases on the market, from big bulky ones to ones so slim you’ll forget they’re even there. Just be sure to do your research and find one that’s as comfortable as it is protective.

What do you consider obsolete?

Most power users on the internet seem to concur that five years is a decent lifespan for the Apple Watch considering the price. But really, nothing is stopping you from using it longer than that.

Lately, the tech world has accepted that products simply don’t last very long. But it doesn’t have to be that way. So long as your device turns on, it’s up to you to determine how long it lasts before needing to be replaced.

Is your device obsolete when it stops getting software updates, or just when it starts to lag? Is it when it stops syncing with your new devices, or when its ancestors are too good to keep ignoring? Or are you willing to hold onto your Apple Watch until the day it refuses to turn on?

I hope this article has given you an idea of what you’re getting into when you buy an Apple Watch and maybe even encouraged you to rethink what you consider to be a reasonable lifespan for your tech devices.

How long does Apple Watch last?

An Apple Watch will last about three years before its performance noticeably declines and the battery needs to be replaced. At five years, most users will want to upgrade their Apple Watch regardless of whether it still runs. The Apple Watch should last longer than that in theory, though – it all depends on how you take care of your device.

How long before an Apple Watch needs to be charged?

With an average day of use, your Apple Watch should last 18 hours before needing to be charged. On Power Reserve mode, however, you can get as much as 72 hours of use. A phone call, on the other hand, will drain a full Apple Watch battery in just three hours.