You are here: Home / News / Apple Monopoly Accusations: How Apple Is Moving Forward

A few weeks ago, I covered a bit of news and history on accusations surrounding Apple and antitrust laws. This post is a follow-up to that post, where we look at the various ways Apple seems to be working to get ahead of the Apple monopoly accusations.

For those that don’t know, it’s been a point of discussion as of late that Apple may be engaging in monopolistic practices. In other words, some believe that the tech giant is using its position as a tech giant to reduce competition in the tech sector. Which, if true, is a big no-no.

It’s not our job to say whether Apple is doing this or not. Instead, we’re just going to be looking at some changes that Apple has made in recent years that seem to be an attempt discredit these accusations. These changes seem like solid steps towards improving competition from Apple, which is a good thing for Apple’s competitors and users alike.

What are the Apple monopoly accusations?

Before we dive too deep into that, however, let’s take a look at what the Apple monopoly accusations are. For those that missed the previous post (you can read it here), the long and short of it is that some individuals and groups have accused Apple of breaking antitrust laws.

Antitrust laws are designed to prevent monopolies from forming, and if they do form, then these laws are meant to dissolve them. A monopoly is whenever one business uses its power to make it harder for other companies to compete.

Some of the accusations that have been levied against Apple include its use of default apps, ecosystem features, and high App Store fees as a means of limiting the power of Apple’s competitors. While no court ruling has been decided on whether these claims are true at this time, there remains a number of consumers, developers, and competitors who feel that Apple is in the wrong.

Apparently, however, Apple does not wish to be found in the wrong. And as such, the tech giant has been making changes to take the steam out of Apple monopoly accusations before they get too potent. To be clear, I’m not saying Apple has made these changes because it is guilty, just that these changes seem to be an attempt to restore some of Apple’s positive publicity.

And while these features don’t address all of the accusations against Apple, they are largely positive changes for developers, competitors, and users alike. So without further ado, let’s dive into what these changes are.

The first and perhaps most major change made in light of the Apple monopoly accusations is the changing of rules around its App Store fees. It used to be that Apple was charging 15% to 30% for all transactions that happen through the App Store.

In the past, Apple was very strict about allowing developers to persuade their users to circumvent the “Apple Tax”. For instance, it may be true that Netflix charges more on Apple devices than it does if you subscribe online. But Netflix wasn’t allowed to tell its users that, or else Apple would ban it from the App Store.

This rule was so strict, in fact, that it’s why Fortnite was banned from the App Store in 2020. You can read more about that drama here.

While Apple hasn’t completely gutted this policy (at least as far as I can tell), it has made some amendments to loosen this policy up a bit. These amendments should allow developers to let their users know that they can circumvent Apple’s App Store payment scheme if they like, though I do believe there are restrictions on exactly how this information can be made available to the user. For instance, you likely need the user’s consent first before sharing this info with them.

If you’re a developer and looking to share this information with your users, please read through Apple’s exact policies and/or contact their team for more information first. 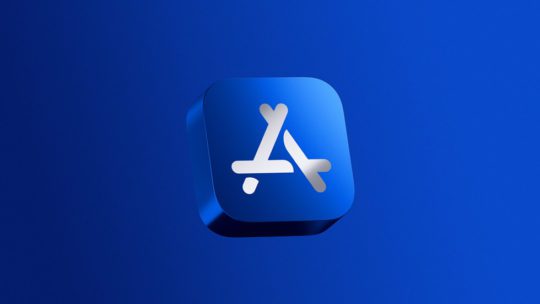 Another complaint that has come against the App Store is that Apple’s rules are harsh, too harshly applied, or simply unfair. And for a long time, there hasn’t been much anyone could do about it. If you want to have your app on Apple devices, you simply had to go along with these rules.

Well, this might be changing. Apple has added new appeal options that will not only allow developers to challenge when an app doesn’t get approval, but to also challenge the rule itself.

For instance, say that Apple doesn’t allow your app on the App Store because it breaks a rule saying that app icons can’t be blue (Disclaimer: This is not a real rule). You can change your app icon and then file an appeal, file an appeal if you don’t agree that your icon is blue, or you can file a challenge saying that icons should be allowed to be blue.

While it’s unlikely that Apple will bend its rules, you at least have the ability to ask them to. Which is a step in a positive direction for developers, albeit a small one.

Adding third-party support to Find My

A much bigger change that has come from Apple in light of Apple monopoly accusations is the ability to add third-party devices to Find My. For those that don’t know, Find My is Apple’s app and service that allows you to easily find your lost Apple devices.

You can use Find My to play sounds on your devices, locate them if they’re connected to WiFi or Bluetooth, or keep track of your contacts who have decided to share their location with you.

It used to be that this app stood as a competitor against other services like Tile, which allow you to attach a Bluetooth device to your belongings in order to find them later. The problem is that, because Find My is built into the Apple ecosystem, Find My devices and services like AirTags have a clear advantage over alternatives like Tile. This could be scene as a monopolistic practice.

So, in an seeming attempt to counteract this, Apple has opened up Find My to third-party support. This means that other devices and services can work through the Find My app, making the Apple ecosystem a little more open and competitive.

This happened a few years back, but in iOS 13 and later, you can change the default apps in some cases. Default apps are apps that the iOS system treats as, well, the default. Whenever you tap on a link, it’ll always open with Safari, even if you don’t use Safari. The same for apps like Apple Music, Maps, and Mail.

Not anymore. In 2022, you can change most of these apps from a default state in favor of a different app. That means you can make Outlook your default email app, Google Chrome your default browser, Waze your default maps app, and so on.

It’s a small change, but one that gives these third-party apps more of a fighting chance. And for a lot of users, it can make life much, much more convenient.

Adding the ability to change your default music service on HomePod

A much more recent change that the company has made since Apple monopoly accusations have started making the rounds is adding the ability to change your music service on HomePod.

By default, HomePod will play music from Apple Music, which is great for Apple Music subscribers. If you prefer to use Pandora, Tidal, or Spotify, however, then this can be pretty annoying. That’s because you have to say, “Siri, play X on Spotify/Pandora/etc.”

This is not only convenient but also great for Apple Music’s competitors. 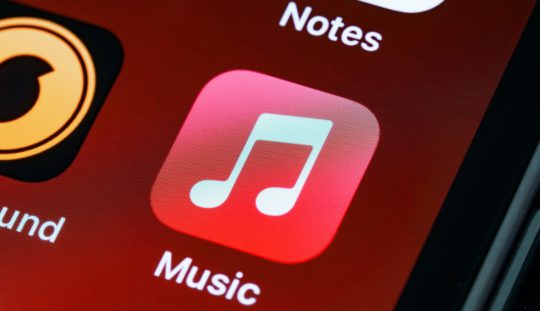 Last but not least, Apple has been working on an open smart home standard.

It used to be that Apple, Google, Amazon, and others were using proprietary smart home standards. That means you could buy a smart lightbulb, only to realize it only works with Google Home. Or you could grab a smart plug that works with everything except for your HomePod.

It can be argued that this limits options for competitors and users alike. And it’s potentially the sort of thing that would have the government looking to investigate these tech companies for breaking antitrust laws.

But before things could get to this point, Apple, Google, Amazon, and others have decided to build a new, open smart home standard. That standard is called “Matter“, and it’s an open standard. This means that, like USB connectors, any company can use it.

So you can buy any smart home device that supports Matter, and it’ll work with any smart home hub or speaker that uses the Matter standard. This keeps things simple, competitive, and for us consumers, very convenient.

Apple monopoly accusations: It seems Apple is on the right track

For a lot of people, it’s been the opinion that tech companies like Apple have exerted too much power over the marketplace. And for a long time, that power has largely gone unchecked.

But thanks to the careful eyes of consumers as well as the growing awareness of regulators, these tech companies are beginning to play more fair and open up their doors to more innovative competition. In a capitalistic economy, competition is always a good thing, leading to more innovation, more options for consumers, and less power for large corporations.

Let me know in the comments below if you think these measures have made Apple a more fair company, or if you think it still has some ways to go before it can be absolved of the Apple monopoly accusations.