You are here: Home / News / Will iOS Sideloading Really Cause Problems?

Recently, we’ve been covering concerns about Apple’s App Store on iOS, and the opinion that it might be in violation of antitrust laws. If true, this would mean that Apple is guilty of using its position as a tech giant to act as a monopoly. But today, we’re not going to be talking about that. Instead, we’re going to be looking at iOS sideloading.

A lot of people, especially developers and power users, believe that sideloading is the answer to “solving” the perceived monopolistic practices that Apple has been engaging in. As a result, you may have heard of sideloading and might be curious as to what it is, whether or not you can do it, and why it would be such a good or bad thing.

Well, you’ve come to the right place. We’re going to be answering all of these questions today. So strap in and let’s talk about one of the more controversial aspects of the Big Fruit.

What is iOS sideloading?

For those that don’t know, iOS sideloading is the process of installing an app on your iPhone that didn’t come from the App Store. You may have never given it much thought before, but you can only install apps on an iPhone by going through the App Store.

Additionally, you may have noticed that this isn’t the case on your laptop, Android devices, or even your Mac. You can install apps from other app stores, like Steam, Epic Games, etc., and you can download apps directly from the internet. This includes open source apps, popular apps like Photoshop, and so on.

The simple answer as to why you can’t do this on an iOS device is that Apple doesn’t allow it. Technically, you can sideload an app on an iPhone. But it requires breaking some protocols on your iPhone, and as such, it carries a lot of risk. So I don’t really recommend doing it unless Apple sanctions it.

Why are we talking about iOS sideloading?

Alright, so why are we talking about iOS sideloading in the first place? It doesn’t sound like that big of a deal either way, right?

Well, it may come as a surprise, but this is at the heart of the “Apple Monopoly” debate. Because sideloading isn’t allowed on iPhone, developers have to publish their apps through the App Store. That means they have to accept the App Store’s fees, rules, promotional tools, etc. They’re locked in, and if they want to be on iPhone, that’s the only choice they have.

As mentioned, this is not the case on other devices or even on Mac computers. iPhone and iPad are some of the only platforms that function this way. So why the double standard? 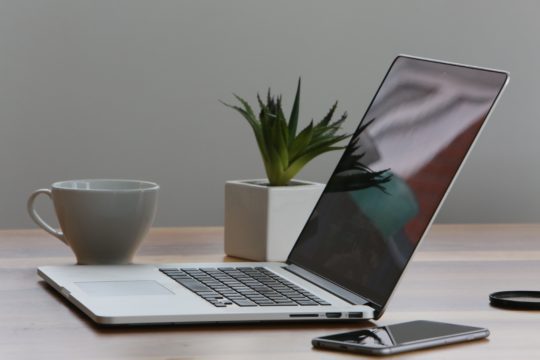 According to Apple, sideloading would be dangerous on iPhones. Unlike the Mac, which is far less popular than Windows computers, the iPhone is one of the most popular devices in the world. Hackers, scammers, and malware creators would immediately and broadly take advantage of iOS sideloading, were it to be allowed.

The App Store protects users from malware and hackers precisely because of all of the rules and requirements. Without these rules, Apple claims, there would be little protecting users from having their devices attacked.

A segment of developers and users, on the other hand, would prefer to accept the risk so that they can also enjoy the freedom that sideloading would offer. After all, you could just as easily download malware to your Mac or Windows computer. But we generally accept this risk because it benefits us. Why not have the same setup on iOS?

The answer to this question, they claim, is because the App Store maintains a monopolistic grip on iPhone apps. And Apple is using claims about safety to maintain that grip.

Can iOS sideloading really be dangerous, or is it just Apple playing the risks up?

Ok, so you now have an idea of what iOS sideloading is and why it’s such a heavily debated topic. But we still haven’t gone that deep into the specific risks that could come about if sideloading were allowed. And to be clear, there definitely are risks associated with sideloading. No one is arguing against that.

Instead, the debate is whether or not the risks are worth the benefits. So let’s cover those risks, and further down in the article we’ll get into the benefits.

Malware and viruses are likely to become an issue on iOS

As mentioned, it’s very likely, if not completely certain, that malware and viruses will become an issue on iOS and iPadOS devices if iOS sideloading is allowed. That’s because of the sheer popularity of the iPhone.

Similarly with Windows, the iPhone’s popularity makes it a target. Designing malware for an immensely popular platform increases the chances of your attack being successful and widespread.

So while sideloading does have its benefits, allowing it would be akin to removing a safety lock on iPhone that has been there for the last 10+ years. 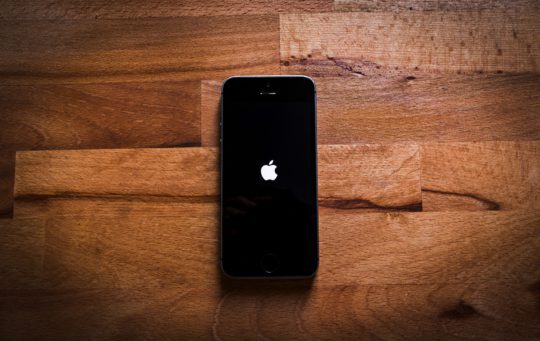 This could put your workplace at risk, too

A risk that some may not be as familiar with is the risk iOS sideloading could pose to your workplace. As more and more workplaces are allowing individuals to bring in their own devices to work, the activity that people engage in on their devices can impact their workplace.

Sideloading would only increase this impact for iPhone users. An infected iPhone could be used to infiltrate the network at a workplace, eventually infecting other devices along the way.

In this way, an entire workplace could be attacked, sensitive information uncovered, and other threats enacted simply because one person sideloaded an app they shouldn’t have.

Lastly, iOS sideloading could lead to privacy violations. This is something that, for the most part, iOS is very good at guarding. There are limits on how and when apps can access privacy features, such as your location, app data, messages, photos, and so on.

A key way that these rules are enforced is through the App Store. The App Store prevents certain privacy-violating features from being implemented at all. And if an app needs to access sensitive information, the App Store rules ensure that it asks for that information in a compliant, obvious way. That way, no one is unclear about how or when their data is being accessed.

With sideloading, there is less of a guarantee that users’ privacy will be protected. Developers would be able to implement privacy-violating features without notifying their users. iOS has some measures to prevent this, but developers would likely find ways to exploit this.

Privacy violations are a concern on all of your devices, including laptops, tablets, desktop computers, and smartphones. But the challenge is unique with smartphones because of how personal they are. They have multiple cameras, microphones, follow you everywhere, track your location, contain photos and messages, internet usage, and more.

It’s the ultimate window into your life, and as such, it poses a big risk to users.

Is iOS sideloading worth the risk?

As promised, we’re now going to cover the benefits of iOS sideloading. Because yes, there are risks. But those risks can largely be avoided by sticking to App Store downloads. And just like with your desktop computer, following safe downloading practices will protect you against most types of malware.

So with that in mind, let’s look at the perks that could come from allowing sideloading on iPhone.

It would give more freedom to developers

In the same way that iOS sideloading would allow for malware to enter iOS because it would App Store rules to be broken, new types of apps could enter iOS by breaking those same rules. There would be just as much opportunity to exploit iOS as there would be to expand on it.

For instance, a lot of automation apps (like Shortcuts or IFTTT) are limited because of iOS’s restrictions, which are enforced by the App Store. Without the App Store making sure that certain features aren’t being allowed onto iOS, though, developers might be able to make more powerful and interesting apps for users.

Additionally, developers won’t be tied to the App Store’s fees. They can monetize their apps more completely, which would enable them to add more features, expand on their apps more often, and charge users for less.

You would be able to download apps that “break the rules”

As covered a bit before, iOS sideloading could allow you to download apps that break the rules of iOS. That could mean more powerful automation apps, but it could also mean apps that can do more with your photos, new default apps, easier jailbreaking of your iPhone, installing alternate operating systems, more robust gaming experiences, and more.

These are all things that Apple and its App Store work to prevent. Both because they could be exploited in harmful ways and also to protect the image and branding of iOS.

But removing the need for the App Store could allow for some unique use cases for apps. It’s almost difficult to even imagine what apps might come about as a result of this, but needless to say the results would be interesting for users. 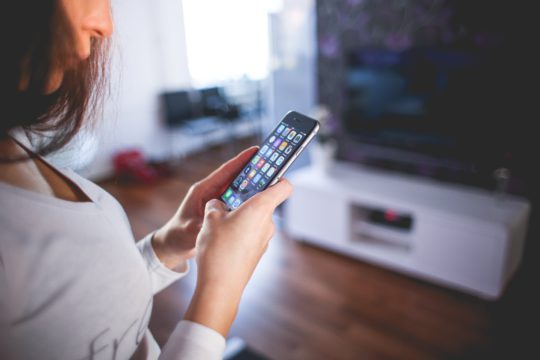 You could end up using apps that are more private

Just as some apps could be used to exploit your privacy, others could be developed that increase your privacy. While iOS is much more private than other operating systems, there’s always room for improvement.

By allowing iOS sideloading, new apps could come about that are more secure with regards to your emails, the texts you send, the photos you take, and your internet usage.

Of course, it might be difficult to verify how private these apps really are, unless they’re open source, since there won’t be any oversight like there is with the App Store. So at the end of the day, it’s a bit hard to say.

And that’s it! That’s more or less everything you need to know about iOS sideloading. While I generally avoid putting my opinions out there, I will this once. I have no clue if sideloading should or shouldn’t be allowed on iPhone.

While Apple could be using security risks as a way to maintain a monopolistic stance, I also think the risks are real. I don’t see how sideloading could be allowed without presenting new risks to iPhone users. And unlike desktop computer users, I don’t believe most iPhone users are safe enough to avoid downloading malware.

On the other hand, I can definitely see how allowing sideloading on iPhone would present all sorts of new opportunities for Apple users and developers. So I’m somewhere in the middle, unsure of which decision is the right one.

What are your thoughts? I’d love to hear your insights and opinions on this issue in the comments below.