You are here: Home / News / Apple Music Lossless: Here’s What It Means For You

This update, which is set to take full effect sometime this month (June), is going to bring three new audio formats to Apple Music:

If you’re an Apple Music listener who doesn’t know what any of those formats are, don’t worry! I’m going to cover all of them in today’s post, along with how to use them, what devices are compatible, and some things you should know before trying these formats out.

What is Apple Music lossless audio?

Apple Music lossless is the name for the new Apple audio file format, ALAC. It represents the next step up from Apple’s previous audio file format, AAC. ALAC stands for Advanced Lossless Audio Codec (AAC stood for the same thing, minus the “Lossless” part).

The reason is that “lossy” formats like AAC, MP3, or even certain image formats like JPG, are much smaller than lossless formats. They download faster, use less data, and can therefore be streamed and stored with less trouble and expense.

For these reasons, Apple has long ignored lossless audio on Apple Music. But no more! Apple Music will be launching with the ALAC format for free in June 2021.

Apple Music lossless is currently supported on any iPhone, iPad, Mac, or Apple TV running the latest version of its respective OS. So if you have any of these devices that are too old to be updated to the current version of their OS, then they won’t be able to support the lossless update.

There is a key point here, though! These devices may be able to play lossless music, but that doesn’t mean that all speakers and headphones can play lossless audio.

Apple is planning on bringing lossless support to HomePod shortly, though, so that is good news. It just won’t support it as soon as the update comes.

Before you get too excited about this update, there are some things you should know about Apple Music lossless. I’ve compiled a list of those things that explain why this update might not be as big of a deal as it sounds (even though it is good on the whole).

For most users, the quality improvement will be minimal

First, lossless audio does not sound that different from lossy audio. The main benefit of lossless audio is in how it holds up over time, not necessarily in its quality. 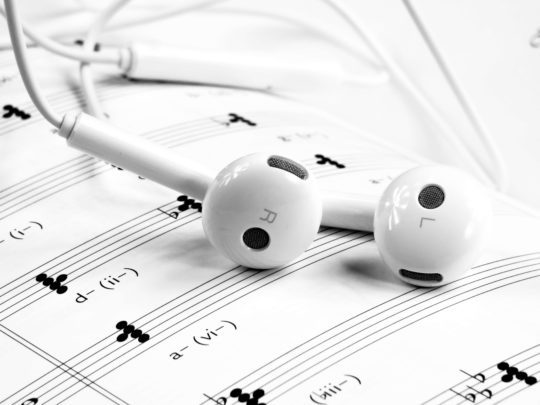 This means that for most users (likely upwards of 90%), you won’t notice any difference in quality when listening to lossless music. This is especially true if you’re using personal headphones rather than professional headphones.

So if you’re an everyday listener (like me), then consider this a win for the music industry, but not necessarily for your day-to-day listening.

In addition to offering a minimal boost in audio quality, lossless audio also takes up a lot of streaming data and storage. When comparing the file size difference between lossless and lossy files on my Mac, I found most lossless versions of songs to be 2.5x bigger than their lossy counterparts.

If you don’t have unlimited cellular data and stream Apple Music often, this can increase your music data usage by almost three times its normal amount. That’s pretty significant!

Additionally, if you store a lot of music on your device (I know I do) then this can fill up your device’s storage a lot faster. I usually try to get the smallest storage capacity iPhone available (I keep most stuff in the cloud). I also like to keep my playlists downloaded so they don’t stutter on road trips.

That means I’m not a great candidate for using Apple Music lossless. Keep that in mind when you decide whether or not to enable this feature!

I covered this before but figured I’d restate it in case you skimmed over it. Bluetooth does not support lossless. It doesn’t matter if your device is updated and capable of playing Apple Music lossless, or that your wireless headphones are the latest and greatest thing. If you try to listen to music with a Bluetooth connection, you’re not going to be listening to lossless audio.

That of course includes all AirPods, all the way up to AirPods Max. It also includes any third-party devices that use Bluetooth. Bluetooth speakers included.

Again, this isn’t a big deal for most users as the quality difference is minimal when listening. But don’t expect any current generation AirPods to ever be able to play lossless audio.

Another key point is that HomePod doesn’t support Apple Music lossless yet, either. That isn’t because HomePod uses Bluetooth to stream music (it doesn’t). It’s just because the current OS running on HomePod doesn’t have support for lossless audio.

That said, Apple has announced that it plans to bring lossless audio to the HomePod and potentially the HomePod mini. It’ll just be some time after the general lossless update takes place.

While writing this post, I noticed the text “Apple Digital Master” next to one of the albums in my library, and assumed it had something to do with the Apple Music Lossless update.

As it turns out, it does not! This is a rebranding of something Apple has offered on iTunes for a long time (iTunes Digital Master).

That bit of text ensures that the masters (audio files) uploaded for that album to Apple Music are of the highest quality possible. Apple has certain guidelines that audio files have to meet to be qualified as Apple Digital Masters.

So you can listen to this music knowing that it’s of particularly high quality. Just know that it isn’t tied to Apple Music lossless.

The last thing I want to point out about Apple Music lossless is that it’s just for Apple Music subscribers. Those still using iTunes to purchase their music won’t have access to this update. 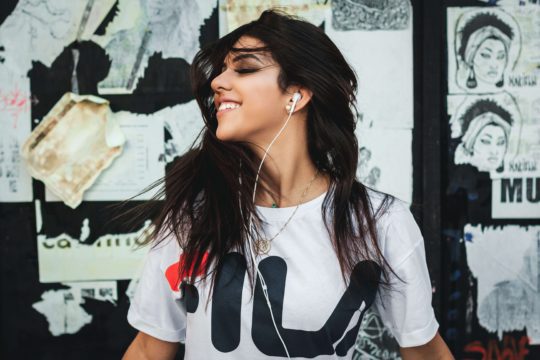 I’m not sure why Apple chose to make this decision. My best guess would be that album purchases through iTunes have plummeted over the last few years, so Apple has no motivation to invest in the platform anymore. This makes sense, considering the iTunes app doesn’t even exist anymore outside of Windows.

If you prefer to own your digital music and value lossless audio, all is not lost! There are alternative platforms you can purchase music from in a lossless format. My favorite is Bandcamp, which gives a large percentage of music sales to artists. It’s a very pro-artist and pro-listener platform.

How to listen to Apple Music lossless on iPhone and iPad

Please note that at the time of writing, Apple Music lossless is not available. These instructions have been paraphrased from Apple.com

Before you can listen to lossless on iPhone and iPad, make sure you’re running the latest version of iOS/iPadOS. You can check this by going to Settings, General, and Software Update.

You’ll also need a way to play lossless audio before getting started. As mentioned, that isn’t possible with a Bluetooth connection. So you’ll need to use the built-in speakers on your device, or wired headphones, receivers, or speakers.

With these things in place, you’re ready to enable the lossless update on your mobile Apple device!

To do this, open the Settings app and tap Music. 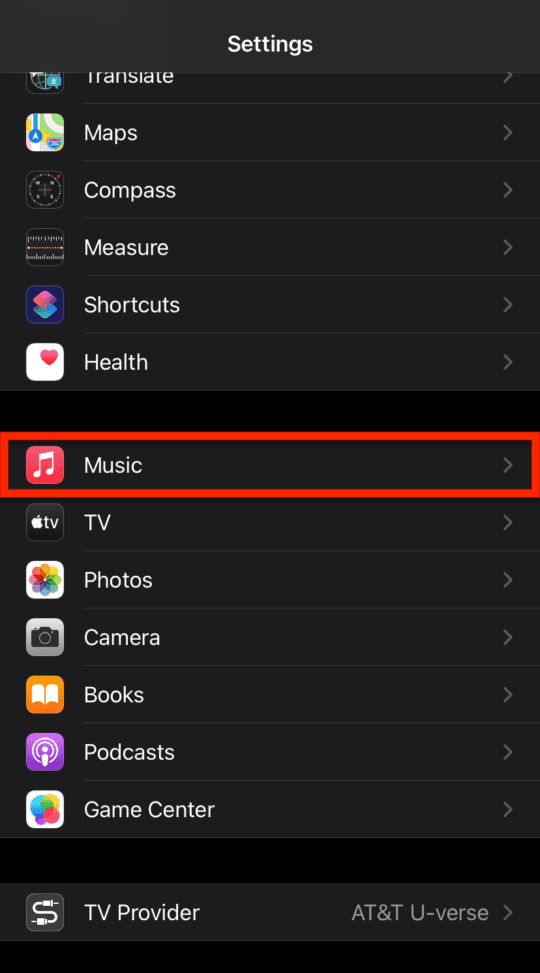 Scroll down and tap Audio Quality. Then, tap Lossless. Here you’ll have the option to choose between lossless or standard audio. You’ll also be able to choose different resolutions for your lossless audio. Hi-Res Lossless will give you a better listening experience, but will also take up more data and storage.

How to listen to Apple Music lossless on Mac

Please note that at the time of writing, Apple Music lossless is not available. These instructions have been paraphrased from Apple.com

You will also need to be listening to lossless audio with the proper headphones or speakers. That means using the built-in Mac speakers, or wired headphones, speakers, or receivers.

With these things taken care of, you’re ready to enable lossless audio on your Mac!

To start, open the Apple Music app. Once open, click Music, then Preferences in the Menu Bar.

Click the Playback tab. Then, under the Audio Quality section, check Lossless to enable it. You can then choose between standard lossless audio or Hi-Res Lossless. The Hi-Res option will provide a better listening experience, but will also take up more streaming data and storage on your Mac.

The last bit of the Apple Music news is that this update is also bringing spatial audio with Dolby Atmos to Apple Music. These are two more types of audio files that allow for an enhanced listening experience.

Dolby Atmos is an audio file format that allows for a much more advanced audio mastering experience. This means that musicians can use it to create music that sounds like it exists in a 3D space, rather than music that is limited to stereo channels. Think of it like the audio you hear at the movie theaters – because it’s the same audio used there.

Spatial audio is a layer on top of Dolby Atmos that makes it easy for musicians to create a 3D space with their music. When listening to music that uses this feature, it should sound like the music is happening around you rather than just playing in your ears.

This feature is coming to far more devices and is not limited by Bluetooth connectivity. AirPods, AirPods Pro, and AirPods Max will all be able to support this feature, as well as most Beats products. However, generic headphones won’t be able to bring the same quality of Dolby Atmos support as higher-end products like AirPods and Beats can.

While I don’t think this update is going to change much for most users, it does mark a significant milestone in Apple Music’s history. Bringing lossless and spatial audio to the platform will set the stage for similar updates in the future, which is exciting for everyone. Overall, I think the Apple Music lossless update is a bright one and look forward to future updates.

For more news, how-tos, and insights into all things Apple, check out the rest of the AppleToolBox blog!