You are here: Home / iPad / Everything You Need to Know About The 2022 iPad

The holidays are coming up, so you may be considering grabbing this iPad for yourself or a loved one. In this post, we’re going to cover everything you need to know before grabbing this device. That way, you can be well-informed before making a purchase.

First things first, let’s discuss what’s new with the 2022 iPad. After all, this is an update to last year’s iPad, and surprisingly, it’s a pretty big update. So let’s look at everything that’s new in this device.

The most obvious change to the 2022 iPad is that it now comes in brand new colors. For years, the iPad has only been available in gray and silver, which are pretty boring options.

Finally, you can now grab the iPad in four colors, three of which are new: 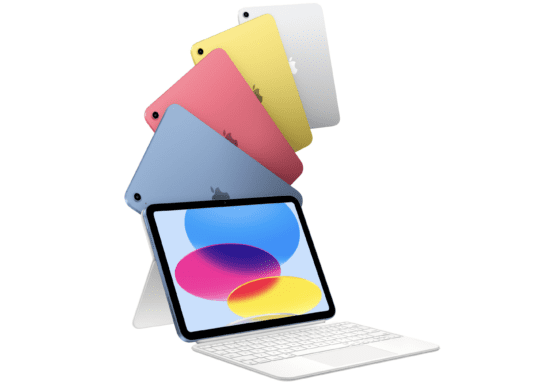 These colors are not only new, but they’re super pretty and vibrant to boot. Regular AppleToolBox readers will know that the lack of color in Apple’s lineup is something I complain about quite a bit. So whenever Apple goes that extra mile and brings some color to its products, I’m always a happy camper.

I will say, though, that these colors probably won’t stick. Apple has a habit of either swapping out colors for new colors whenever a device is updated, or getting rid of the colorful options altogether. So if you’re excited by these colors, I wouldn’t wait to grab a new iPad.

Another positive change that comes with the 2022 iPad is that it now has a bigger screen and a new processor.

The screen is just slightly bigger. It’s 10.9″ versus last year’s 10.2″. So not a massive improvement, but still, users will have a little more room to draw and play on their iPad.

As mentioned, this iPad also comes with a new processor. That processor is the A14. Generally, the A-Series chip updates are just quality of life improvements, not bringing a noticeable jump in performance.

However, I expect that this will not be the case with the A14. It has eight more Neural Engine cores than last year’s A13 chip. That means it’ll be better at machine learning, handling Siri requests, and tackling other complex tasks on your device. 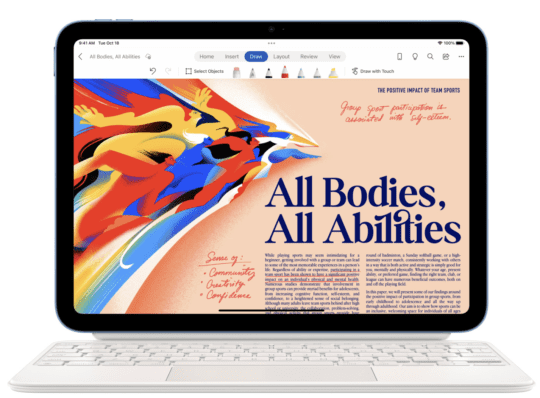 That’s because this design has ben present in other iPads before, it just hasn’t ever been available on the base-level iPad. But, now it is!

So, what’s so special about this new design? Well, for starters, there isn’t a Home button. So the bezels have been slimmed down and rounded off, giving the device a much more modern appeal. The curved edges of the metal have also given way to flatter, chunkier design, which I greatly prefer. It feels much more like a tablet or clipboard now than an iPad.

This device still uses Touch ID, it’s just that the Touch ID sensor has been moved from the Home button to the Power button. Also, this new design comes with USB C instead of a Lightning connector.

A much improved camera

While the iPad Air and iPad Pro have had great cameras for a while now, the standard iPad has been lacking in this department for quite some time. It’s not just that the camera hasn’t been as good as the rest of the iPad lineup. This camera has been notoriously bad.

So I’m happy to say that the 2022 iPad improves upon the camera greatly. It still has just one camera, but it’s a 12MP camera instead of an 8MP camera. That’s a pretty big jump and one that will allow you to take decent photos with your iPad now.

The front-facing camera is the same as last year’s iPad. However, this camera was already pretty solid and is still solid today. If you’re a user who values taking photos, the iPad is finally caught up with 2022’s standards. 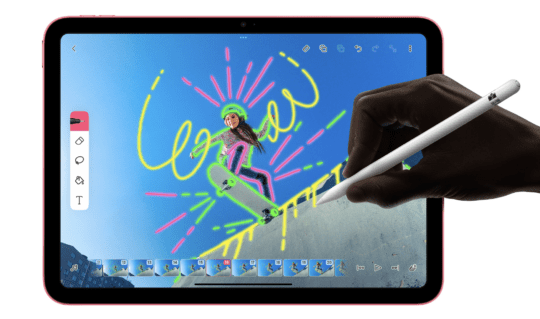 There is a price hike

Alright, now it’s time to cover a few points for the 2022 iPad that aren’t so great. After all, not every change is going to be a good one.

The first negative change to the new iPad is that there is a substantial price hike. For years, the iPad has been priced at $329. It’s been so long, in fact, that I have that price memorized.

You can still buy the 2021 iPad for this price, but the 2022 edition now costs $449. And that’s without any storage upgrades or cellular connectivity. That’s a more than $100 price increase, seemingly without warning from Apple.

I’ll admit it, this is a pretty big bummer. I get that prices need to be hiked up on occasion, but this does make the iPad less of the great deal that it’s been for a long time. Especially since the chip, cameras, and features are relatively the same. It’s just a new design with some slight improvements.

So yeah, instead of lowering the price of last year’s iPad and pricing the 2022 iPad at last year’s price, the 2021 iPad is the same price and this iPad is more expensive.

Another negative change that’s come to the 2022 iPad is that it still uses the same Apple Pencil as before, but even worse. The iPad still uses the 1st Generation Apple Pencil, which plugs into the bottom of the iPad to charge. It’s a pretty silly design, and one that Apple replaced fairly quickly with the much better Apple Pencil 2.

You may remember, though, that this new iPad has USB C instead of a Lightning port. The Apple Pencil 1, however, which this iPad requires, uses a Lightning connector to charge. So now you have to buy an adapter for the top of your Apple Pencil in order to use it with this iPad.

It’s one of the most baffling decisions from Apple in a while. I can’t quite figure out why they didn’t go all in and pair this new iPad with the superior Apple Pencil 2. It would not only be a better accessory for users, but it would work without the need for a Lightning port.

For now, though, those who want to use the 2022 iPad with an Apple Pencil are going to need to drop extra cash on a new adapter. Good luck not losing it!

That’s all of the stuff that’s new with the 2022 iPad. A lot of stuff, though, is still the same. Here are some of the things that, for better or worse, haven’t changed with this iPad update.

First, let’s get this out of the way. The 2022 iPad is still the least powerful iPad, unless you’re counting the 2021 iPad, which is still for sale. The iPad mini, iPad Air, and iPad Pro are all more powerful than the standard iPad.

That’s not necessarily a bad thing, though. You can still do a lot with this device, including some basic computing tasks.

Overall, though, I would say that the 2022 iPad is best left to simple use cases. I would not consider it as a computer replacement, as a tool for doing professional work, etc.

A great accessory for consuming media

That brings me to the second thing that hasn’t changed about the 2022 iPad, and that’s that it’s a great media device. Whether you’re playing games or watching movies, the iPad is excellent for this.

You can browse your iPad without experiencing any lag, watch shows on a great screen with excellent audio, and get immersed in whatever you’re doing. I always say that the iPad is the perfect nighttime device. Whenever you’re done with work and are unwinding in bed or on the couch, you can pull out your iPad and just get sucked into it.

So while I don’t recommend the iPad for computing and serious work, it’s great for those times when you just want to relax.

The storage limit is still a bit low

The last thing that hasn’t changed with this new iPad is the storage. It still only comes in 64GB and 256GB configurations. That means that you won’t be able to store too much on this device.

That might not sound like a big deal, but considering that the iPad is primarily a media device, it can actually turn into a problem. Downloading movies, shows, and books will quickly fill up your iPad’s storage.

And since the iPad doesn’t come with cellular connectivity by default, you’re probably going to end up downloading a lot of media to compensate for its lack of mobile connectivity.

So yeah. Don’t expect the storage to last you very long, and get ready to grab an iCloud subscription if you haven’t already. 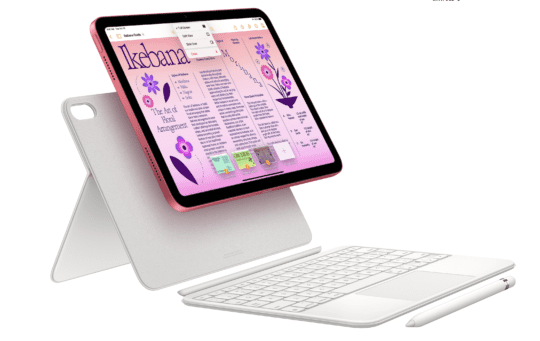 Alright, that’s everything you need to know about the 2022 iPad. Now, it’s time to consider whether or not it’s worth upgrading.

In all honesty, I think this is a great device. And if I didn’t already have an iPad Air, I would snag this iPad in a heartbeat. It’s not too expensive, comes in great colors that probably won’t be around for too long, and features a killer design.

Still, there are a few reasons why you might not want to grab this year’s iPad.

You can still grab the previous generation iPad

First, you can still grab the 2021 iPad. It’s readily available on Apple’s website, so you can get a brand new one right now. And these previous iPads are more affordable while still having most of the same features as the new iPad.

Not to mention that the 2021 iPad doesn’t have the same flaws that the 2022 iPad has. The Apple Pencil situation, for instance, is actually better on this older iPad model.

With that in mind, I’d recommend grabbing the previous iPad if you’re on a budget or shopping for kids. They’ll get plenty of use out of the 2021 version without breaking the bank or having to deal with the inconveniences of the new device.

The 2022 iPad has some weird flaws

As we just mentioned, the 2022 iPad has a handful of weird flaws. And honestly, I think they’re kind of a big deal.

The Apple Pencil set up is just downright bad. It’s a weird decision that hurts the user, and I seriously don’t understand what Apple was thinking. If you plan on using the Apple Pencil, then you may want to hold off on ordering this iPad.

Additionally, this iPad is a lot more expensive than its predecessors. As covered, I know that, eventually, prices need to go up to keep up with inflation. It’s an unfortunate reality.

Still, though, this iPad is now considerably pricier, especially when compared to the iPad Air. The iPad Air is only $150 more than the 2022 iPad, and for that price it’s much more powerful, works with the Apple Pencil 2, and has a much better display. So if you are willing to spend extra on this iPad, then you might as well go for the Air.

Lastly, there’s a good chance that next year’s iPad is going to fix what’s wrong with the 2022 iPad. It’ll probably be the same price, but I doubt it’ll have the same Apple Pencil dilemma that this one does.

Although, I don’t know if it’ll come in the same great color options, so it might be worth grabbing a new iPad if these colors are a must-have for you.

In short, as much as there is to love about the 2022 iPad, there are some problems that are hard to overlook. If you can’t overlook them, then wait a year and see if things get better.

And that’s it! That’s everything there is to know about the 2022 iPad. Overall, this is a great device and an excellent addition to the iPad lineup. It just has a few quirks that you’ll have to accept, and the higher price tag might be hard to swallow.

So what do you think? Are you going to be grabbing this device, or passing it up for now?