You are here: Home / How-to / How to fix problematic apps on your Apple Watch

So you have a the newest model of Apple Watch, and you’re super excited to road test all your apps, including native and third-party.  But as you run this new Apple Watch through its paces, you discover that a lot of Apple Watch third party apps aren’t working.  And many are your personal favorites and like Facebook Messenger, Swarm, Skype etc. 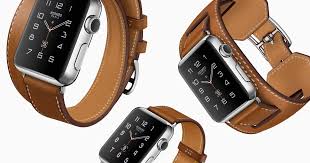 Instead of making your day and keeping you connected, many of these third party apps just keep loading and all you get is that loading sign that keeps spinning and spinning.  Sometimes, these app are even crashing after just a few seconds.

It’s frustrating when you easily get notifications from these apps on your watch but as soon as you tap to open, it gets stuck loading and loading…until it finally boots you out and back to your home screen. I mean we really like these Apple Watches and we want use it everyday as much possible. But these types of issues make it impossible!  So what’s a girl (or boy) to do?

While the Apple Watch is a great piece of kit, it’s a fact that occasionally you might experience issues with third-party apps you have installed. For example, apps might simply refuse to install, or fail to open, or don’t show the correct app icon (my personal bugbear!)

Unfortunately, on the whole there’s not a great deal you can do to really troubleshoot misbehaving Apple Watch apps, but there are a couple of fairly obvious things you can try and fix the issues, which in most cases do resolve the problems.

In most cases it’s also worth just trying to restart your Apple Watch and your iPhone.

Sometimes, Apple Watch apps simply won’t install, or appear to take forever. In this case, it’s simple enough to use the Watch app on your iPhone, find the offending app in the list of apps, and toggle off the option Show App on Apple Watch. After the app has been removed or disabled, try toggling the switch back on. In many cases, the second time around seems to do the trick and the app is installed on your watch. 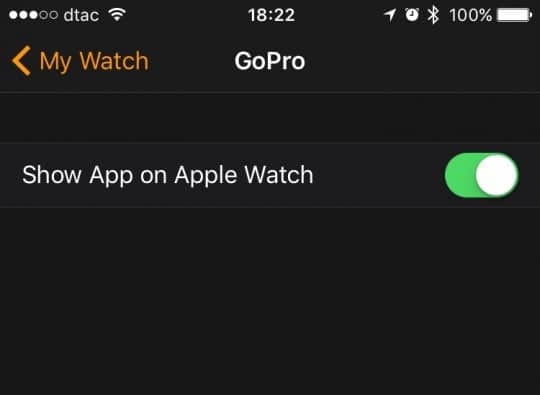 Besides toggling the app on and off in the Watch app, you can also just hold down the app icon on your Apple Watch, in much the same way that you would on an iPhone, to enter the “wiggle mode”. Once you see the small “x” icon, you can uninstall the app that way. 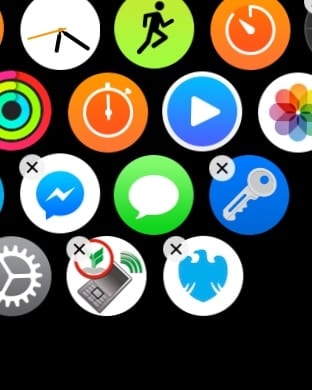 If none of the suggestions above resolve your issue with Apple Watch third party apps, try unpairing and re-pairing your watch

Sometimes however, there might simply be a compatibility issue with the app and watchOS. In those cases, there’s not much you can do except wait for the app developer to fix the issue and try again. You could always try to unpair and re-pair your Apple Watch or even completely reset your it (more on that later), although resetting is a pretty drastic step to fix just one app. 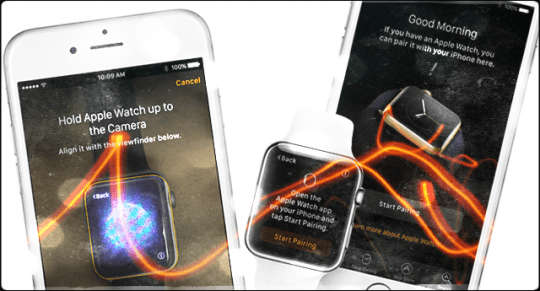 Pairing and UnPairing Your Apple Watch

If you do decide to reset your Apple Watch, make sure that you’ve backed it up via iCloud first. Apple says that the watch is automatically backed up to your iPhone, but to be safe it’s worth un-pairing and pairing again with your iPhone as a new backup is created.

You can un-pair in the Watch app, by selecting Apple Watch from the menu and choosing Unpair Apple Watch. Next time you open the app, you’ll be able to re-pair / restore the Watch. 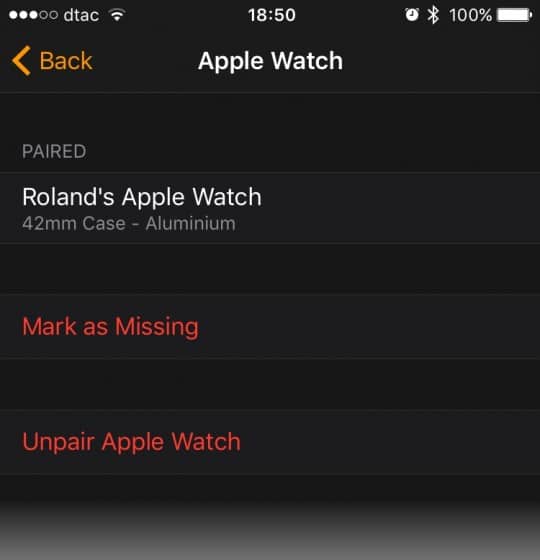 It seems quite common that newly-installed apps don’t properly show an app icon, instead showing the default icon. It’s quite annoying, and seems to happen almost randomly with no easy way to tell if the icon will show or not. 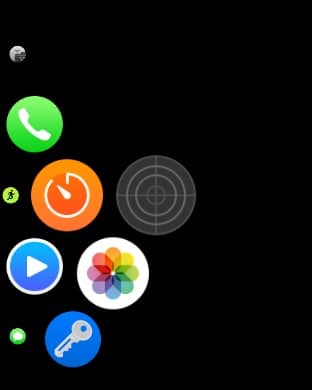 In my case, I recently installed the GoPro iPhone app and the Apple Watch companion app (to be able to remotely start recording via my watch), however there is no app icon visible after installing the app.

After a quick restart of the Apple Watch (hold down the side “contacts” button and select Power Off, followed by a long press of the same button to turn it back on), the app icon did appear. Hopefully this kind of issue is one that Apple will fix in an update to watchOS… 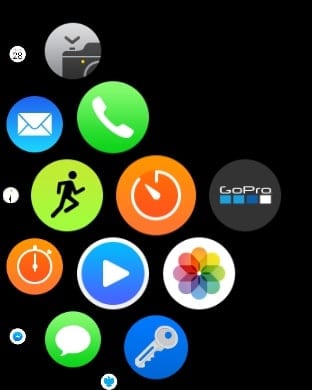 Even more annoying than missing app icons, is when an app that you’ve installed just won’t open. It’s even worse sometimes, as apps that at one time worked seem to suddenly stop working, perhaps as a result of an app update or something altogether unknown.

As an example, my banking app (which I use without issue on my iPhone) never opens on my Apple Watch. The app shows the familiar spinning icon (loading) but never actually opens and works. Even after uninstalling and removing it several times (which is definitely worth a try), it still won’t open.

In these cases, you could also double check that you don’t have the iPhone version of the app open or running as a background task, as there have been a few reports on Internet forums where forcing the app to close on the iPhone has done the trick.

Unfortunately, this is the worst kind of Apple Watch problem, and so far there isn’t really a definitive answer why some apps simply refuse to open.

In these cases, it’s certainly worth re-installing the app, but there is also often a setting or option in the iPhone version of the app to enable Apple Watch support. It’s worth checking those apps to see if there are any extra steps that you need to take.

On some occasions it’s advisable to reset and restore your Apple Watch (or just set it up again fro scratch) if you’re having too many third-party app issues.

To do this, either select the Settings app on the Watch and choose General > Reset, or from the iPhone app choose General and scroll down to Reset at the bottom. On the next screen, you’ll have a choice of several options: 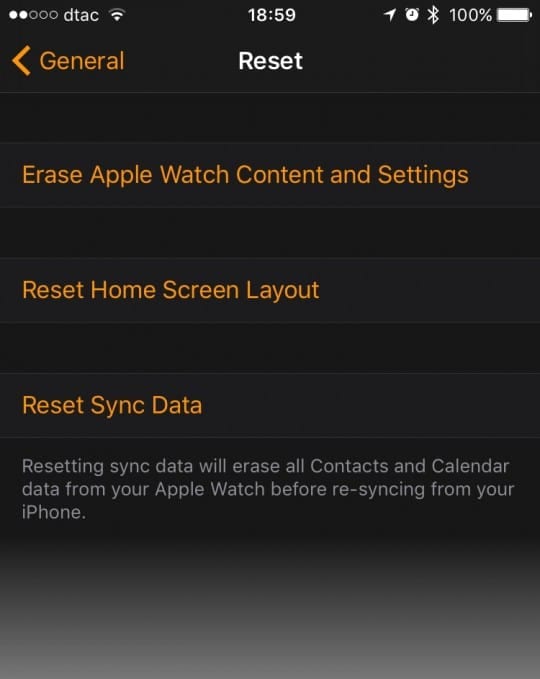 You could also try options two and three before you take the drastic step of resetting your entire Watch. Even if you do choose a full reset, it’s simple enough to restore from a backup the next time you open the Watch app on the iPhone.

Believe it or not, some of our readers report success with these steps.  This suggestion is to delete all music.  Just be aware that if you store a lot of music on your iPhone, it could take quite a lot of time to re-sync it all to your iPhone to get these basic third party apps working.

Reach out to Third Party Developer

Like any new device, Apple Watch still has its fair share of user interface problems and issues with apps failing to load or showing missing icons. Over time, updates to watchOS are steadily fixing the bugs, but there are still too many bugs for my liking. This year should see new Apple Watch hardware and the release of watchOS 3.0, so let’s hope that the remaining kinks are sorted out sooner rather than later.

Do you have any useful tips or tricks that have helped you fix an app problem on your Apple Watch? If so, let us know in the comments or send us an email – we’d love to hear about your own experiences.

In the meantime, there’s still a great deal of enjoyment and use to be had out of the Apple Watch and check back for more Apple Watch news, opinion pieces and guides in the near future.