You are here: Home / News / How UVA and Locus Health leverage Apple iPads for healthcare

When doctors and medical staff are monitoring a patient at a hospital, there’s a lot of advanced technology involved. For outpatient care, it’s often a completely different story.

At the University of Virginia Health System in Charlottesville, for example, the parents of high-risk infants used to be sent home with a paper binder. Inside, there were tables that they had to fill out with relevant information for at-home monitoring.

That was a problem that UVA thought it could fix. High-risk infants who require at-home monitoring are no longer sent home with binders at UVA. Instead, staff sends them home with iPads.

We reached out to Dr. Vergales and his team to get an exclusive on the story about how Apple is partnering up with hospitals and universities to get their Digital Health initiative going.

Using iPads for health at UVA

UVA — and Dr. Vergales — is at the forefront of an effort to leverage digital platforms for at-home care models. Just a few years ago, a tag-team effort by UVA and digital health platform company Locus Health led to the development of a proprietary platform that brought modern technology to an area of healthcare in which it was missing.

Instead of writing down information into a binder and calling a doctor if something is amiss, data inputted into the Locus Health platform during at-home monitoring is seamlessly sent to UVA. There, doctors and medical staff can keep track of that data when a high-risk infant is at home. 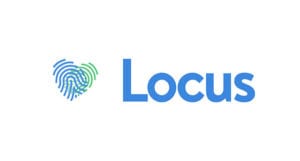 The team had decided on iOS, and iPads specifically, because of the security, privacy and usability of the operating system. In fact, Locus Health CEO Kirby Farrell said in an email interview that their primary focus is to specifically leverage iOS because they believe it’s an “emerging standard” in clinical care.

The team wrote the app itself in Apple’s Swift programming language. From there, they load it onto iPads with a standard enterprise development certificate. The team locks the iPads to the platforms so they aren’t used for purposes other than monitoring.

Farrell says some of the key distinguishing features of their platform include the ability to support any patient population and any health center’s electronic medical record (EMR) systems. There’s also a strong emphasis on cybersecurity and data privacy.

Dr. Vergales also said the team specifically designed the platform to be agnostic of an outpatient’s current situation. They could easily tailor the platform for anyone from high-risk infants to people undergoing chemotherapy.

While the project started as a small joint affair between UVA and Locus Health, around 15 top children’s hopistals across the U.S. and Canada have implemented the Locus platform. More are coming online every month.

Where Apple comes in

Between the initial development phase and now, Apple took notice of what was going on at UVA. The Cupertino tech giant

reached out to Dr. Vergales, who later flew out to Cupertino and presented to Apple’s Worldwide Healthcare Team.

Specifically, he detailed how UVA and Locus were usings the iPad-based platform.

While Locus Health and UVA don’t have any formal partnership with Apple, Dr. Vergales says he keeps in regular contact with Apple executives — explaining how use of the iPad-based Locus platform is growing.

Apple, for its part, has had an increasing interest in the health sphere over the past few years. From health research studies — like the recent AFib study — to app development toolsets like CareKit, healthcare is one of the next frontiers for the company.

The fact that the firm has taken an active interest to what’s going with Locus Health also speaks to the company’s ambitions. While Apple has medical professionals on staff, it’s clear to see that it is also keeping a close eye on what hospitals and doctors are doing across the U.S.

Besides UVA, Apple also keeps in regular contact with other physicians and medical centers across the U.S. The company also puts together video presentations of medical professionals using Apple technology. You can view those at Apple’s primary healthcare webpage.

What’s next for Apple and UVA?

Another key area that UVA — and Apple — is exploring is the financial savings. By keeping patients out of the hospital and using wearable or digital platforms for at-home care, consumers, medical providers and governments could save a lot of money.

Locus Health’s Farrell said the current plan is to focus on children’s hospitals, but eventually to expand to adult populations and bigger health systems. Eventually, he said the goal is to “engage government and private payers interested in bending the cost curve.” This is one area where Apple is taking a leadership role in helping hospitals model out the benefits of digital health in order to clearly provide insights around the cost curve impacts.

Dr. Vergales says his “pie-in-the-sky” goal is to leverage digital platforms for chronic care. That’s a feat that comes with a lot of additional considerations.

Using wearables for monitoring, something Apple is keenly interested in, is also an emerging field. (Although the FDA has yet to clear wearables for patients under 18.)

But even with all the clever uses of technology, the human element has certainly not been lost on anyone at UVA or Locus Health. Dr. Vergales said the platform he helped develop has been used to monitor more than 400 high-risk infants.