You are here: Home / Apple Services / Apple Music: How to Rearrange Order of Playlists

Apple Music automatically puts all your music in alphabetical order. While this can be convenient when you want to search for something out of your whole list like you’re using the Dewey Decimal System, it can get to be unwieldy if you have a rather large playlist and it starts to feel like you’re scrolling forever. Sometimes you just want your favorite playlist at the top. There are few easy methods to get around this system, however.

There are simply different ways you can name your playlists so that they appear at the top. For instance, you might just add an “A“ before the playlist you want to see at the top so it appears first in alphabetical order.

Punctuation can also move playlists to the top, such as putting an! before a playlist name. An example might be !Sweet Dance Jams.

Some people also put emojis before their playlists so they can tell where they are at a glance. The playlists might even start appearing grouped by emoji.

You can use the faces to classify what each playlist signifies, like a happy face by your feel-good music or the devil face by your metal songs. The bright colors make them easy to see, as well.

You can also make folders to put your playlists in on the Mac’s Music app. It can’t be done on mobile, however. But that way, you can name the folders so your most played music shows at the top. If you have a large playlist, folders can also break down your files so they’re easy to scroll through by type.

To create a Folder:

1) Open the Music app on your Mac.

2) Select File, then New and then Playlist Folder, as you can see below: 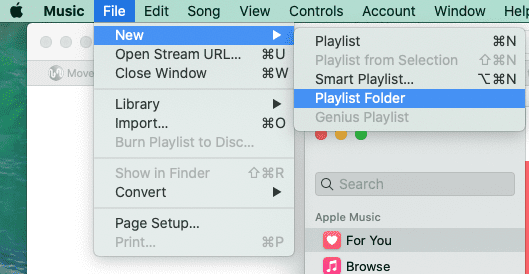 3) The Music screen will then let you simply type whatever name you want on the folder: 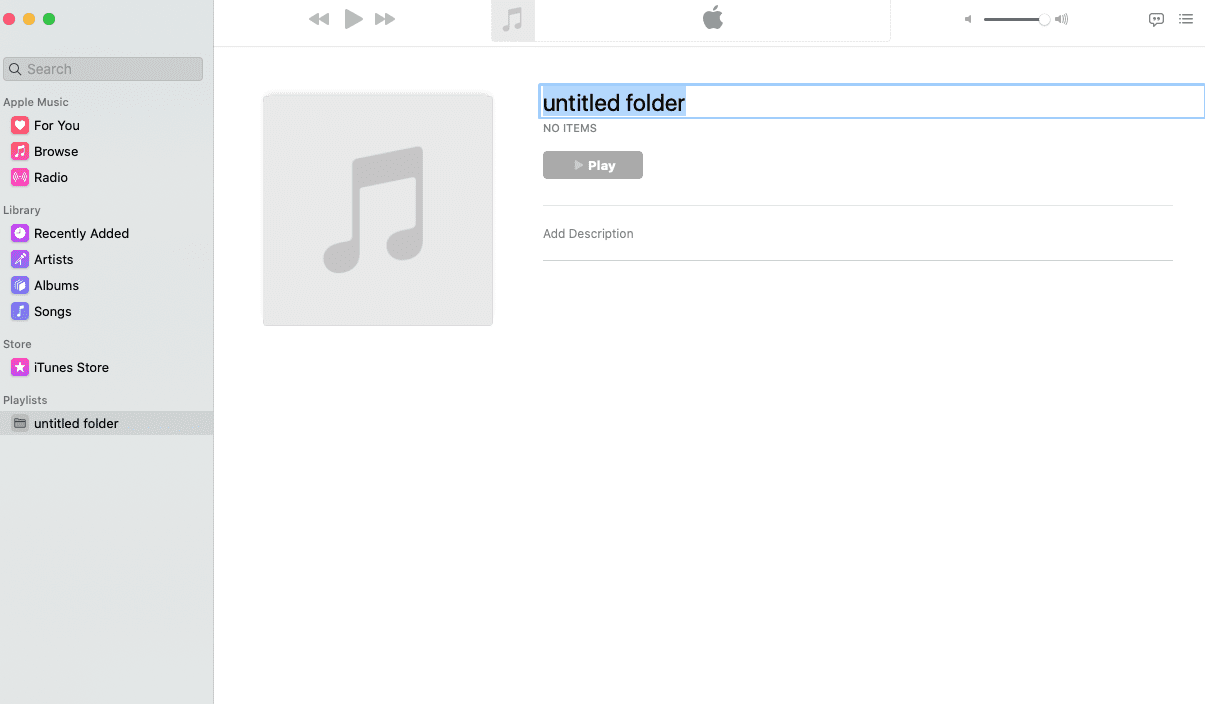 4) Your new folder will show under the Playlists option on the left of the screen: 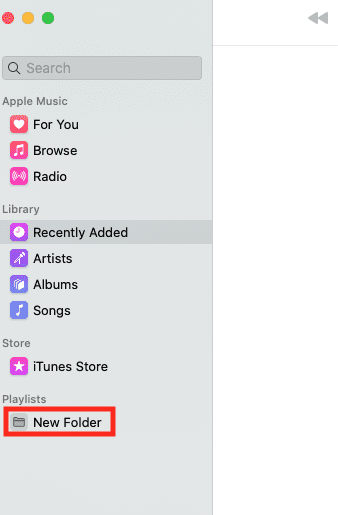 5) From there you can drag and drop songs and albums from your library into the new folder.