You are here: Home / News / Apple Silicon: What To Expect During The Apple-Intel Transition

During Apple’s 2020 WWDC keynote, Apple made a major announcement that had a lot more to do with hardware than software: Apple is moving away from Intel’s chips and switching to Apple Silicon. For most techies, this is big news, but for more casual users, this might sound like white noise; what is “Apple Silicon” and what does it have to do with your devices?

What is “Apple Silicon”?

Apple Silicon, a name that will most likely change by the time it’s released, refers to custom system-on-a-chips from Apple. A system-on-a-chip (SoC) is the engine that powers your computer. It consists of the CPU (where computing happens), the GPU (where your computer’s graphics are generated and processed), the RAM, and more.

Since 2005, Apple has relied on Intel to provide SoCs, a decision that made sense at the time. Apple didn’t have the experience to create SoCs of their own, and Intel was leading the silicon industry at the time.

Today, however, is a much different story.

Why Apple is switching from Intel to ARM

There are several reasons for the decision to switch from Intel, some of which were covered during the WWDC20 keynote, such as better optimization. However, there’s a bit more behind Apple’s decision that is sure to play a major role in the future of the Mac.

Skylake was the chip Intel released in 2015, and though it has since been succeeded by newer chips, Skylake is where the story of the Apple-Intel split begins. 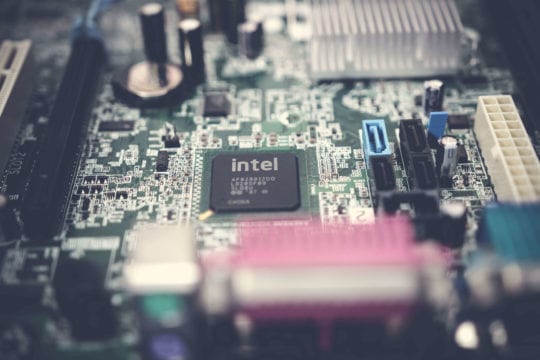 According to an Intel engineer, it was right around the release of Skylake when the relationship between Apple and Intel began to sour. Intel was dealing with changes in high-level staff and internal disagreements when the first complaints about Skylake started to come in. Bugs and issues were being found regularly, which is a serious problem when you’re the largest chip provider in the world.

A significant portion of these complaints were being filed by Apple, and according to Intel engineer François Piednoël, Apple was finding more bugs in Skylake than Intel was. For those outside of the tech industry, a customer finding more bugs than you is known as a “very not good” situation.

This was only the starting point for the problems at Intel. New chips weren’t providing the same return on performance, product releases weren’t happening on time, and reliability was decreasing. Though Apple was sure to have been thinking of switching to custom chips before this happened (the move to Intel was never intended to be permanent), this more than likely became the tipping point for Apple and started its journey towards chip independence.

In contrast to Intel’s declining performance, Apple has become one of the leading developers of ARM chips – though they’re all used in-house. Apple’s A Series of chips, such as the A11, A12, and A13, are used in iPhones, iPads, and iPad Pros, and are one of the reasons other tablets and even some laptops have a hard time competing with Apple’s iPads. 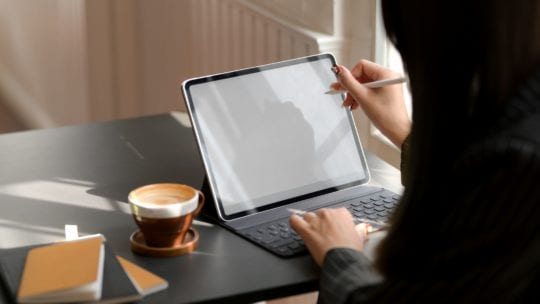 When you consider this same level of optimization being applied to something with the specs and capabilities of a laptop or desktop, the possibilities become exciting. Computers can hold more hardware internals than mobile devices and host more sophisticated thermal architecture (the hardware that keeps your computer from overheating), which means that Apple Silicon could make an even bigger impact on Apple’s Mac lineup than it has on its mobile devices.

At WWDC20, Apple demoed games like Tomb Raider (gaming has historically been bad on Macs) and apps like Final Cut Pro performing impressive feats with Apple Silicon. Additionally, it looks like Apple is hoping to reach a universal App Store, where all of the apps that run on your iPad or iPhone will also be able to run on your Mac. By running everything on Apple Silicon, Apple can shorten the path to completely universal apps.

Finally, whether you’re a fan of Apple or not, you likely have an opinion on Apple’s obsession with end-to-end control. It’s why Apple can lead the tech industry in areas like privacy and ecosystem features, and it’s also one of the reasons why Apple doesn’t let users repair their own devices or customize their home screens.

It’s safe to say that a big motivation for Apple becoming Intel-independent lies in that second word: Independence. By not relying on Intel to produce Apple’s chips, Apple can release new Macs on a more regular schedule, achieve greater performance, and have total control over the hardware and software in its products.

So far, we’ve just focused on all the good that’s sure to come from Apple’s new chips. While all of this is true, there’s a bit more to the equation than just the good. Like any transition, there’s going to be a cost to Apple ditching Intel, and that cost will largely be on users and developers.

To be more specific, the cost of transitioning from Intel chips to Apple chips will be compatibility. When an app is programmed, it’s generally written with specific hardware in mind. Even when it’s released on different platforms, it’s usually optimized to work best on a specific piece of hardware. You can see this most clearly in the gaming industry, where the same game will perform better on different consoles.

What makes this confusing for Mac users is that you’ll have this issue – varying performance on different devices – but with devices under the same name. Some Macs will run certain apps better than other Macs, depending on whether or not it’s an Apple ARM Mac or an Intel Mac. For power users and especially developers, this is a bit of concern.

But it’s not the first time Apple has been down this road.

As mentioned earlier, Apple didn’t make the switch to Intel until 2005. Before that, Apple was using PowerPC chips, a type of microprocessor that is now most often found in vehicles and communication devices.

At the time, there were similar concerns over compatibility, with some reports claiming that Apple themselves wanted to put off switching to Intel to avoid compatibility problems. According to IBM, Apple was worried that the transition would be slow and drawn out, confusing their product line and customers.

But as time went on, it became clear that moving to Intel was the right move for Apple. So, to address compatibility concerns and to speed up the transition, Apple created various apps and services to smooth the transition, including Rosetta and Universal. The result was a transition that happened in less than two years with little to no problems for anyone involved.

How Apple is helping developers transition away from Intel

Although the PowerPC to Intel transition took place 15 years ago, Apple is using a very similar approach to transition away from Intel chips. Apple has even revived Universal and Rosetta in the form of Universal 2 and Rosetta 2, and they’ve added features to Xcode 12 that should allow most developers to optimize their apps for Apple Silicon in “a matter of days”.

In macOS Big Sur, the upcoming release of macOS, Apple is including Xcode 12, Apple’s tools for software developers. Because of the ARM transition, Apple has included several apps and features, like Universal 2 and Rosetta 2, to allow apps made for Intel to run on Apple processors.

Universal is an app that has its roots in NeXT, the computer company founded by Steve Jobs in the 1980s and eventually purchased by Apple. It uses a “fat binary”, which allows it to interpret requests from multiple instruction sets. In this case, that’s Intel’s x86-64 processors and Apple’s upcoming ARM processors.

In essence, the Universal 2 app will allow developers to create apps that run on any Mac, regardless of which processor it uses. Developers can also migrate their apps to Apple Silicon architecture using Universal 2.

For apps whose developers don’t take advantage of Universal 2, there’s Rosetta 2. Rosetta 2 will take Intel-based applications, translate their requests into instructions that Apple Silicon can understand, and then pass that onto the upcoming Apple ARM chips.

The result is that Mac users will still be able to use old Intel-based apps for as long as Rosetta 2 is supported. This will give developers ample time to use Universal 2 to move their apps to the new system.

For larger developers that want their apps to run natively on Apple Silicon as soon as it’s available, there’s Apple’s Quick Start Program. Priced at $500 and limited to accepted applicants only, the Quick Start Program gives developers a kit that they can use to quickly adopt Apple’s ARM architecture before the public has access to it. This should cover most major app suites, like Adobe, Microsoft, and others, so that your most-used apps are transitioned without a hitch.

What can users expect during the Intel-ARM Transition?

As an Apple user, you probably shouldn’t notice too much during the Apple-Intel transition. Apple’s goal is to make the transition as boring as possible for the average user. Unless you’re a developer, you probably won’t noticing anything different.

That said, there are some things to look out for. First, if you’re already a Mac owner, you should expect your Intel Mac to become obsolete a bit faster than it normally would. Apple might cut updates to your device a few years earlier than normal, but you can still expect another 3-4 years before that starts to take effect.

Second, if you plan on buying a new Mac anytime soon, then it’s in your best interest to wait until the end of this year and probably early next year. By that time, Apple should have released at least one, possibly two, Macs with Apple Silicon. That’ll put you on the right track to avoid any hiccups.

Thirdly, power users with lots of third-party apps and customizations may lose a few of these apps during the transition after Rosetta’s support ends if those developers don’t translate their app with Universal 2. But as this is such a big transition, you probably won’t lose much.

The future of the Mac

While it may be a bit of a rocky future over the next two years, it’s an exciting time to be a Mac user. Apple Silicon means more app interoperability between mobile and desktop devices, better performance, and potentially faster Mac releases. Though it’s hard to know exactly what Apple has in store for its Mac lineup, you can rest assured that it’s going to be interesting.

Read here to download the macOS Big Sur beta and to get ahead on the next era of the Mac.