In the weeks and months leading up to Apple’s latest announcement, there were a lot of rumors and leaks about what was going to make the iPhone 14 Pro and Pro Max “special”. Apple really needed a stand-out feature to separate it from the iPhone 14 lineup, while also giving it something to entice potential new owners of these Pro devices. Improved cameras can only go so far, as Apple’s iPhone 13 Pro and Pro Max are already touted as having arguably the best smartphone cameras on the market. So Apple swung for the fences, but we’ll have to wait and see whether the move pays off. 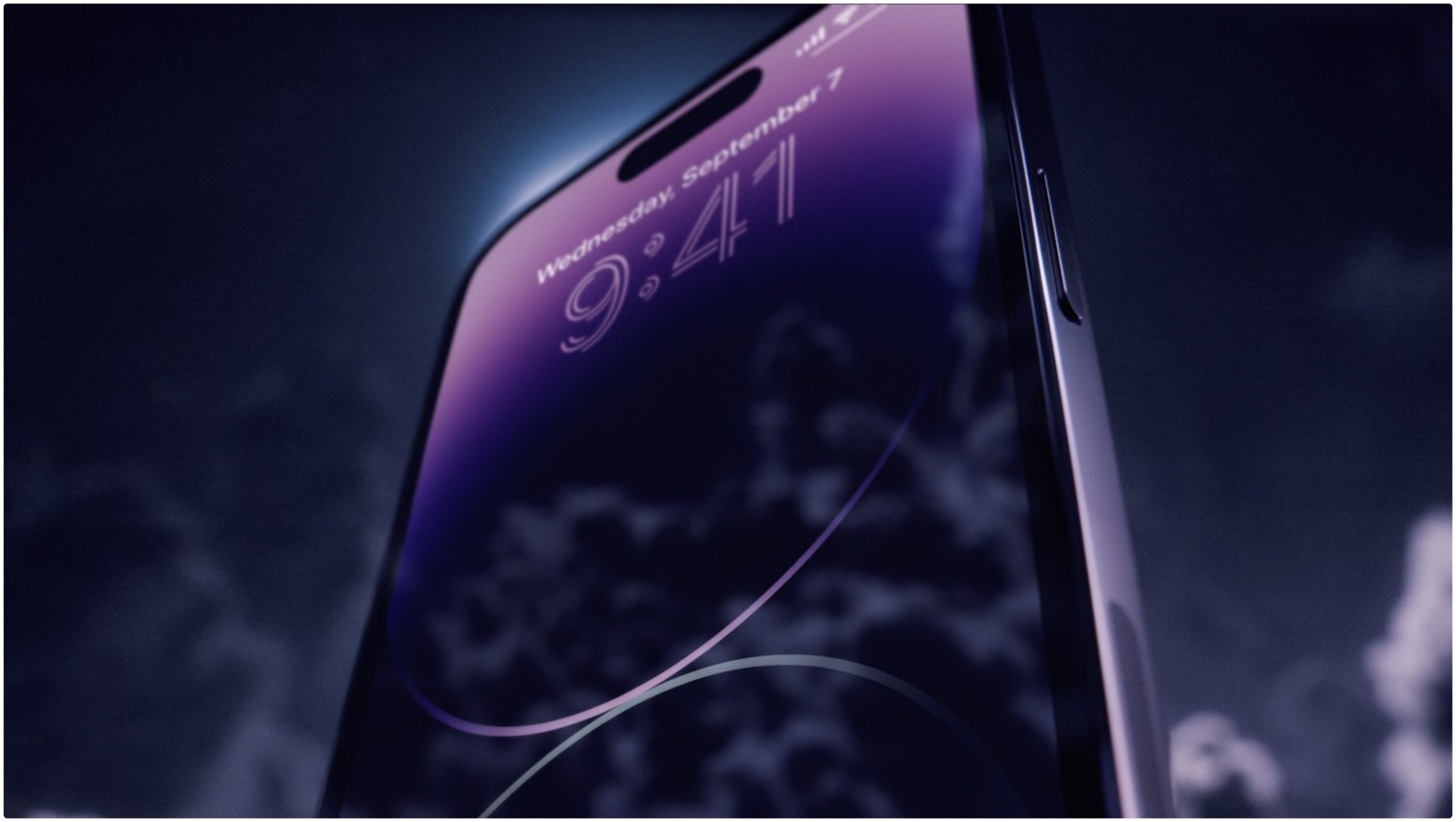 Unlike the non-Pro iPhone models, there are no major changes to the screen sizes with the iPhone 14 Pro and iPhone 14 Pro Max. This means the smaller iPhone uses the same 6.1-inch Super Retina XDR OLED display, while the Pro Max comes in with a 6.7-inch screen. Both of these feature a Ceramic Shield display for better durability, along with Apple’s ProMotion technology.

But where Apple did make a massive change is in the notch. As in, the notch is no more on the Pro iPhone models. Instead, it has been replaced by a new feature being called the “Dynamic Island”. Apple redesigned the TrueDepth camera and necessary Face ID sensors in order to bring your iPhone’s camera cutout to life. Gone is the notch that spans 3/4 of the display, and instead, you’ll find an oblong hole-punch cutout at the top.

Instead of just calling it a day at that, the Dynamic Island works with your different open applications, even in the background, to provide a truly unique experience. Whenever you plug your iPhone in, the island will expand to show you the charging status and remaining battery life. Is an app requiring FaceID? The island transforms into a unique notification that sticks to the cutout, while still letting you know when FaceID has been confirmed. 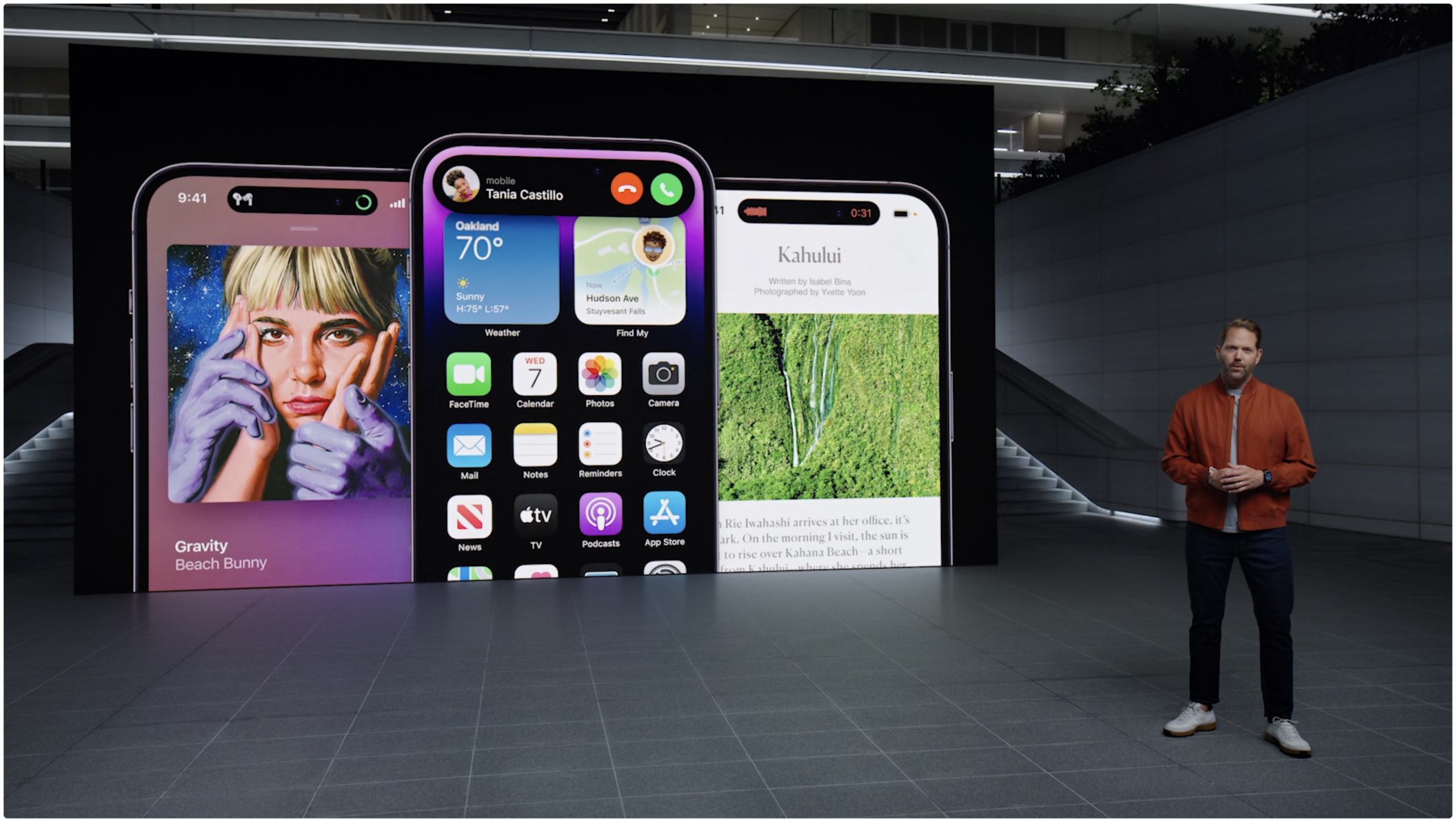 Dynamic Island works with all of Apple’s own applications, such as showing you some information about the phone call that you’re on. It works with Apple Music by showing the album artwork, but when tapped, it expands to provide an Apple Music widget, complete with song and album info, along with playback controls. Apple even confirmed that it will work with Live Activities, once the feature is available, making so you can see when your favorite team scored, without actually needing to open the app to check.

And the fun doesn’t stop there. As some might have noticed throughout the iOS 16 Beta process, there were mentions and hints at an Always-On Display. And with the iPhone 14 Pro and iPhone 14 Pro Max, that’s exactly what we’re getting. In conjunction with all of the major changes coming to the Lock Screen with iOS 16, you will be able view your Lock Screen widgets at a glance and see different bits of information. Plus, Apple confirmed that Live Activities will also support the Always-On Display as soon as they are available. 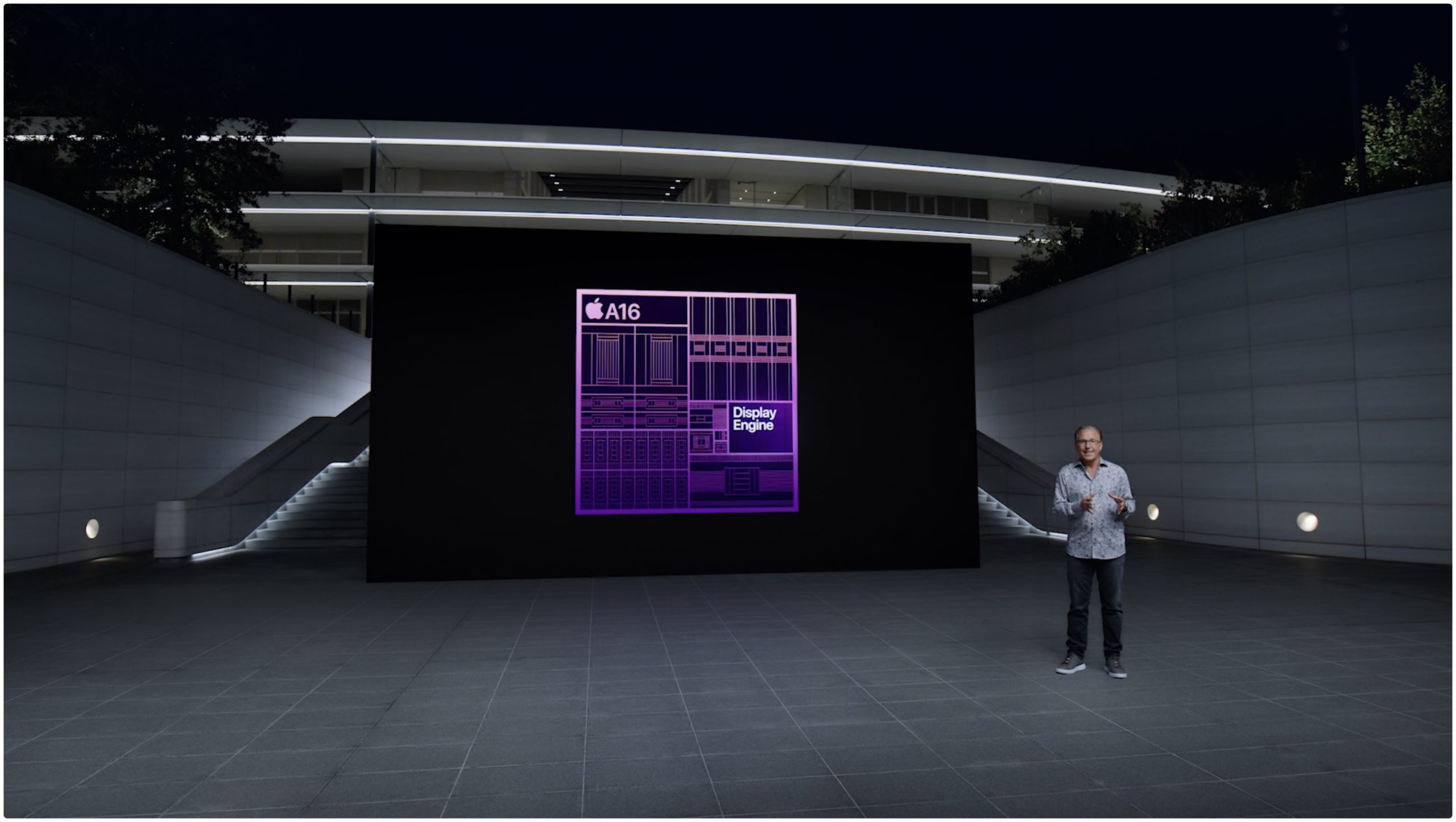 Apple’s most impressive mobile chip ever has arrived, as the Apple A16 Bionic is here to provide the power you need from your iPhone 14 Pro or Pro Max. The chip is comprised of almost 16 billion transistors, helping to provide “industry-leading speed and efficiency”. The 6-core CPU handles many of your demanding workloads, while the onboard 5-core GPU offers “50% more memory bandwidth for complex graphics”.

And despite all of the power offered by the CPU, GPU, Image Signal Processor, and Neural Engine, the A16 Bionic is also built with efficiency in mind. Given that the iPhone 13 Pro Max continues to blow us away in the battery department, Apple was likely keen on maintaining that lead over the competition. 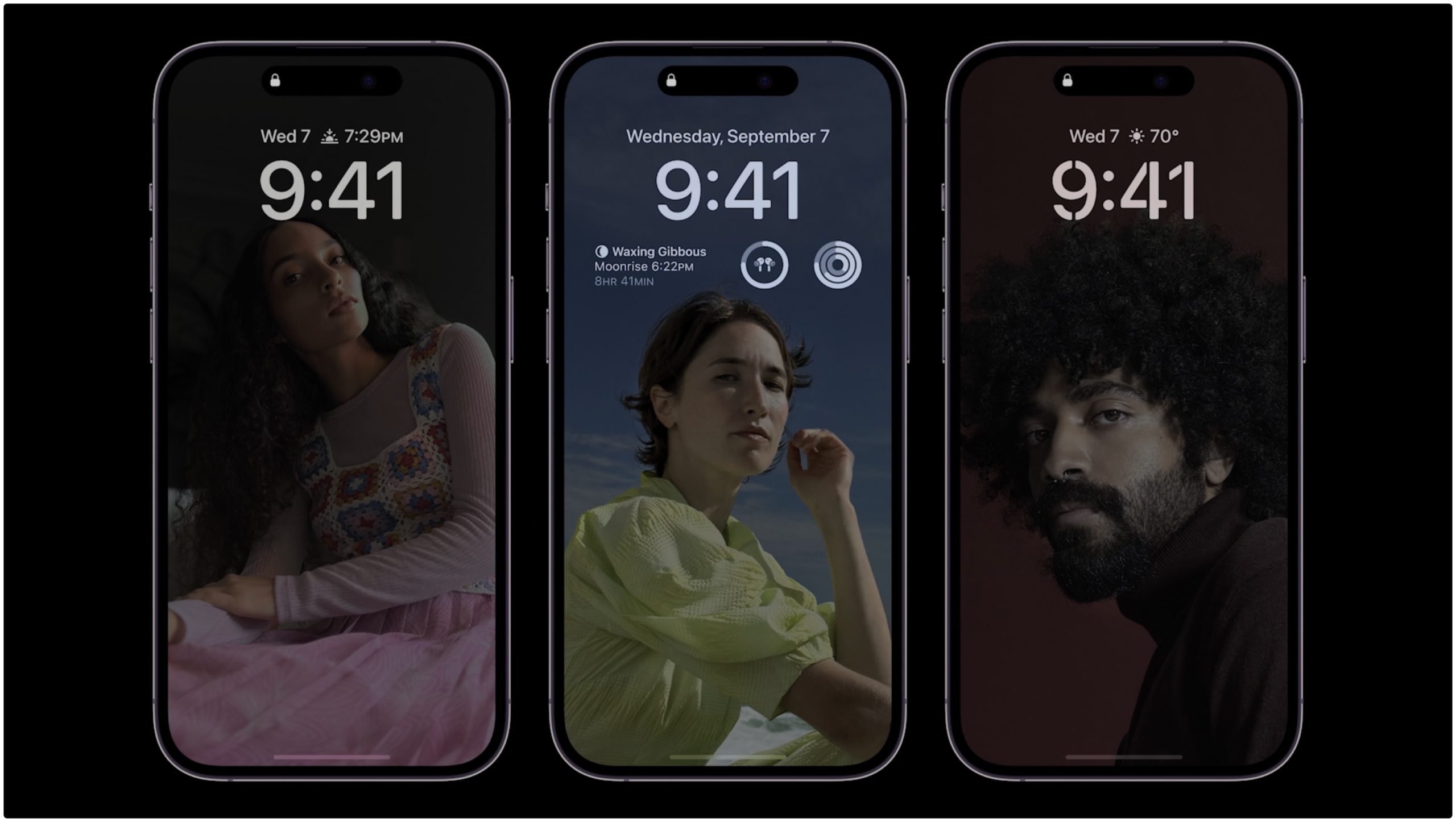 In an effort to help keep battery life where we expect it to be, Apple has implemented a few changes to go along with the iPhone 14 Pro and iPhone 14 Pro Max. For one, whenever your iPhone is turned face down or put in your pocket, the entire display will go black. This makes the most sense, as the sensors on the front of the iPhone can detect light, and won’t need to have the Always-On Display turned on when you don’t need it.

If the efficiency is as good as Apple claims, iPhone 14 Pro Max owners are in store for an even better time compared to the iPhone 13 Pro Max. According to Apple, the Pro Max will last for up to 29 hours on a single charge, whereas the iPhone 14 Pro will last up to 23 hours. And as you would expect, MagSafe charging is still onboard, along with support for traditional Qi charging and wired charging via the Lightning port on the bottom. 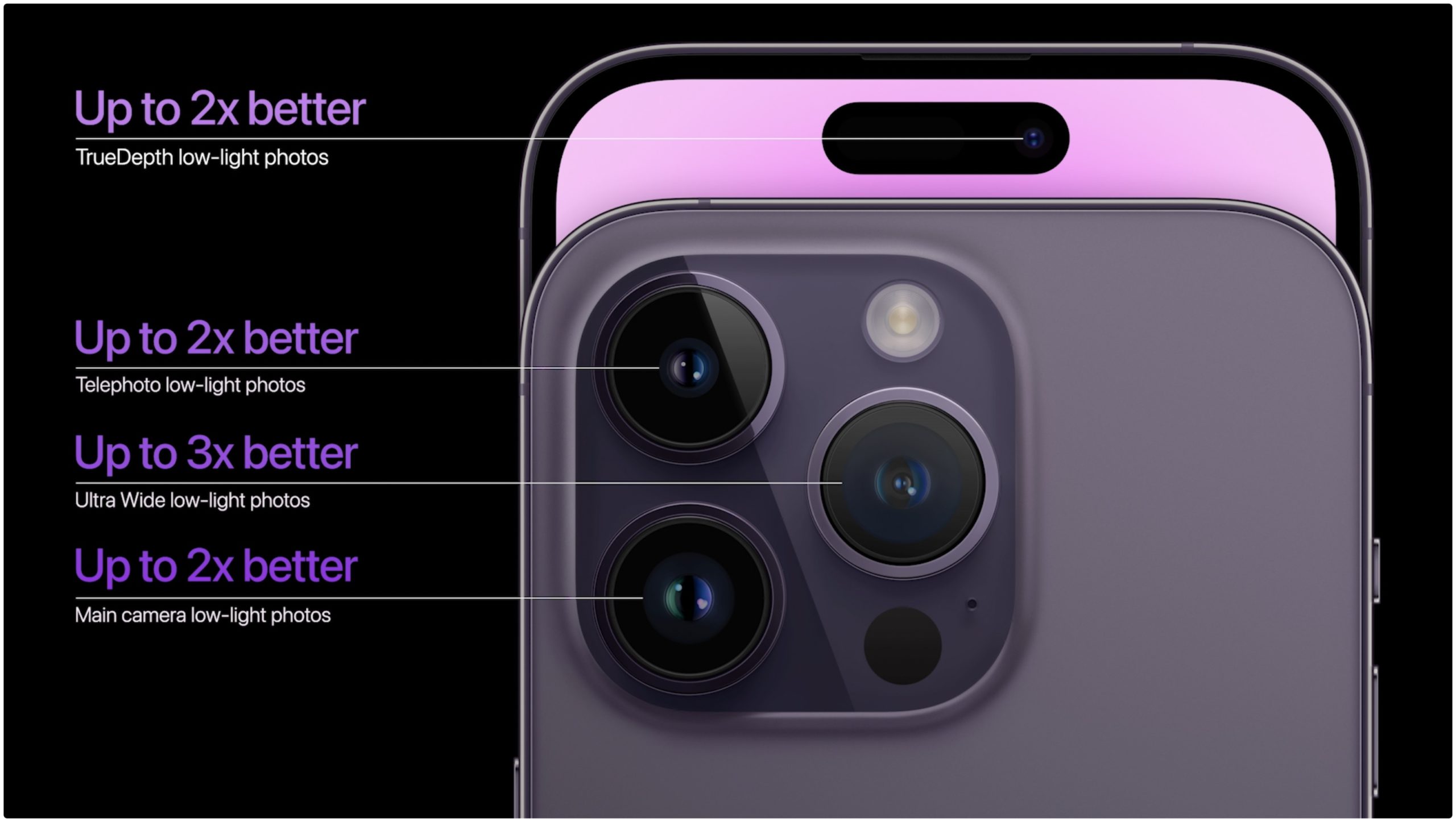 It’s a story of “firsts” for the iPhone 14 Pro and iPhone 14 Pro Max, as Apple also finally introduced an all-new camera sensor with these models. Gone is the standard 12MP wide-angle lens that has been slightly improved and upgraded over the years. Now, the Pro iPhone models will enjoy crisp images courtesy of a new 48MP sensor, complete with an f/1.78 aperture, 100% Focus Pixels, and the company’s second-generation Sensor-Shift optical image stabilization technology.

The 48MP main lens not only acts as your primary camera, but thanks to the Quad-pixel sensor, it also introduces a 2x telephoto option within the camera app. Now, iPhone 14 Pro and Pro max owners can enjoy 0.5x, 1x, 2x, and 3x, zoom options when trying to snap pictures. But the best part is that even when using the 48MP lens and 2x zoom, you won’t have to worry about any image degradation.

The lens itself is 65% larger than the one found on last year’s iPhone 13 Pro and iPhone 13 Pro Max. This provides 2x low-light improvement, which is important for those who like to snap photos or record videos regardless of the conditions or the time of day. 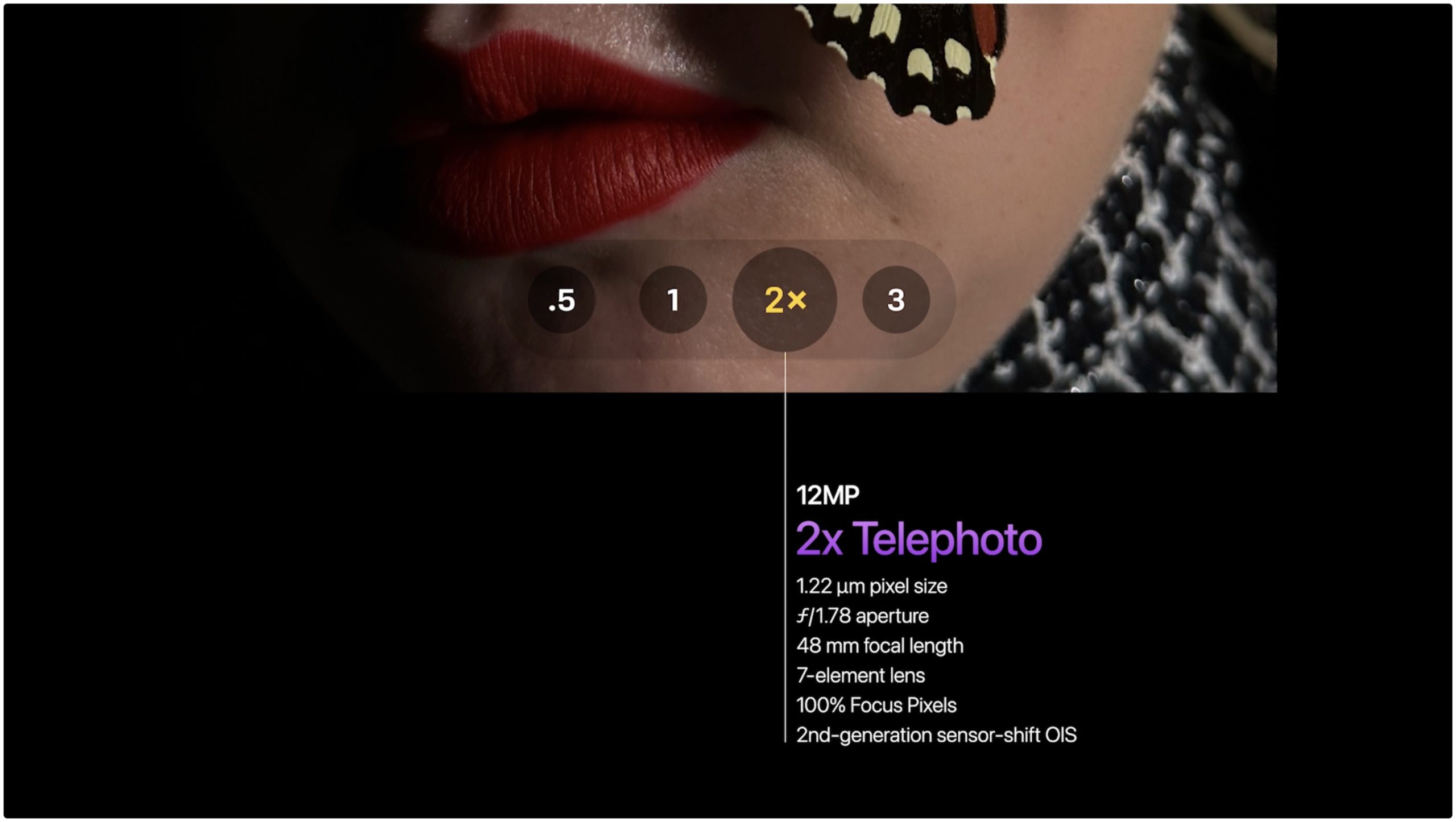 Apple also provided some more minor upgrades to the telephoto and ultrawide lenses, both of which remain at 12MP in resolution. The 3x optical zoom provided from the telephoto lens is also said to offer 2x better low-light performance, while using an f/2.8 aperture and OIS. And the 12MP ultrawide camera offers a 120-degree Field of View, along with lens correction and an f/2.2 aperture.

Video recording has also been improved, as Cinematic Mode can now record 4K HDR video at 24fps, which is known as the “film industry standard”. This now means you can record 4K video at 24 or 30 fps, while being able to still edit the depth effect after you’ve finished recording. And if you like recording video but don’t feel like carrying around a gimbal, get ready to try out Action Mode. This will give you smooth handheld videos, regardless of what it is that you’re trying to record.

There’s even a new Adaptive True Tone flash built into the iPhone 14 Pro and iPhone 14 Pro Max. Apple claims this will provide 2x bright flash when using the telephoto lens, and 3x “better uniformity” when using the ultra wide camera in conjunction with the flash. Plus, all of the same great Machine Learning improvements made with the ISP and Photonic Engine are also here. 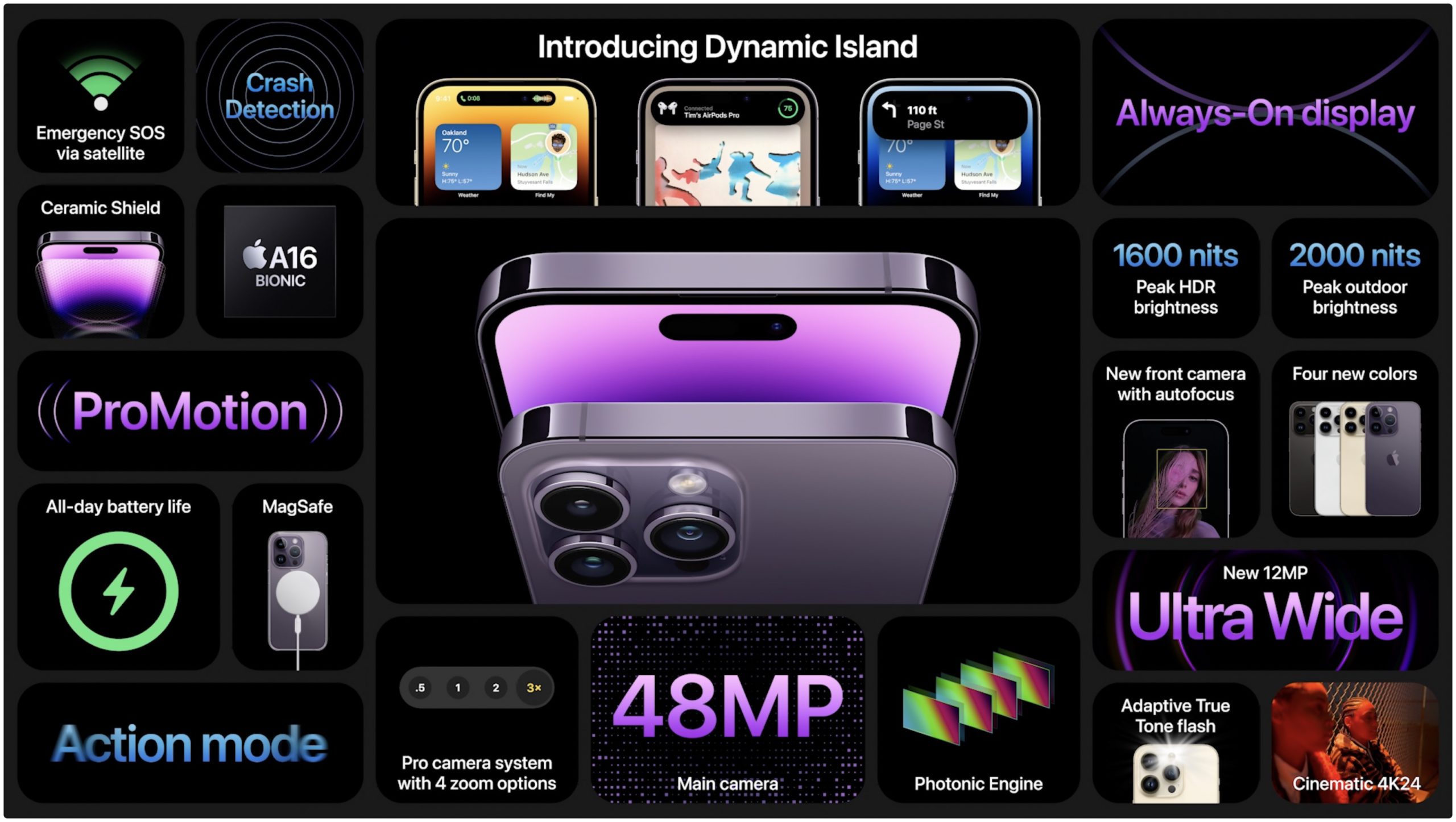 The iPhone 14 Pro and iPhone 14 Pro Max are available in four different colors: Space Black, Silver, Gold, and Deep Purple. Storage options range from 128GB on the base model and go all the way up to 1TB for as much storage as you could possibly need. Which, needless to say, can come in really handy with all of the crisp images and incredible videos that you’ll find yourself taking.

Pricing for the 128GB iPhone 14 Pro comes in at $999, while the iPhone 14 Pro Max starts at $1099 with the same storage option. Considering rumors suggested that Apple would be increasing the price, it comes as a surprise that we’re seeing the same price as last year’s models. But our wallets are more than thankful for that.