You are here: Home / Apple Services / Are Airlines Banning AirTags?

AirTags are certainly an Apple product that’s gone under most people’s radars. It’s not flashy like a new iPhone or as versatile as an iPad, but the AirTag is definitely an accessory we recommend you consider picking up if you travel frequently. During the COVID-19 pandemic, we saw a huge increase in lost baggage around the world due to understaffed airports. And this was with radically reduced air travel. Once things opened back up, travel came back to a normal pace, and yet the employees were nowhere to be found. There are multiple YouTube videos out there showcasing people using their AirTags to persist airport employees to find their baggage that’s located in the airport, so the device is, in fact, useful. But there are now some rumors circulating that airlines might be banning AirTags. Find out more about this story below. 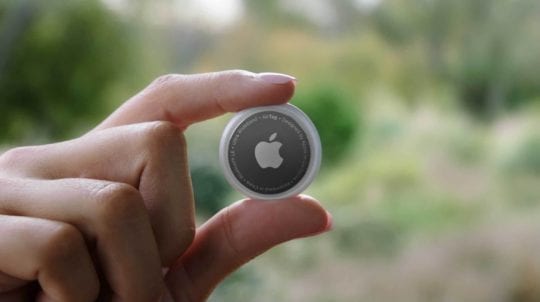 An AirTag is a tracking device that utilizes Bluetooth to ensure you can locate your prized possessions when traveling. It went largely under the radar as Apple didn’t create a huge marketing campaign around it as it does with some of its other products. Instead, the company just released the product and let us make our decision on whether to purchase it or not. There has been a little bit of controversy over this product, as some hawkish consumers noted that people could slip an AirTag into someone’s bag or belongings and begin tracking them. This is a very real issue the product faces.

Despite these issues, for those with more innocent intentions, the AirTag remains an extremely useful tool for those who travel frequently. Stick it in your suitcase when flying to ensure that you never lose it again (or are able to locate and deal with it appropriately). If you wanted to stick the AirTag on your keys, you could do that. Or, if you wanted it on your AirPods, that’s completely fine, too (provided it fits). Basically, for anything that you feel like you might lose easily, you can put an AirTag in or on it to locate it later.

There were a few rumbles in some Twitter threads that revealed that some airlines are actually beginning to ban AirTags, citing them as dangerous devices (presumably under the assumption that they may explode). A Lufthansa customer support representative confirmed to one Twitter user that the airline had banned the Bluetooth device. When further asked why they were considered dangerous devices, the representative explained that baggage trackers are subject to dangerous goods regulations.

Intego, an Apple security blog, looked for further comment on the issue, and Lufthansa replied with:

The Lufthansa Group has conducted its own risk assessment with the result that tracking devices with very low battery and transmission power in checked luggage do not pose a safety risk. We have never issued a ban on devices like that. It is on the authorities to adapt regulations that right now limit the use of these devices for airline passengers in checked luggage. We are in close contact with the respective institutions to find a solution as quickly as possible.

I kindly ask for your understanding that all questions regarding ICAO and IATA guidelines should be addressed to these respective bodies.

So after some investigation, it seems as if Lufthansa itself isn’t banning the device, but its interpretation of certain regulations makes it so that AirTags are banned due to the international aviation bodies. So, there might be some confusion between the Twitter representative and the company’s official stance. For now, we would advise you not to take AirTags in your carry-on luggage, but suitcases seem to be fine.

Are AirTags Worth It?

First and foremost, AirTags cost you $29. So they’re certainly not too expensive. Some may still say that $29 to make sure you don’t lose something when you could just be a bit more mindful is a waste of money. In that case, they would be technically correct. But mistakes do happen, and people do lose things accidentally. That $29 could be a small investment to make sure you don’t lose anything more valuable in your luggage later on. It’s definitely down to personal preference. If you’re forgetful, the AirTags might be worth it. If you’re organised and always mindful, you might want to skip out on these.