You are here: Home / AirPods / Beats Fit Pro vs AirPods Pro: Which Should You Buy?

When it comes to picking the right set of headphones, the possibilities are truly limitless. Just type in “Bluetooth headphones” into Amazon, and you are greeted with thousands of entries and options. Many of them are quite good, while others are not so much. But one thing is for certain; as soon as Apple introduced the AirPods, the entire market shifted.

Until now, the AirPods Pro has largely been considered the “best of the best” when it comes to truly-wireless earbuds. And an argument could be made that these are the best headphones even if you’re an Android user. But the truth is that even Android users have been hoping for a true AirPods Pro competitor without any limitations. Enter the Beats Fit Pro.

What Are Beats Fit Pro? 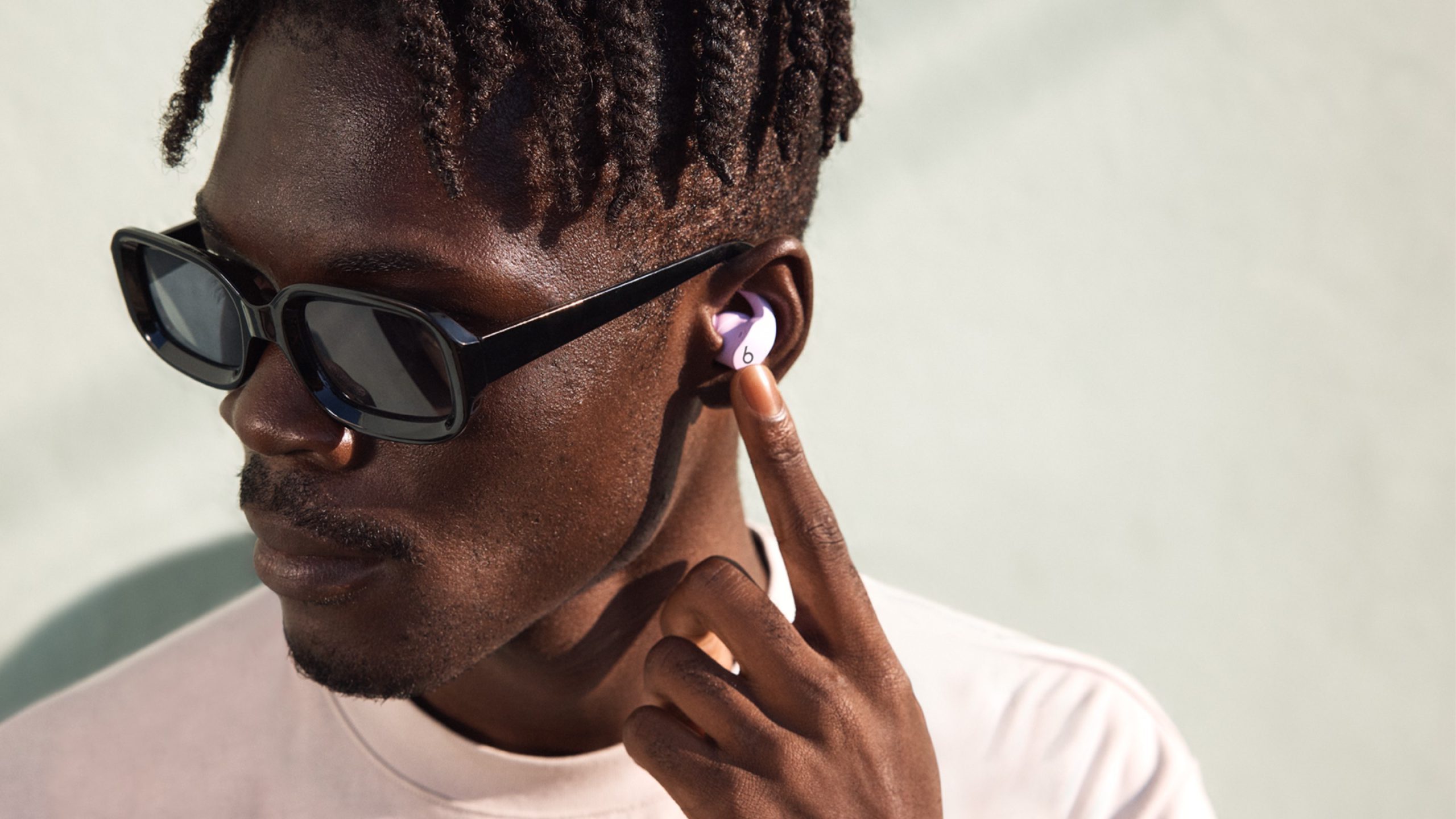 The Beats Fit Pro were introduced in a surprise announcement, offering a different take on the truly-wireless headphone that Apple has pretty much perfected. The Beats Fit Pro includes almost all of the same features found in the AirPods Pro, but with a few minor differences.

As a reminder, Beats was purchased by Apple back in 2014, but since then, Beats has continued to churn out new headphones on a regular basis. The latest offering comes after the Beats Studio Buds were introduced earlier this year. But with the Fit Pro, there is a whole lot more going on, and it would appear as these could be the answer that Android fans have been looking for. 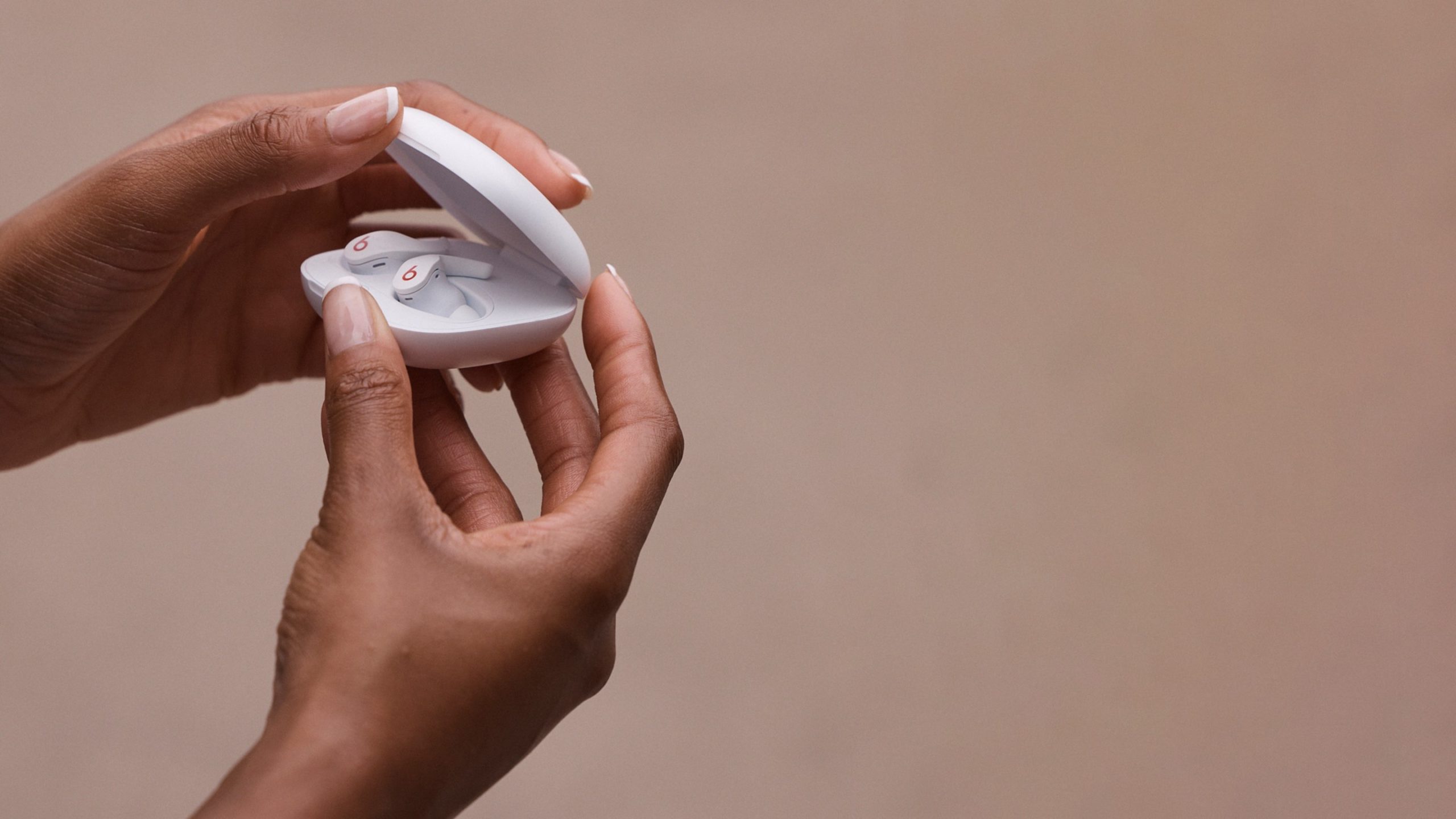 When considering the Beats Fit Pro vs AirPods Pro, the biggest difference comes down to price. Beats offering is $50 cheaper, coming in at $199, while the AirPods Pro still retails for $249. Both of these earbuds include all of the “Apple Magic” courtesy of the H1 chip. This includes things like Automatic Switching, Spatial Audio, and more.

But another big reason why you might want to consider the Beats Fit Pro is the design. Instead of relying on a stem to help keep your earbuds in place, the Beats Fit Pro offers a more traditional earbud design while using flexible wingtips. These wingtips rest in the outer edges of your ear, aiming to keep them in place while being flexible and comfortable enough to wear for long periods of time.

The battery life between these two sets of earbuds is essentially the same when you look at the total package. But even with ANC enabled, the Beats Fit Pro has an advantage, as these are rated for up to six hours of listening time on a single charge. This is a bit longer than the 4.5-hour rating offered with the AirPods Pro. Total battery life for both of these is rated for 24 hours, so there’s no real difference in the long run.

Another checkmark for the Beats Fit Pro comes via the new Skin-detect Sensor. This was first introduced with the recently-released AirPods 3, and is now available with the Fit Pro. As for the AirPods Pro, Apple relies on an optical sensor that works pretty well but falls a bit short of the new sensors.

Finally, after price, the next biggest reason to consider the Beats Fit Pro has to do with Android compatibility. With the AirPods Pro, you are able to pair the earbuds just like any other set of Bluetooth headphones. However, you aren’t provided with any way to control the ANC or Transparency levels, which obviously isn’t the greatest experience.

Meanwhile, the Beats Fit Pro can be customized and adjusted with ease, along with installing software updates, thanks to the Beats app on the Play Store. This same app is also on iOS, but the fact that it’s available on Android and provides the ability to adjust different aspects of the headphones is a big win for compatibility. 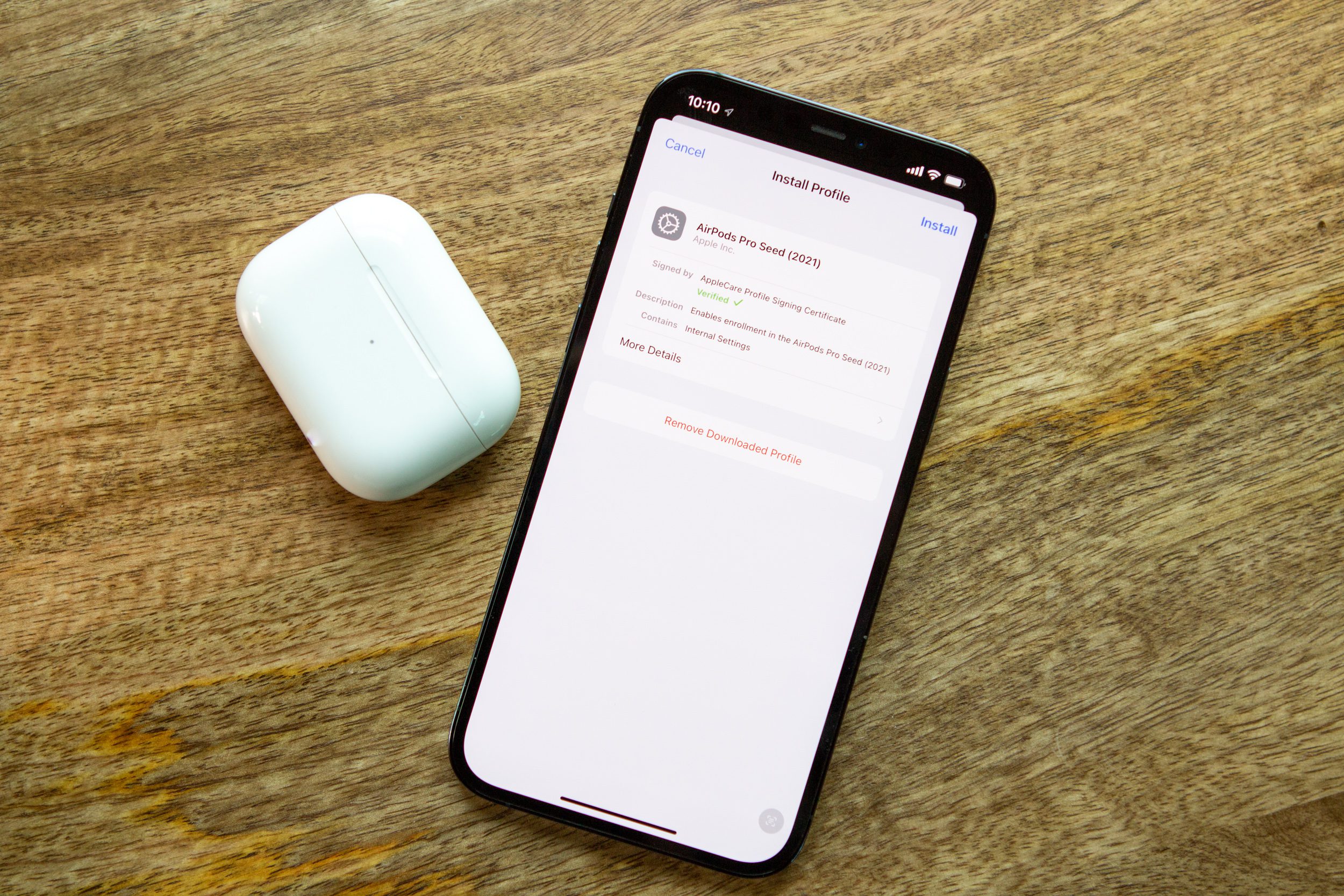 As someone who owns more pairs of in-ear headphones than one would like to admit, the AirPods Pro continues to be my “go-to” option. The whole premise of “they just work” is so true, since most of the time, I’m using a Mac, iPad, or iPhone. ANC is divine, the case is small and compact enough to throw in the change pocket of my jeans, and I even use third-party foam ear tips to help keep the seal in my ears.

The battery life has also been pretty solid, and continues to be, even after owning them since they were originally released. With the addition of features such as Spatial Audio, these little earbuds are still quite incredible.

But the biggest problem is the fact that I do switch between my iPhone 13 Pro and various Android devices. Pairing the AirPods Pro with Android is easy enough, but there are no controls and it’s a frustrating limitation that I wish Apple would fix by now.

Moving past that, the AirPods Pro still offers a few extras that the Beats Fit Pro don’t. For one, wireless charging comes standard with the AirPods, and after announcing the AirPods 3, Apple has started including the new MagSafe charging case. Meanwhile, the Beats Fit Pro is limited to only being charged using USB-C, which feels like it was done intentionally to meet the lower price point.

Other than that, it’s pretty much a coin flip as to whether you should buy the Beats Fit Pro vs AirPods Pro. 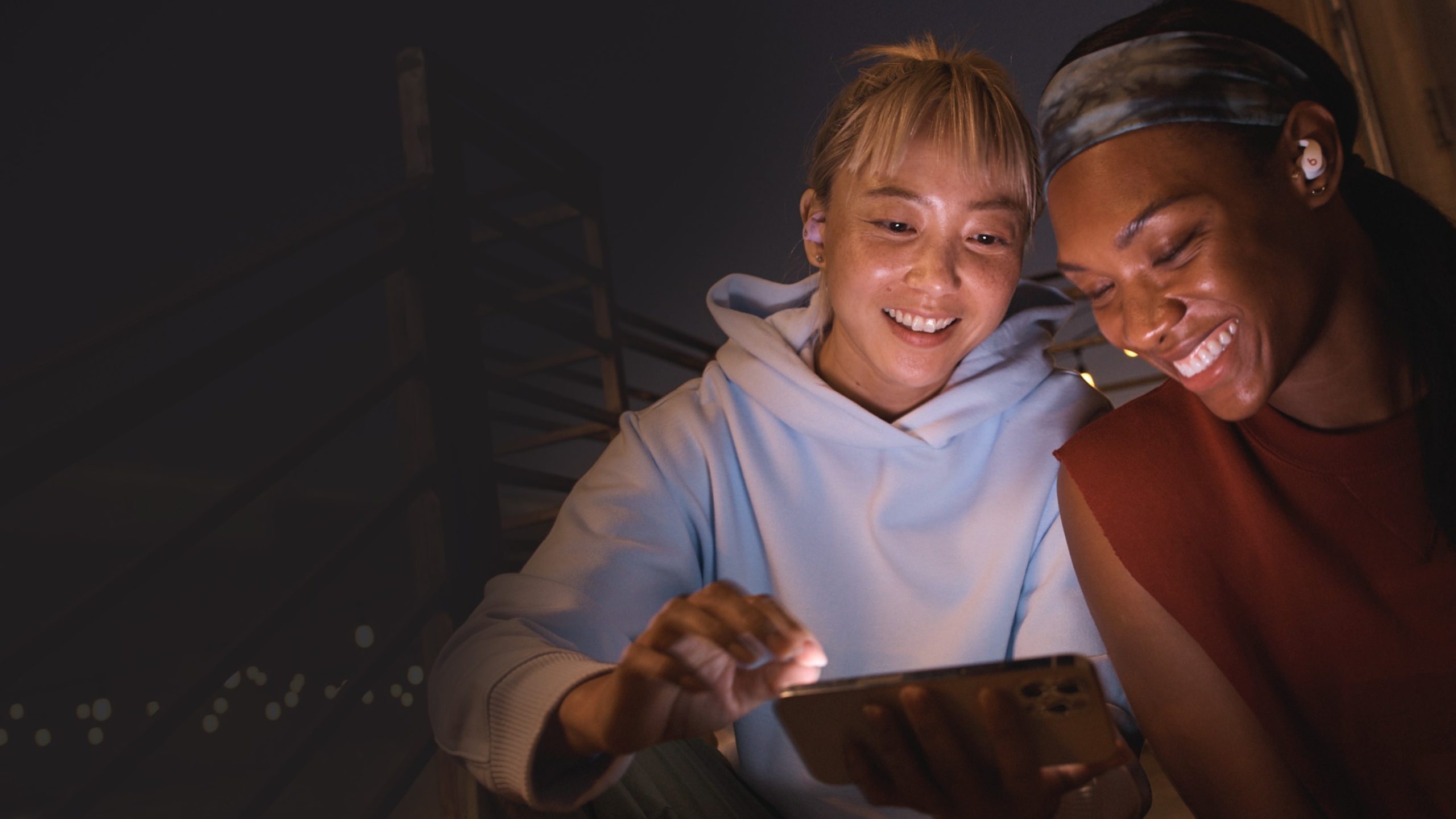 Take all of the main features of the AirPods Pro, throw them into a different design, and slap the Beats logo on it, and that’s what you get with the Fit Pro. For $50 less, you can enjoy automatic device switching, Apple’s H1 chip for connectivity, Active Noise Cancellation, Spatial Audio, and a comfortable design.

That’s not to say that the AirPods Pro shouldn’t be considered, as these are still arguably the best earbuds on the market. There are some that will claim that it’s been too long and you should wait until the next generation is released. Unfortunately, there’s no indication as to when that will be, so your best bet is to just go with the option that you think will work best for you.

We’re awaiting the arrival of our Beats Fit Pro to really see how these two stack up, but it definitely looks like Beats (and Apple) might have a big winner on their hands.