You are here: Home / iPhone / How to Set Up an iPhone SE as a ‘Light’ Phone, And Why You’d Want To

Over the last couple of weeks, Apple has sold iPhone SE models at a significantly reduced price point on its clearance webpage.

And when we say significantly reduced, we mean it. A 32-gigabyte iPhone SE only cost $249. Unsurprisingly, the available models sold out pretty quickly in both clearance sales.

While that’s likely an indication of demand for a budget-priced iPhone, it’s also a good opportunity to talk about the iPhone SE and its purpose in 2019.

The iPhone SE is the Perfect ‘Light’ Phone

The iPhone SE isn’t a new device by any means. It packs the same internals as the iPhone 6s — originally released three years ago — into Apple’s undeniably aging 4-inch form factor.

But that, perhaps, is the beauty of it.

Smartphones across the spectrum are getting bigger and more powerful. And we’re spending a lot more time on them.

That seems to have been the catalyst for a new type of device: dumb phones.

Devices aimed at the “digital wellbeing” sphere are hitting the market. All of them, like the recently debuted Palm Phone, are smaller, less capable, and specifically made to get you away from your primary smartphone.

Do they do a good job at that? Sure. But the iPhone SE does one better.

While its processor and internals are three years old, the iPhone SE is still a perfectly capable device. That’s especially true if you’re just using it for calling and basic text messaging. 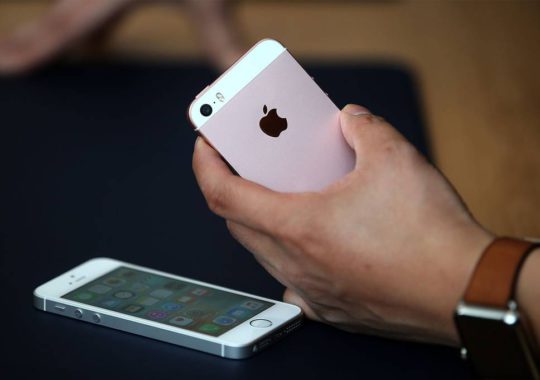 But it’s still a smartphone, and it comes with all the perks of iOS and a robust App Store. If you happen to need a particular app in a pinch during a “digital detox,” you can hop on the App Store and download it.

The iPhone SE is also arguably the best form factor for a secondary device — it’s lightweight and extremely pocket-able. It’s also worth noting that the $249 price point is a lot cheaper than the $350 that Palm is charging for their dumb phone.

Because of these reasons, we strongly recommend the iPhone SE as a secondary phone if you’re in the market for one.

Why Should You Do This?

For the most part, we don’t know how damaging all the time spent on our devices really is. But what we do know doesn’t look good.

Excessive smartphone or social media usage can be linked to anything from poorer sleep to neck pain to worsening mental health.

Even if we don’t have any of those symptoms, most of us can stand to spend less time on our devices.

That’s the whole purpose of a dumb phone. It’s a device you pop your SIM card in during the weekends to get you away from social media, work emails, and other facets of living in the digital era.

And while you can spend extra money on a bespoke light phone, it’s currently more economical (and arguably smarter) to just buy an iPhone SE on clearance or used.

How to Set Up a ‘Light’ iPhone

There isn’t one way to set up a secondary smartphone, just tailor it to your own needs and preferences. With that in mind, here are some useful tips.

We hope that you found this short article useful. Please let us know in the comments below if you have any questions or comments.