It’s been just about one month since the iPhone 14 was launched by Apple, and now, a few weeks later, we have hands-on experience with these new devices. And in this post, we’re going to be covering the key differences between the iPhone 14 vs iPhone 14 Pro.

While the difference between Apple’s standard and Pro devices is usually pretty clear, it wasn’t so much the case in 2022. This year, it can be a little more difficult than useful to understand what makes the iPhone 14 Pro the more powerful, expensive option.

So to help, here’s a quick list of all of the big differences between these devices.

Perhaps the biggest difference when comparing the iPhone 14 vs iPhone 14 Pro is the Dynamic Island. Yes, the name is a bit silly, and people have already been poking fun at it since the launch of the iPhone 14 Pro.

Still, I have to say that this feature is pretty cool! Essentially, Apple has moved the “Notch” (the black area at the top of the iPhone where the Face ID tech and cameras are stored) further down the screen just a bit. It’s now a pill-shaped black oval. 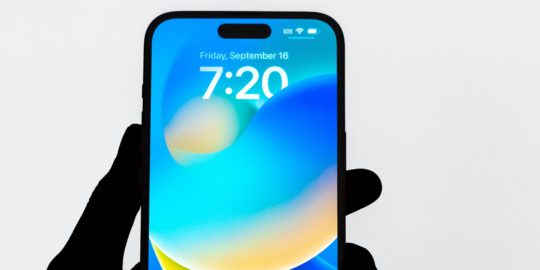 But that’s not what makes the Dynamic Island so cool. It’s the fact that it’s part of the UI. That’s right – the Dynamic Island animates, stretching, shrinking, and displaying all kinds of different information as you use your device.

While it’s not a “must-have” feature, it’s certainly very neat and was the deciding factor in me choosing the Pro over the standard iPhone 14. It’s a fun and innovative feature, and if it looks like something that’s up your alley, then it might be worth upgrading.

The specced up cameras

A much more standard reason to go with the Pro in the iPhone 14 vs iPhone 14 Pro debate is the immensely specced up cameras. While the average photographer (myself included) may not notice a huge difference between the Pro’s cameras and the standard iPhone 14’s cameras, photographers definitely will.

The iPhone 14 Pro has three cameras, which is one more than the iPhone 14. And these three cameras give you better picture quality, more physical zoom, and better performance in macro and nighttime settings.

I wouldn’t consider this a dealbreaker for the average user. But if you’re someone who makes a living from taking photos or videos, or you’re simply an enthusiast, then this can make a big difference in your daily usage.

That’s right. For the first time ever, Apple has gone ahead and given the iPhone an always-on display. Unfortunately, it’s only available on the iPhone 14 Pro, which is why we’re covering it in this iPhone 14 vs iPhone 14 Pro post.

For those that don’t know, an always-on display is exactly what it sounds like. The iPhone 14 Pro will dim the display whenever you lock it instead of turning the display off. It’ll also disable some animations.

This way, you can still see the time, check timers, and glance at notifications while your iPhone 14 Pro is resting. This does, understandably, drain your battery quite a bit. But for many, it’s worth the trade-off.

Again, I wouldn’t consider this a dealbreaker for most users. It’s more of a novelty for me personally, but it’s worth pointing out since this has been a long-requested feature from Apple.

Stainless steel and frosted glass vs aluminum and glossy glass

Next is probably the most mundane feature in the iPhone 14 vs iPhone 14 Pro conversation, but it’s still a pretty big difference. The iPhone 14 and 14 Pro are made of different materials. 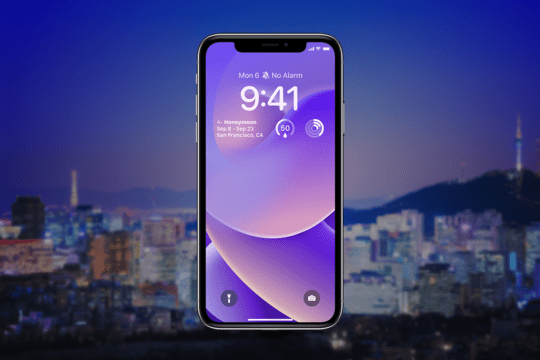 The standard iPhone 14 is made of aluminum and glossy glass. This makes it a bit easier to grip than the Pro as it isn’t so slippery. However, it also means it’s more prone to scratching and dents, and it isn’t quite as “fancy” looking.

The iPhone 14 Pro, on the other hand, is made of stainless steel and frosted glass. The stainless steel is very shiny and sleek, and has grown on me much more than I expected it to. The frosted glass, though, is just alright. It looks a little more premium, but as mentioned, it makes the iPhone incredibly slippery.

You’re probably going to be keeping either of these phones in a case anyway, but for those that like to show off the material that their iPhone is made of, you may want to opt for the Pro.

Another fairly minor point in this list of iPhone 14 vs iPhone 14 Pro differences is that the Pro has a higher storage limit. It can go up to 1TB of internal storage, while the iPhone 14 caps at 512GB.

That may sound like a big difference, considering it’s double the amount. But in reality, it’s an iPhone. You probably are never going to use up a terabyte of storage. Not to mention that iCloud storage makes this conversation far more moot.

Still, for those who prefer on-device storage over the cloud and need to max out their storage, the 1TB option is nice. It’s just not even close to a necessity for most users. If you’re wondering how much storage to go with, I’d recommend 256GB. It’s roomy without being too pricey.

The iPhone 14 has more colors

One advantage that the iPhone 14 has in the iPhone 14 vs iPhone 14 Pro debate is its color options. The iPhone 14 Pro is limited to just four colors, and they’re not very exciting. Silver, black, gold, and purple are the options. I have the purple Pro and love it, but the rest of the colors are nothing to get excited about in my opinion. 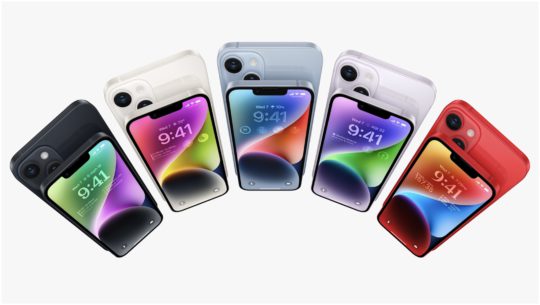 The iPhone 14 also offers purple as an option, as well as blue, midnight, starlight, and Product RED. That’s one extra color option, and none of these options are as boring as silver. Midnight is your classic black, starlight is a faintly-gold white, and blue and purple are both pastels. The red option is very rich and nice on the eyes.

I don’t know why Apple always sticks to “boring” colors for its Pro devices, but the iPhone 14 is no exception. If you want something more fun, then go with the iPhone 14.

An improved processor in the iPhone 14 Pro

Nearing the end of our list of iPhone 14 vs iPhone 14 Pro differences is the processor. Oddly, the iPhone 14 still uses the A15 chip. So it isn’t much of an upgrade over the iPhone 13, which is strange and unfortunate.

The iPhone 14 Pro, on the other hand, did receive a new processor. It has the A16 processor, which is new and more powerful than the previous generation of iPhone Pros.

That said, both of these phones are sure to run great. Apple’s processors are super solid and generally last several years without showing their age. So I wouldn’t consider this a real selling point for anyone, honestly. Just something to point out.

That might not sound like a big deal, but trust me, if you’re upgrading from an iPhone to an iPhone Pro, you’ll notice how much smoother everything looks. It might not be a dealbreaker, but it’s a great bonus for those who end up choosing the iPhone 14 Pro.

iPhone 14 vs iPhone 14 Pro: Which one should you go with?

So, with those iPhone 14 vs iPhone 14 Pro differences out of the way, you may still be wondering which one you should go with. Well, I do have some insights for you, though it will of course come down to your own preferences and budget.

In my opinion, you should go with iPhone 14 Pro if you’re excited about the Dynamic Island, enjoy taking photos, and are planning on keeping the phone for two to three years. Also, it helps if you have a device in good condition to trade in. I was able to get the Pro for a very low monthly fee this way. You can check with Apple or your carrier to see about this.

On the other hand, I would go with the iPhone 14 if you’re just looking for an upgrade. Your old iPhone is failing you, the battery is giving out, it’s running out of storage and starting to stutter when you use it. If you’re in this boat, then the iPhone 14 will give you plenty of bang for your buck.

Plus, you’ll want to consider if you’re going to be grabbing the Plus/Max version of these phones. That will change the price considerably, so it’s another aspect to consider when weighing these phones against each other.

But those are just my thoughts! Only you can decide which device is right for you. Let me know in the comments below which one of these iPhones you’re going to go with.