You are here: Home / Apple Services / All of the new features in HomeKit to take your automation to the next level 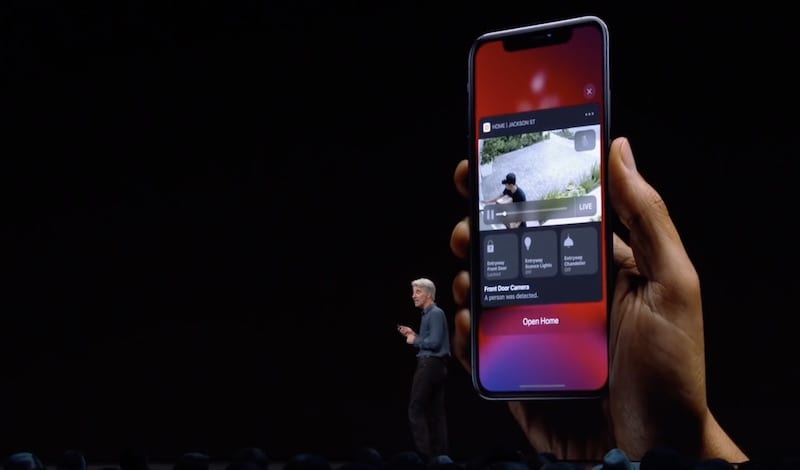 Apple’s HomeKit home automation platform is getting a slew of significant changes this fall alongside the company’s standard annual updates of iOS 13 and iPadOS.

While it isn’t a standalone operating system along the lines of iOS or macOS, Apple is still updating HomeKit with several new features that will take your home automation to the next level.

Here are the features you can expect.

Apple’s has increasingly expanded its focus on privacy in the past few years. And this fall, Apple is introducing a new feature to HomeKit that will make home cameras much more private and secure.

It’s called HomeKit Secure Video and it’s essentially a way for the HomeKit platform to process and store videos.

As long as you have a camera supporting HomeKit Secure Video, your camera’s feed will be automatically processed to the cause of motion — whether cars, pets or people.

HomeKit Secure Video will then encrypt your camera feed and send them to iCloud, where only the owner of the camera or invited guests can view them. That means not even Apple can see your security feeds.

That obviously seems like a reaction to news that other camera security companies had employees that could view private camera feeds. S if you’re concerned about your camera privacy, a HomeKit Secure Video camera will be a good option.

Here are some other quick facts about the platform.

Security cameras won’t be the only internet-of-things device getting an upgrade this fall. Apple is also making some major changes to router technology.

At WWDC, Apple announced that HomeKit-enabled routers will also be released down the road. These routers will sport a number of tangible privacy and security benefits over more standard wireless devices.

For example, HomeKit routers will automatically create a firewall between the devices on your network. That makes it much less likely for a single IoT device in your household to become part of a large-scale botnet attack.

Users will also have the final word on which devices are able to communicate each other — or with a third-party server through the internet. There aren’t currently any routers that support HomeKit, but LinkSys, eero and Charter Spectrum have all announced that HomeKit routers are coming.

In addition to HomeKit Secure Video and HomeKit routers, Apple is making a slew of other changes to its home automation platform. That includes updates to the Home app and the underlying HomeKit API.

While HomePod isn’t required to create a HomeKit-enabled home, it’s probably a popular automation hub choice for those deep in the Apple ecosystem.

Because of that, it’s worth going over some of the upcoming upgrades to the HomePod firmware. There are some major additions here.

When can I get these updates?

Many of the additions and changes to HomeKit and the Home app are included in the upcoming iOS 13 update.

While Apple hasn’t announced a specific release date, iOS 13 should launch shortly after a keynote announcement event sometime in September.

You actually try out some (but not all) of the features now by downloading one of the iOS 13 betas. But, as always, we don’t recommend that you do so on your daily driver devices.