You are here: Home / iPhone / Optimized Battery Charging not working? Keep these things in mind 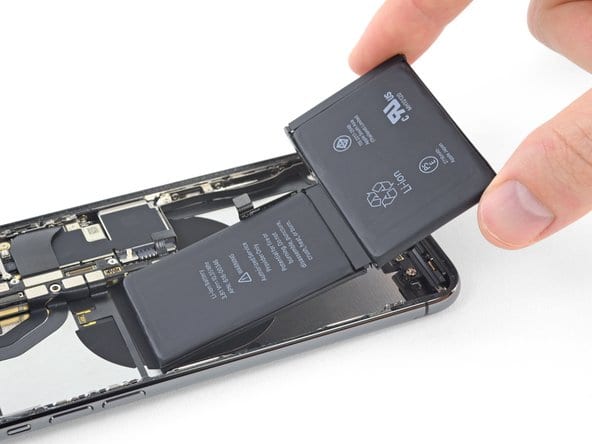 One of the smaller features of iOS 13 was still welcomed by many iPhone owners, since it could theoretically prolong the lifespan of their devices. We’re talking about Optimized Battery Charging.

What is Optimized Battery Charging?

If you need a quick refresher, Optimized Battery Charging is a new feature in iOS 13 that should help reduce wear and tear on your iPhone’s battery over time — essentially prolonging its lifespan and battery health.

It does so by analyzing your nightly (or daily) charging habits and adapting the charge cycle. The goal is to stop your battery from sitting at 100 percent charge for too long.

How does Optimized battery charging work on the iPhone?

Optimized Battery Charging, in theory, is a great way for Apple to help reduce the number of times an iPhone user needs to replace their battery.

It may particularly come in handy for users who hold onto their iPhones for extended lengths of time. For those users, battery health is extremely important since no on wants to replace their battery every year.

With that being said, it appears that Optimized Battery Charging isn’t really working for a not-insignificant number of users.

According to those reports, the feature will not stop or start charging at the appropriate times. Other users claim that the feature doesn’t do anything at all on their devices.

So what’s going on? Let’s get to the bottom of it.

A few things to note

Part of the confusion about Optimized Battery Charging is that there isn’t a lot of official information about it from Apple. The Support Document for the feature, for example, explains what it does but doesn’t really go into detail about how it works. Apple does provide a detailed guidance around maximizing iPhone battery life on this article on their site.

But based on a number of user reports, we’ve been able to piece together the following tidbits of information.

At this point, it seems like Optimized Battery Charging is working perfectly fine for many users, but isn’t working at all for just as many.

The reason for that? It looks like the feature actually requires a consistent schedule to work. For example, if you wake up every day at 7 a.m., then Optimized Battery Charging will know to resume charging an appropriate amount of time before you get up.

This is, obviously, inconvenient for users who don’t work on consistent schedules. And unfortunately, it doesn’t seem like there’s any sort of workaround to get it to work.

That being said, this is a pretty glaring oversight of the feature. So Apple may improve its algorithms and add support for inconsistent schedules down the road.

It takes five days for it to learn a new routine

So there are limits to the type of “routine” that Optimized Battery Charging can learn. But what happens if you have a consistent routine and you eventually need to change it?

There’s a contingency for that, apparently. In its support documentation, Apple doesn’t specify how long it takes for Optimized Battery Charging to learn a new routine. But we do have an idea, thanks to an Apple Support representative

One Reddit user asked Apple Support for help concerning the feature on their device. In response, the Apple Support technician sent this sent back to them.

While this hasn’t been officially confirmed by Apple, it’s the next best thing to a firm answer. Optimized Battery Charging takes five full days to learn a new routine.

You may need to use stock chargers

While we can’t independently confirm this, it seems that some users are having issues

with Optimized Battery Charging because of the charging brick that they’re using.

For example, one user said that the feature works fine with the standard 5W charging brick that was included in their iPhone. It won’t work for them, however, when they used the 10W iPad charger.

This is probably a bug with the feature itself (which we’ll get to below). But if Optimized Battery Charging isn’t working for you, you may want to experiment with your charging setup.

If you’re using wireless charging, try standard wired charging. If you’re using some type of third-party charging accessories, try out first-party Apple gear for a while. Just see if there’s something in the charge chain affecting it.

It may just be buggy

There’s also a good chance that Optimized Battery Charging is simply really buggy in iOS 13, which is itself a fairly buggy release compared to past versions of the operating system.

For example, we’ve seen plenty of reports of Optimized Battery Charging causing battery drainage, in addition to the aforementioned issues with it working in the first place.

It appears that many users who are asking Apple Support for assistance regarding the feature are getting a response back indicating that Apple wants to “collect information” about it.

In other words, it looks like something isn’t really working as intended with Optimized Battery Charging. Apple didn’t anticipate that — so now it’s working to change it.

Even if Optimized Battery Charging is working perfectly for you, don’t expect the feature to work miracles. When working as intended, it’ll help prolong your iPhone’s battery — but it won’t stop it from degrading entirely.

If you’re particularly concerned about keeping your iPhone’s battery in tip-top shape, there are some additional steps you can take, too.

Of course, at the need of the day, don’t stress about your battery’s health too much. Your iPhone’s battery is going to degrade eventually. The best you can hope for is to delay it for a bit.

Have you tried the optimized battery charging feature out yet since it was released with iOS 13? What has been your experience? What do you think Apple should do to make this feature better and more useful in future? Please sound your comments below.