Yesterday was Apple’s California Streaming event, where we got a look at the new iPhone 13, Apple Watch Series 7, and a new iPad. But there was a big update for a small product, too, that had most of my attention: The 2021 iPad mini.

Apple has a few product lines that it seemingly forgets about for years at a time, leading everyone to wonder if that product will ever see an update. The Mac mini, Mac Pro, and iPod have all faced uncertain fates.

The iPad mini is among them! It’s a niche product, being smaller and more expensive than the standard $329 iPad. And yet, every few years, the iPad mini gets a breath of life.

In this post, we’ll cover everything you need to know about the 2021 iPad mini, including how much it costs, when you can buy it, and whether or not you should.

What is the new iPad mini?

For those that don’t know, the 2021 iPad mini is a palm-sized iPad. It can fit in your bag or possibly even a pocket, though it’s still considerably bigger than an iPhone.

Unlike the standard iPad, the iPad mini is a powerful device. Apple has always put high-performance internals in it, so it’s more of an “iPad Air mini” than an iPad mini.

The new iPad mini that Apple released at its California Streaming event sees a complete redesign that matches the current iPad Air and iPad Pro models. That means it has a bigger display, too, and the chip is newer as well.

This iPad mini starts at $499 for the 64GB with WiFi model, though you can bump it up to $799 by upgrading to 256GB of storage and adding cellular connectivity.

The iPad mini will start shipping on September 24th, 2021.

Everything new in the 2021 iPad mini

Alright, now that we’ve covered the basics, it’s time to get into everything new in the 2021 iPad mini. We’ve covered every detail below along with some insight so you can see what’s new and why it is or isn’t a big deal.

The new iPad mini gets a design overhaul

To me, this is by far the biggest and best news with the 2021 iPad mini. It’s gotten a complete design overhaul, and it looks great.

As mentioned before, this design update brings the current iPad Air and iPad Pro design to the iPad mini. Not only does this design look and feel great, but it’s also in line with the rest of Apple’s design language. 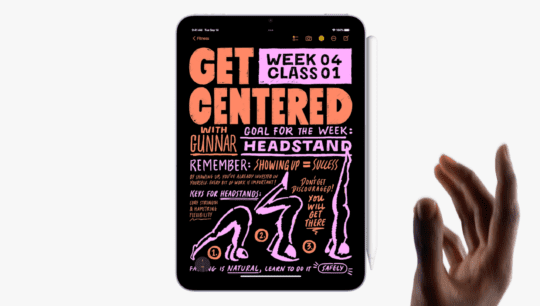 Anyone who’s been paying attention has likely noticed that Apple is changing the design expression for all of its products. More colors, flatter edges, magnets, and an overall lighter vibe.

The result is that each of Apple’s products is starting to look like the same product in a different size. I recently purchased one of the new M1 iMacs (review coming soon!), and my partner remarked that it looked like a huge iPad on a stand. I think that’s exactly what Apple is going for, and I have no complaints.

The colors of the new iPad mini are… ok?

The one aspect of this new iPad mini’s design that I’m a bit underwhelmed by is the color options. It only comes with four: 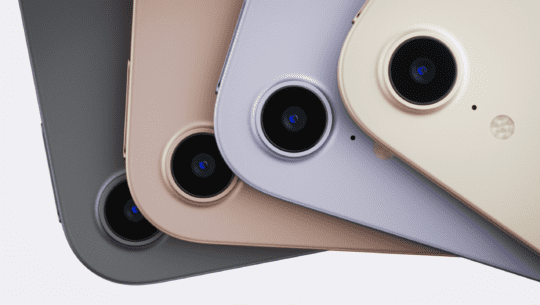 I don’t know about you, but I’m pretty sick of Space Gray. And Starlight just looks like a pale gold color with a new name, though it’s hard to tell without seeing it in person.

The Pink and Purple do look pretty good, but I would’ve liked more vibrant colors instead of Starlight and Space Gray, like green, blue, yellow, or red.

The screen is bigger and better

Part of the 2021 iPad mini redesign is that the Home Button has been removed and the bezels pushed towards the edge of the screen. And that means that the display is bigger and better than ever.

The iPad mini has an 8.3″ screen, which is about a half-inch bump from its predecessor. While that might not sound significant, seeing this in the hand is a bit mind-blowing. It looks so comfortable to hold while also having a lot of screen real estate, something that none of the other iPad models have nailed in my opinion.

The resolution has improved a bit as well, though it isn’t substantially better than the previous generation. It’s a reasonable boost in performance, though nowhere near as nice as an iPad Pro display.

In short, the numbers don’t do it justice! This is a great handheld screen.

Other quality-of-life updates are the upgrade to the Apple Pencil 2 and the movement of Touch ID to the Power Button. There isn’t a Home Button anymore, so Touch ID is now on the same button that powers the device. 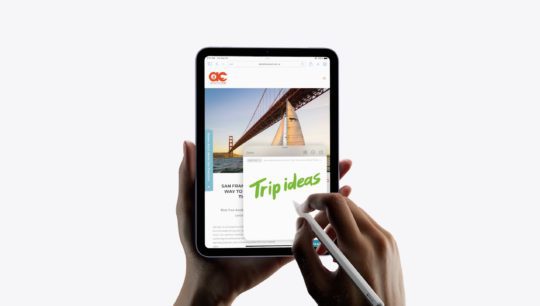 The 2020 iPad Air uses this same method and having owned that device for a year, I can assure you that Touch ID is just as good on the Power Button. It’s fast, accurate, and easy to use.

The Apple Pencil 2 can magnetize to the side of the 2021 iPad mini just like it can the Air and Pro. It’s nearly the same length as the iPad mini is, with a 2″ difference in length. That might make it easier to line up when magnetizing it to the device, though!

Fingers crossed that the standard iPad will eventually support the Apple Pencil 2. That way, no one will need to remember the difference anymore!

Alright, that’s all of the visual, surface-level updates. Now onto the internals, starting with the chip.

The 2021 iPad mini has been upgraded to the A15 chip, which is almost the same as the A15 Bionic that’s shipping with the iPhone 13. That means it’s more or less the latest and greatest mobile chipset Apple has to offer – so it’s pretty awesome.

The A15 chip has a 6-core CPU and a 5-core GPU, which combine to provide a 40% jump in CPU performance and an astounding 80% jump in GPU performance as compared to the previous generation. This will make this iPad mini far better for gaming, recording, and working.

The Neural Engine has also gotten some love from Apple, with a total of 16 cores. That makes this iPad mini twice as fast at executing machine learning features. This is useful for things like Siri, photography, and Live Text.

The previous-generation iPad mini only had a 4-core GPU and an 8-core Neural Engine. The CPU had 6 cores in both editions, though the enhancements to the A15 chip have still led to serious performance enhancements.

The new iPad mini is getting better cameras

The front and rear cameras on the 2021 iPad mini are both getting a sizable upgrade, though they still fall short of the iPad Pro lineup (and are nowhere near as good as the cameras on any recent iPhone generations).

The rear-facing camera is being upgraded from 8MP to 12MP, getting richer HDR, higher quality panoramas, improved aperture, and a True Tone flash. It can record in 4K, too. 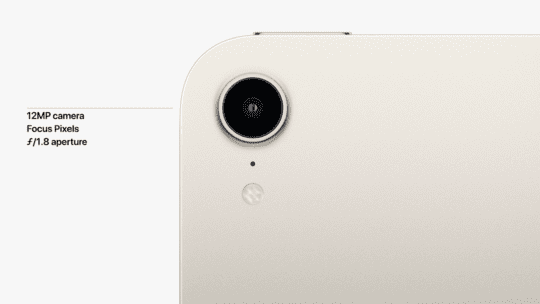 To put this in perspective: I would say that the previous generation of iPad mini took very utilitarian photos, while I think you could get some artistic and creative use out of this camera.

The front-facing camera is getting a huge spec bump too. It’s going from 7MP to 12MP and can now record in 60fps.

Most importantly, though, this front-facing camera is now an ultra-wide camera, which means it supports the Center Stage feature. This feature follows you around whenever you use FaceTime and other video calling apps.

Lastly, the 2021 iPad mini will have a USB C port instead of a Lightning port, and the cellular model will ship with 5G.

I still don’t think that most users have anything to gain by buying a 5G device. The tech is getting there, so you’ll technically be more future-proofed. But WiFi is so commonplace that most of you probably won’t need cellular.

And those who do live in areas where 5G development is being prioritized (i.e., urban areas) already have access to high cellular speeds. I’ve never had an iPad with cellular connectivity and I’ve never missed it. 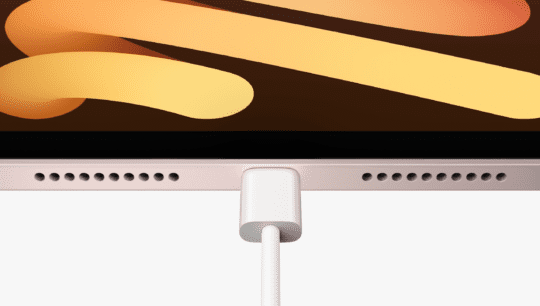 USB C, on the other hand, is a pretty important upgrade. I’m at a point now where the only devices I have that don’t use USB C are my Apple accessories and iPhone. If you haven’t made the switch to USB C yet, trust me, it’s worth it.

Who should buy the new iPad mini?

That brings us to the overarching question: Who should buy the 2021 iPad mini?

This is a tricky question to answer because of the price.

I think the iPad mini is the perfect size for entertainment. It’s fun to draw on, play games, watch shows, and read on the go. The standard iPad and iPad Air are a little too bulky for this, but the mini has just the right amount of screen to work with. 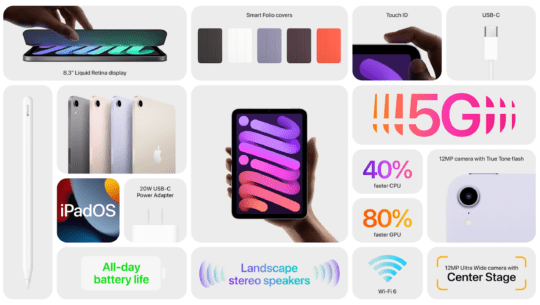 But the iPad mini isn’t priced like an entertainment device. It costs $499, which makes it feel like a work device.

I would push those who just want an entertainment device to grab the standard $329 iPad. It looks a little dated, but it has more screen and costs less. It’s perfect for relaxing, checking your email, and handing over to the kids to play games.

Instead, I would say that the iPad mini is best suited for people who want a small iPad Air. If you’re like me, then you just like smaller screens. I prefer the iPhone mini, the smaller MacBooks, and would grab this iPad mini if I didn’t already have the 2020 iPad Air.

Otherwise, I think the iPad mini is too pricey for most people. I have no idea why Apple doesn’t drop its price closer to $329. I’m sure there’s some internal reason for it at Apple HQ, but I don’t know it!

And that’s it! That’s everything there is to know about the 2021 iPad mini. It’s a solid product with a great design update. The pricing is just a little awkward – somewhere between being budget-friendly and a pro device.

Let me know if you plan on grabbing it in the comments below! For more news and insights into all things Apple, check out the rest of the AppleToolBox blog. We’re going to be covering the California Streaming event, so tune in!