You are here: Home / iPhone / The Best iOS Apps and macOS Apps: December 2022

Well folks, congratulations! You’ve made it to the end of another year, and now it’s time to celebrate with the holidays. That might mean spending extra time with your loved ones, pets, or taking care of yourself. It also might mean grabbing some of the best Apple gifts currently available. Or, maybe you’re looking for the best iOS apps and the best macOS apps.

That’s right, now that it’s a new month, we’re ready to dive in and look at more great apps. For those who are new to this series, this is a monthly series where we bring you eight of the best apps currently available on your devices.

What sets this series apart from other “best of” lists is that we make an effort to find apps you probably haven’t heard of before. These apps might be more obscure, developed independently, or underrated. Either way, we’re sure that there will be at least a few that you end up loving each month.

As always, I am not affiliated with any of these apps in any way. All opinions expressed in this post are my own.

The best iOS apps of December 2022

1. Sticky Timers and Countdowns: Set and customize multiple timers on your iPhone

First up on our list of the best iOS apps this month is Sticky Timers and Countdowns. Admittedly, we have covered a few apps over the years that fill in the same gap as Sticky Timers, but this is a newer app that brings new features along with it.

In essence, Sticky Timers is an app that allows you to have multiple timers running on your iPhone. For whatever reason, Apple still hasn’t added this feature to the iPhone (it is available on Apple Watch, though). 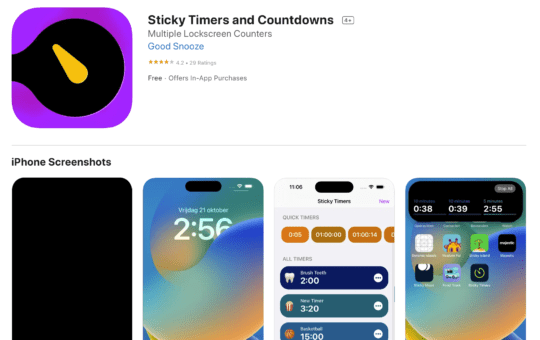 Anyway, Sticky Timers doesn’t just let you set multiple timers, but it sticks them right on your Lock Screen. This makes them super easy to keep track of and it blends them in with your regular timers.

This app also works with the Dynamic Island on the iPhone 14 Pro models, lets you customize the appearance of your timers, integrates with the Shortcuts app, and much more. And best of all, it’s free! Give it a look if you’re someone who wishes they could set multiple timers, and especially so if you spend a lot of time in the kitchen.

2. DecideOn – Who goes first?: Stop fighting over who goes first next time you play a game with friends

As a board game enthusiast, there is one challenge that comes up every time I sit down to play a game with my friends. That challenge is deciding who is going to go first! We can never remember who went first last time, and there’s always some discussion over who it’s going to be. 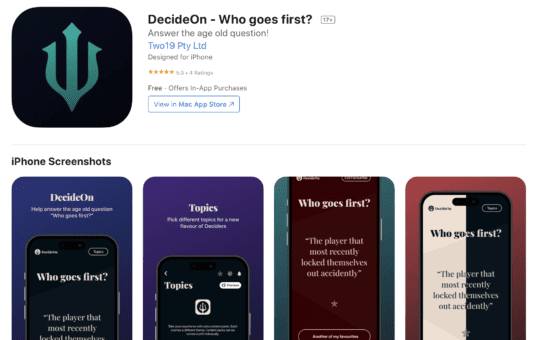 Luckily, there’s an app for that, and it’s one of the best iOS apps of this month. The idea is super simple: The app gives you prompts that decide who goes first. The prompts ask questions, like “Who locked themselves out of their car most recently?” Whoever qualifies as the answer is the person who gets to go first.

And that’s it! There are different packs that you can buy if you get bored with the free prompts. It’s a super cute and fun idea and perfect if you regularly host board game night with your friends.

3. Home+ 6: More powerful smart home automations with one of the best iOS apps

I’ve talked about the shortcomings of the Shortcuts app a lot here at AppleToolBox. And sadly, there hasn’t been much in the way of improvements over this year. That’s why, for this month’s best iOS apps, I’m going to be bringing you an app that improves upon the Shortcuts app, specifically for smart home automations. 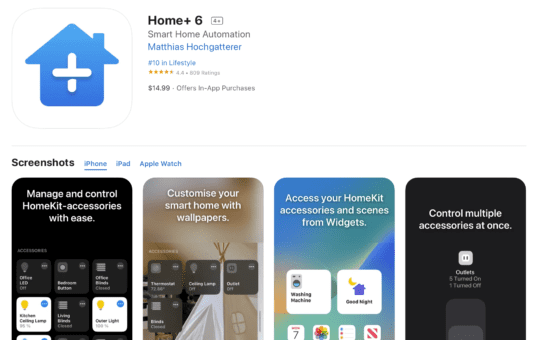 Home+ 6 is essentially an upgrade to the Home and Shortcuts apps on your iPhone. It comes with better suggestions, a generally better design, new abilities (such as simultaneously controlling accessories), widgets, and more.

It isn’t free, and at $14.99, it’s certainly pricey for an iOS app. For that reason, I don’t necessarily recommend this to the casual smart home user. But for those who are looking to get serious about their home automation and have a ton of devices to manage, this is a serious upgrade. It’ll give you access to what Apple’s default apps are missing. So check it out!

Also, if you’re looking to up your smart home automation game, check out this post and this post. They’ll give you some solid tips.

4. Smart Tools Pro: A Swiss Army knife for your iPhone

Last but not least on our list of the best iOS apps is Smart Tools Pro. This is an app I only discovered recently, and like a lot of apps in this series, I wish I had discovered it sooner. 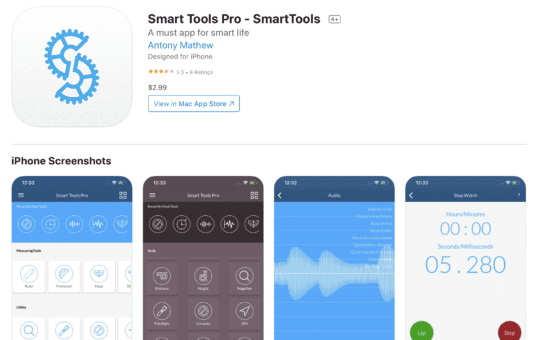 This is more or less a Swiss Army knife for your iPhone. Smart Tools Pro is packed with tools like calculators, rulers, a level, timers, magnetic field measurers, a protractor, and way more. All of these tools are useful and pretty straightforward to use.

And that’s pretty much it! There isn’t a lot to this app. It’s just $2.99 and packed with features and tools you’re sure to use. Definitely one of those apps you’d rather have and not need than need and not have.

The best macOS apps of December 2022

1. Shottr: Completely change the way you screenshot on Mac

If you’re like me, then you might be preemptively shrugging this one off. After all, screenshotting on Mac is actually super solid already. Far better than Windows, you can do a lot with the screenshots on Mac.

But I have to say, Shottr has so many cool features that it makes the Mac’s built-in screenshotting look amateur. Seriously, this app is awesome. 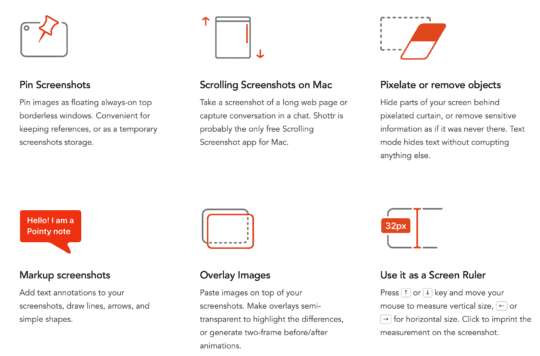 First, it’s simple, just like built-in screenshots on Mac. You won’t be fumbling around with the UI or anything like that – you’ll pick it up right away.

Second, the features in this are a bit mind blowing and incredibly useful. For instance, there’s a feature that lets you pixelate areas of your screenshots. Another feature lets you measure the space between UI elements in your screenshots. You can instantly redact information in a screenshot just by selecting it – no need to open an editor like Photoshop.

It can overlay multiple screenshots, recognize text, create scrolling screenshots, and more. And best of all, Shottr is completely free. So, yeah. No reason not to grab it RIGHT NOW and start using it.

The creator seems to be really invested in it as well, which is always great to see. They have a poll on the front page of the Shottr site where you can vote for which features you’d like to see next. There are also tutorials and tips on the front page for using the app.

Again, check this one out!

I’ve covered a few browser pickers in the past, and in this month’s best macOS apps, we’re going to be looking at another one that I feel deserves some attention.

That app is Velja. For those that aren’t familiar with browser pickers, they’re simple apps that allow you to program certain links to open in specific browsers. 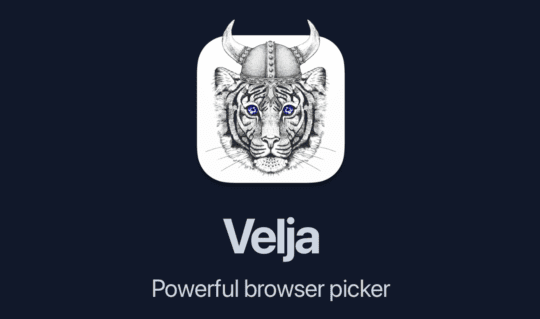 For instance, say your primary browser is Safari. But, you have to visit a website for work that only works in Chrome. Rather than manually opening Chrome each time and entering that link into the URL bar, Velja will instantly open that URL in Chrome whenever you visit it.

Better than that, though, Velja works across apps. So you can click links in your emails, messages, and more, and Velja will still open them in the browser that you’ve set. You can even set it to open links in apps that you choose, such as opening Zoom meeting links in the Zoom desktop app.

This app is completely free, so don’t hesitate to check it out! There are a lot of browser pickers out there, and this is definitely one of the best.

3. iTerm2: An upgrade for your Mac’s Terminal

Working in the Terminal on your Mac is something that we’ve covered quite a bit here at AppleToolBox. Whether you’re a programmer, hobbyist, or just someone who is curious about tinkering with your Mac, the Terminal is a powerful tool to have at your disposal.

But what if it was even more powerful? And better yet, more intuitive? That’s exactly what iTerm2 provides. It’s a replacement for your Mac Terminal that does more or less everything that your Terminal can do. But it can also do a little more, and it’s easier to use.

Like so many great apps for development, iTerm2 is free to use. You can donate to support its development, though, which I highly encourage you do if you end up enjoying and using this app!

Last but not least on our list of the best macOS apps is Vivaldi. This is an app I’ve only just heard about, but already, I can see that it has a lot of potential. Especially since many users have grown sour on Chrome due to recent changes with that browser. 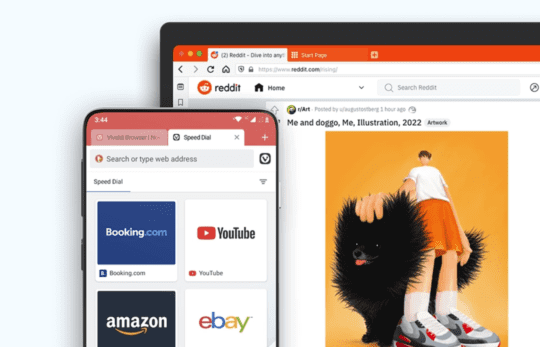 As mentioned, Vivaldi is a highly customizable, privacy-centric, feature-packed browser. You can configure it to function and look just as you like it, and you can use it without worrying that your data is being exploited.

Some of the built-in features include ad blocking, tracking protection, translation, support for Chrome extensions, Web Panels (i.e., you can overlay websites on top of other websites in a small panel), custom keyboard shortcuts, and a whole lot more.

You can download and start using Vivaldi for free, so definitely give it a shot if you’re looking for a new browser.

And that’s it! Those are the best iOS apps and the best macOS apps for this December. As always, I’m very excited by all of these apps and use a lot of them myself.

If I had to choose my favorites for this month, I’d go with Shottr, DecideOn, and Vivaldi. Let me know in the comments below which of these apps you’re planning on using!