You are here: Home / Apple Services / 10 Common problems with Apple Arcade and how to solve them

Apple is doing its darnedest to combat in-app purchases which limits many games from being “good”. With Apple Arcade and it’s $4.99 monthly subscription, you get access to over 100 solid games with some being better than others and not worry about in-game purchases.

Nonetheless, there are still some issues that have been plaguing Arcade subscribers.

We have found 10 of the most common problems, and have some fixes for all of them!

With devices like iPad’s, Mac’s, and Apple TV’s, chances are that you won’t be the only one playing Arcade games. However, Apple’s method for switching users is extremely annoying and convoluted, but here’s what you have to do: 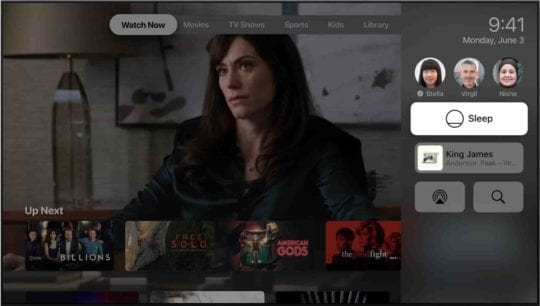 After you have signed in with your account, it’s easy to switch profiles. All you have to do is tap and hold on the Home button on your Siri Remote.The Control Center overlay will appear from the right side of the screen.

Below the time, you will be able to view all of the different users that have been added to your Apple TV. Using the touchpad, swipe between the users and select the one that you want to switch to.

Sync Data to and from Apple TV

Apple TV owners will want to jump on board with playing Arcade games, and luckily you can do so. The best part is that your game data will sync between any of the devices linked with your AppleID.

From time to time, there are some data syncing issues when starting up Arcade for the first time. However, the method for syncing data is annoying, but it definitely works.

This will help to force your Apple TV to sync any game data that was created on other devices.

Occasionally, you will run into issues downloading games from Apple Arcade. Whether it’s because a new game was just released, or there are some backend issues, it can be frustrating. 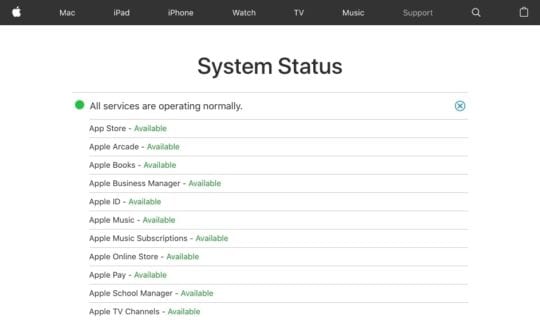 The first method that you will want to do is to check Apple’s “System Status” landing page. This will let you know whether there are any issues on the server side.

If everything is okay on Apple’s end, you may want to try and download the same game on another device or account. You can do this by grabbing your iPhone or Apple TV and attempting to download the game again. If the issue persists, sometimes a simple reboot will do the trick.

Family Sharing already offers many benefits for multiple users wanting to share content. Thankfully, Apple is making it easy to share your Apple Arcade subscription with anyone in your network.

In order to add members to your Arcade subscription, you will need to set up Family Sharing. In order to do so, the other user will need their own Apple ID, and then you follow these steps:

This will give access to your previously downloaded apps, but also shares the Apple Arcade subscription. The obvious benefit here is that you won’t have multiple $4.99 monthly subscriptions coming out. Something to remember is that you will be limited to six family members with Family Sharing.

Where is my Apple Arcade Game Data?

When it comes to your game data, there is some concern that you might lose all of your progress if you get a brand new device. However, Apple thought about this, especially with so many games being offered.

Since Arcade is tied to your Apple ID and Game Center accounts, all of your data is nestled safely in the cloud. That means that even if you delete a game and re-download it later, the game data will reappear.

Another benefit is that if you end up pausing/cancelling the subscription, your data is still saved. That way, when re-subscribe, it will still be available after the game is downloaded.

If you unable to find your game save data when you log into another Apple device with the same Apple ID, the best thing to do is to log out of your Game Center account and re-sign in. We have found that this sign-out/sign-in process helps in syncing of the Apple Arcade game data across devices.

Multiple Users on one Apple TV

Provided that you are subscribed to Arcade and have Family Sharing set up, you can have multiple users on one Apple TV if you are on tvOS 13.  Setting up these multiple users is pretty simple and straight forward.

Once you have signed in, you will have multiple Game Center accounts available. Then you can just switch between them whenever someone else wants to play some games.

If you have just signed up for Apple Arcade and are taking advantage of the free trial, there are a couple of things to note. First and foremost, the trial lasts for just 30-days and then you will be charged.

The second thing to keep note of is that if you cancel on day 15, the trial ends the same day. Meaning that you won’t get the full 30-day free trial of Arcade in the event that you don’t want to pay.

One thing you can do is to keep track of the date that you are signing up for the free trial. Then, head into your calendar app and add an event or reminder to cancel on day 29. This will you won’t get any accidental charges if you don’t want to keep the subscription.

Pro-Tip: You can continue playing some games even after the subscription ends if you keep the games open.

Apple Arcade not working with Controllers

With tvOS 13, you can now pair your favorite controller for Apple Arcade. These include the Xbox One Controller and Sony’s PlayStation Dual Shock 4. However, there are other MFi controllers that are also compatible.

Some users have run into issues when connecting multiple controllers and the reason is simple. Apple states the following:

“Make sure that you’re not trying to connect too many Bluetooth accessories at once. Apple TV 4K and Apple TV HD support up to two controllers at once, and other Bluetooth limits vary by device.”

At that point, you will want to disconnect previously paired controllers by following these steps:

Then you should have no issues pairing your new controller.

The problem with Apple Arcade if you own an Apple TV is that there is a bit of a limitation. That limitation is that it will only run on select devices with not much “legacy” support like iOS. 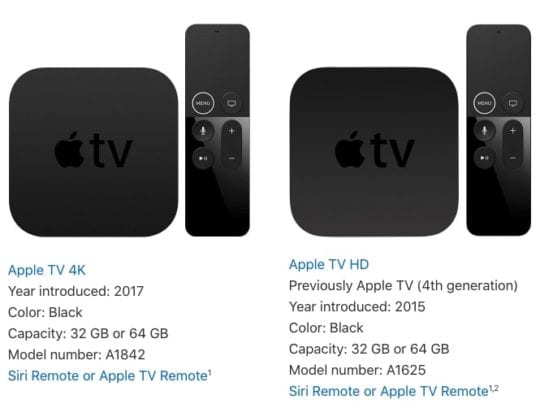 Here are the Apple TV models that will run tvOS 13 and support Arcade:

That’s it, only two Apple TV models can run tvOS. If you have something older, you will have to upgrade, or hold out for a new version to be released.

Apple Arcade is pretty awesome, and the fact that you can play it from your iPad, iPhone, Mac, and Apple TV is even more amazing. These are just some of the common issues that Arcade subscribers are running into.

For those who are having other issues, sound off in the comments and we’ll be sure to help. In the meantime, let us know how Arcade is treating you and if you’ve kept your subscription.