You are here: Home / Apple Services / Try these top 5 games to get the best Apple Arcade experience 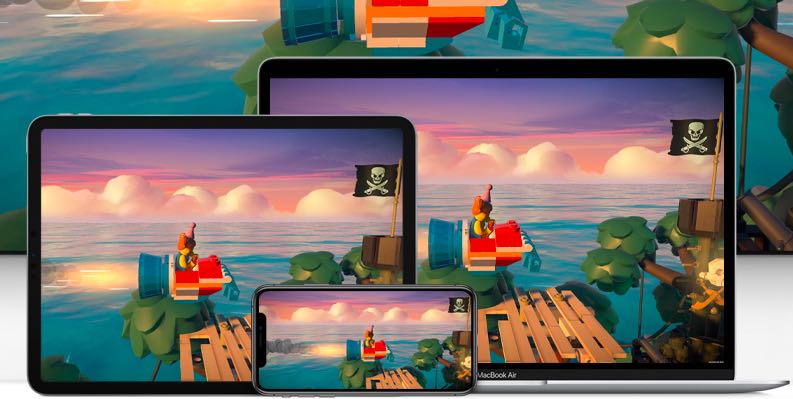 It’s iOS day, which means that not only do iPhone owners get the best of what iOS 13 has to offer, but also folks can start playing Apple Arcade. The company surprised beta-users by opening the floodgates a few days earlier than expected, but the move makes sense so that the servers weren’t overloaded on iOS launch day.

Considering the fact that there are more than 100 different games to choose from, it can be time consuming to go through and find the “hidden gems”. Luckily, we’ve taken the time to do just that, and have found five of our favorite games so far available through Apple Arcade.

It’s one thing for you to have a mini-golf game on your iPhone or iPad, but what about a game with a twist? That’s what you get with “What The Golf?” This game not only makes it possible for you to aim for the pin with a golf ball, but just about anything that you come across.

Cats? Houses? Clubs? Boxes? What about yourself? What the Golf? is an amazingly fun and addicting game that will leave you having tons of fun and not wanting to get back to work.

2. Oceanhorn 2: Knights of the Lost Realm

The original Oceanhorn was released back in 2013, and the company has released a successor on Apple Arcade with Oceanhorn 2. This RPG puts you in control of a young boy who wishes to become a Knight.

He goes through various training missions, in an effort to build and learn new skills on his quest. The best part about this for Arcade players is that you can either play Oceanhorn 2 with just your device, or with a connected controller.

Take the classic game of pinball, turn the ball into a Wizard and place that wizard at the base of a castle. That’s what you get with “The Pinball Wizard”, as you will have to beat each level on your way to the top of the castle. But this isn’t your local arcade’s pinball machine.

Nope, you’ll have to deal with various enemies, while collecting tokens to learn new tricks on your quest. Be prepared to spend hours trying to get past that annoying level with The Pinball Wizard.

The Monument Valley series of games are some of the most popular to ever hit the App Store. The developers of those games are back with a new game called Assemble with Care. This puzzle game forces you to fix various “older” technology gadgets, piece by piece.

Assemble with Care definitely was created with tinkerers in mind, but is easy enough to pick up and enjoy for just about anyone who wants a new challenge.

Mini Metro is another one of those games that has taken the mobile platform by storm and has become a “classic”. Dinosaur Polo Club, the developers behind Mini Metro, have launched a successor of sorts with Apple Arcade, named Mini Motorways.

Instead of laying down metro lines to get passengers where they need to go, you now lay down roads to get folks from home to work and everywhere in between. As you progress, you will have to end up dealing with bridges and a tarmac and more. Get ready to lose some hours with Mini Motorways.

Apple Arcade is now available for anyone on iOS 13 and comes with a 1-month free trial before shelling out the $4.99 subscription fee. Based off of what we’ve seen so far, that $4.99 will be a drop in the bucket when looking at the sheer number of quality games being made available.

Let us know what games you’ve found so far, and which has been your favorite? We want to hear about all those diamond-in-the-rough games that are not getting much fan fare as of yet.