You are here: Home / iPad / How To Use Xbox Cloud Gaming on iPhone, iPad, and Mac

With the industry constraints found on the next-gen consoles like the Xbox Series S/X and PS5, that has left folks turning elsewhere for their gaming needs. This has led to a rise in popularity in services like NVIDIA GeForce Now and Google Stadia, which provides cloud gaming options.

Being able to play in the “cloud” removes the need to have the best hardware just to play some great games. And while gaming is getting better on the Mac itself, it’s just not the same as gaming on a PC or Xbox. And with that, Xbox Cloud Gaming has officially arrived for iOS, iPadOS, and macOS users.

What is Xbox Cloud Gaming?

For the past three years or so, Microsoft has been working on a cloud-gaming service which was known as Project xCloud. Late last year, Microsoft officially launched this service as a competitor to Google Stadia, NVIDIA GeForce Now, and others.

But with the official launch came a rebranding, and xCloud is now known as Xbox Cloud Gaming. Many continue to refer to the service as xCloud for obvious reasons.

As for what’s possible with Xbox Cloud Gaming, this ties in with Xbox Game Pass Ultimate. Xbox owners are likely already familiar with Ultimate, as it includes access to Xbox Live Gold and a vast library of games. As of the writing of this post, there are more than 100 games available. This includes recently launched titles like MLB The Show 21 and many other AAA titles.

How to use Xbox Cloud Gaming 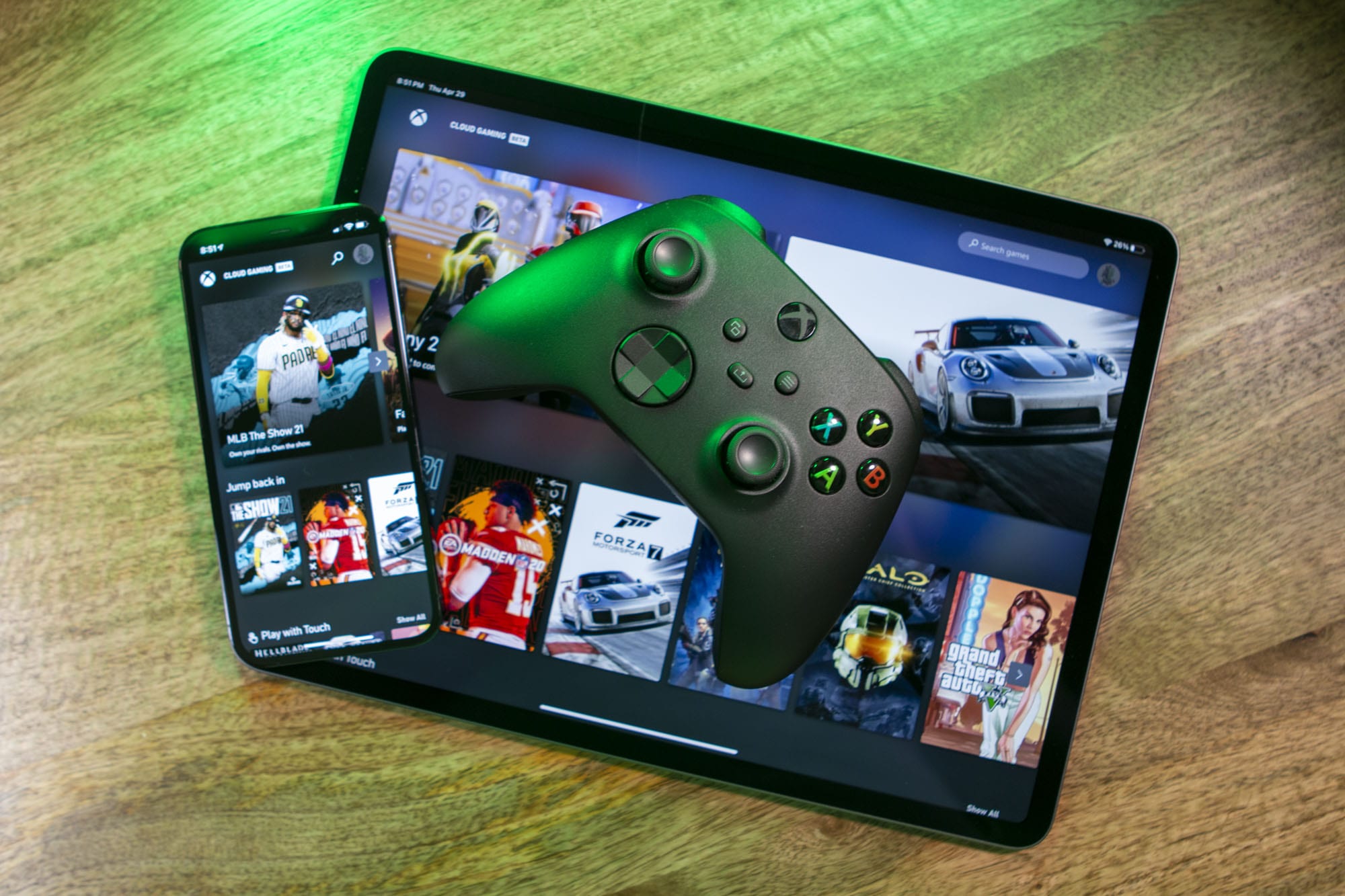 If you’ve been using Android for the past few months, you may be wondering what all the fuss is about. That’s because Microsoft’s Xbox division opened up its cloud gaming service to Android users late last year. Since Microsoft could release a specific app on the Play Store to provide access, the company had to pivot when it came to iOS/iPadOS support.

If you take one look at the current dispute between Epic Games and Apple, you’ll see why Microsoft wasn’t able to launch an app on the App Store. However, we’ve seen other cloud gaming services like NVIDIA GeForce Now and Google Stadia provide access in other ways. And this is where Microsoft had to pivot to, offering a Progressive Web App (PWA) instead.

But the awesome thing about this release of Xbox Cloud Gaming is that it’s also available for Mac and PC users. This allows you to play your favorite Xbox games from whatever device you own, regardless of what platform you are using.

Before jumping right in, there are a few requirements that Microsoft lists on its landing page. Here’s a breakdown of what you’ll need in order to take advantage:

There are a few potential hold-ups when it comes to interacting and playing these games. Not all games have been optimized to use touch-controls, nor have they been updated with support for a mouse and keyboard. This means that you’ll need a compatible Xbox controller or something like the Razer Kishi controller for your iPhone. Using the Kishi is a great option as it provides a no-latency connection compared to the Xbox controller which makes use of Bluetooth.

Use Xbox Cloud Gaming on iPhone, iPad, or Mac

So you follow all the requirements listed above, and just want to jump into your favorite game. There’s one more “hurdle” that needs to be overcome before you can start playing, as Microsoft is rolling this out in waves. The company has only just opened its limited beta program, seeding this to current Xbox Game Pass Ultimate subscribers. Emails have been rolling out, but it’s not available to everyone just yet.

In the event that you have received your invitation, here’s how you can get started on each platform.

Use Xbox Cloud Gaming on iPhone or iPad 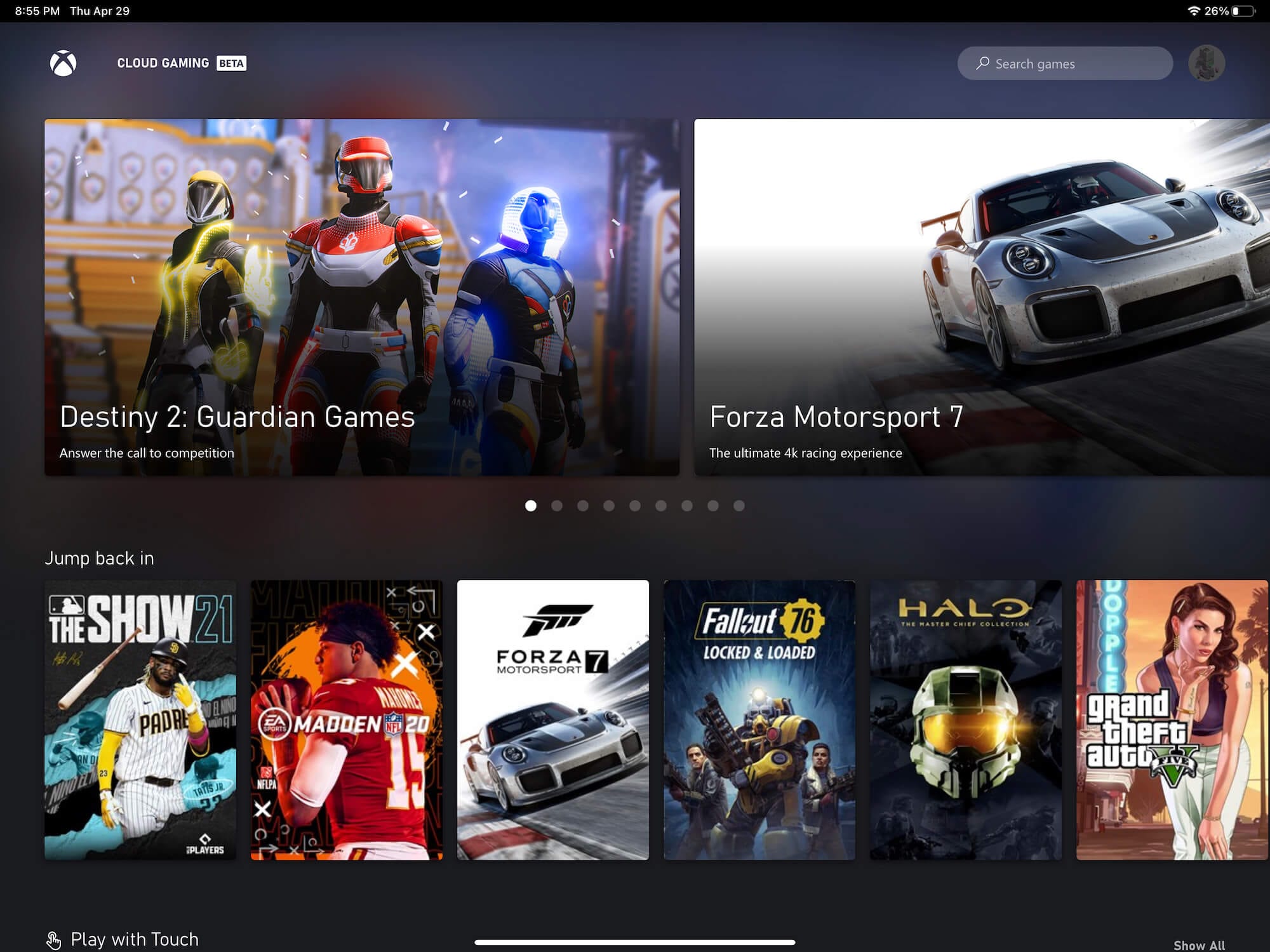 Before you get started, you’ll want to make sure that your Xbox controller is properly paired to your iPhone or iPad. Here are the steps that you’ll need to take in order to pair your controller:

Now that you’re controller is paired with your iPhone or iPad, it’s time to get started with Xbox Cloud Gaming.

We’ve mentioned that Microsoft is making use of a PWA to provide access. And the great thing about this is that you can add it to your Home Screen just like it was any other app. 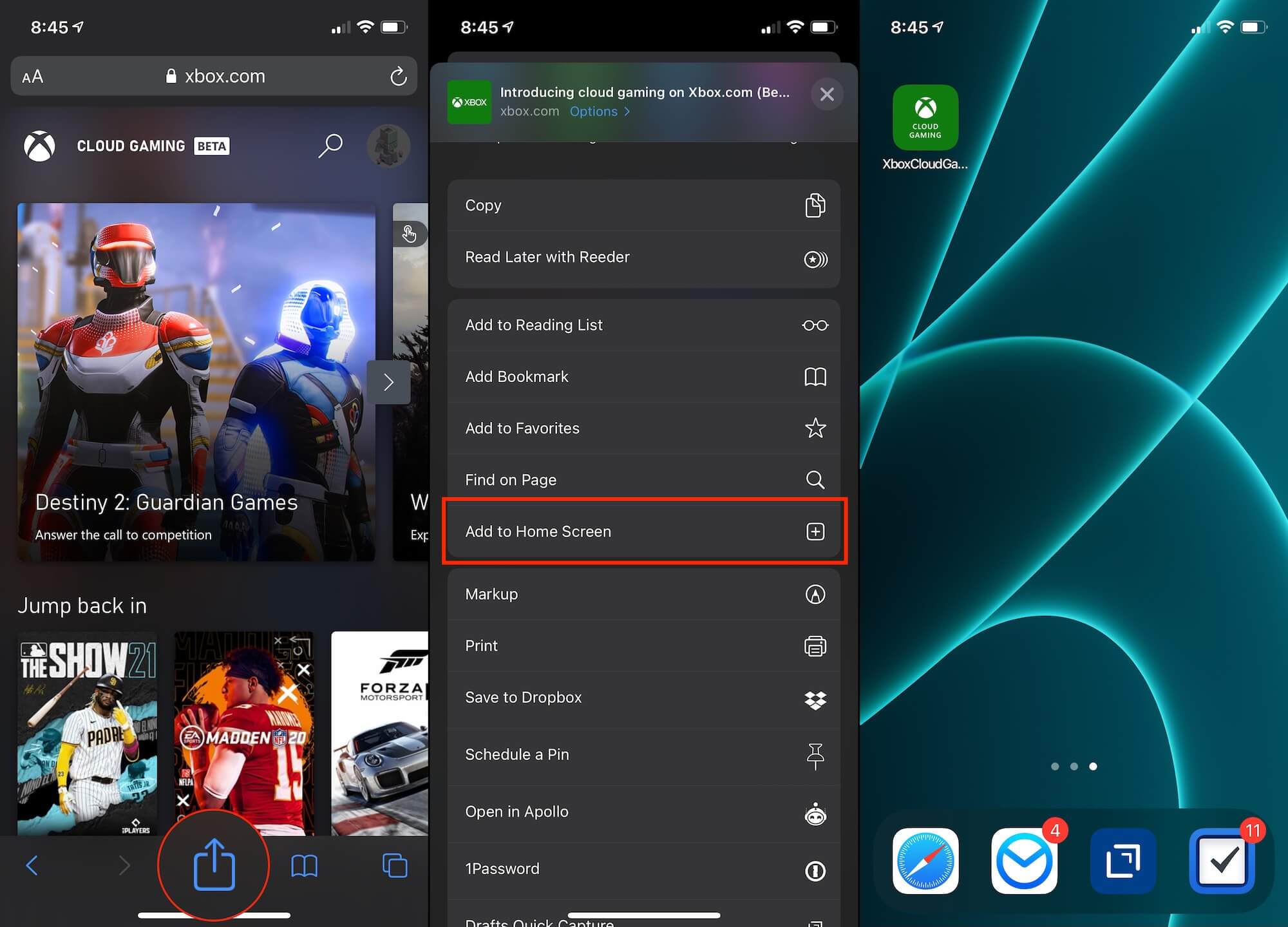 Now you can open Xbox Cloud Gaming from your iPhone or iPad just like it was a regular old app.

Use Xbox Cloud Gaming on Mac

If you want to play some of your favorite games on the bigger screen offered by your Mac, you are in luck. Microsoft has introduced the ability to use Xbox Cloud Gaming from either Chrome or Safari on your Mac. Here’s how to get everything set up:

Now that you’re controller is paired with your Mac, it’s time to get started with Xbox Cloud Gaming.

Should you consider Xbox Cloud Gaming

We’ve already detailed the constraints when it comes to acquire new gaming hardware in 2021. It’s practically next to impossible to get an Xbox Series S, Series X, or PS5. That doesn’t even take into account the constraints for those who want to build a PC with one of the new AMD or NVIDIA graphics cards.

We’ve been seeing the rise in popularity for the likes of other cloud gaming options, but Apple users have been left out. The wait is finally over, and with Xbox Cloud Gaming you can take your favorite games with you wherever you are.

Let us know what you think about Xbox Cloud Gaming and if you’ll be signing up, or if you’ll be sticking with your current methods for gaming.