You are here: Home / How-to / How to add Shortcuts to your Home Screen widgets with iOS 13 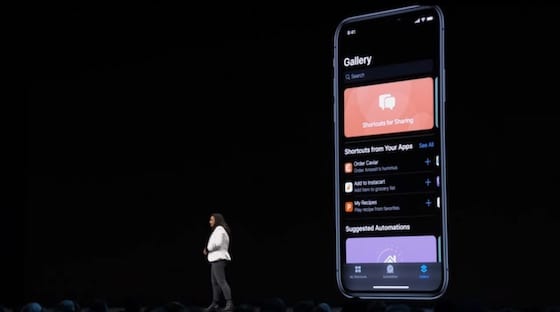 For years, Apple and iOS seemed to be getting stale with incremental updates year after year. This was primarily the case as it seemed that Apple spent years on trying to perfect the interface of its operating system, while leaving other features in the dust.
That has changed in recent years, and changed in a big way after Apple acquired the Workflow team. The Workflow team continued to work on its application under Apple’s umbrella, until the release of iOS 12.

With last year’s release, Apple introduced a new way to automate a myriad of actions along with a new name, Shortcuts. With iOS 13, there are even more updates to Shortcuts including the likes of time-based and location-based actions.

What happened to my Shortcuts widgets?

While Apple and the Shortcuts team have done wonders for the iOS 13 release, there seem to be some issues. For one, the first release of the beta software saw many custom-built Shortcuts become broken.
This is because Apple introduced a new settings option for trusted or untrusted Shortcuts. It makes perfect sense for this to be included for privacy concerns, but there are issues for those who use Shortcuts with the Today View.

How to Add Shortcuts to home screen widgets

After you have added whichever Shortcuts you want access to, chances are that the widget will say “No Shortcuts”. In order to fix this, you’ll need to follow these steps:

After you have toggled this setting to the on position, all of your favorite widgets will show up in Today View.

What is a “Trusted Shortcut”?

Unless you are someone like Rosemary Orchard or Federico Viticci and creating your own Shortcuts, you are likely using shared ones. This is fine if you are getting it from a trusted source like MacStories or even ones found here on AppleToolBox.
However, there are times that you may find a shortcut on Twitter or Reddit and those are the times that this setting is for. A Trusted Shortcut is one that you know is being added to your collection, and comes from a source that you trust.
If you don’t toggle the setting above and add an untrusted shortcut, you will receive the prompt below.

With iOS 13, when you add a new shortcut that doesn’t come from the Shortcuts app, you will have to scroll through all of the actions. This gives you the ability to essentially review the action of the shortcut to ensure that there is nothing malicious hidden.

What else has changed in Shortcuts for iOS 13?

Shortcuts is the most interesting addition to Apple’s software arsenal as it’s an app that seems like it is geared towards geeks and nerds. However, the company sees enough potential that major changes are being rolled out with the release of iOS 13.
As we mentioned above, Apple has decided to build this app directly into iOS. Before, there was a separate app that needed to be downloaded before you could experience the greatness of Shortcuts.
There are a few more changes with Shortcuts in iOS 13:
These changes will hopefully make Shortcuts even more popular with even the most basic users finding use in the app.

As we stated above, Shortcuts is one of the most exciting additions to iOS 13 and to iOS in general. We love seeing the integration into iOS as a system option, versus “hoping” people will install the application and tinker with what’s inside.
Plus, Apple has redesigned the gallery to make it more appealing, while adding the ability to automate these based on different situations. We are still in the early days of iOS 13, so we are hoping to see more features added ahead of the final release this Fall.
In the meantime, we want to know what your favorite Shortcuts are. So sound off in the comments below and let us know how you are automating your life!